Gavaskar, who received the medal and citation from former BCCI secretary SK Nair and current joint secretary Jayesh George, said he was thrilled to accept the medal 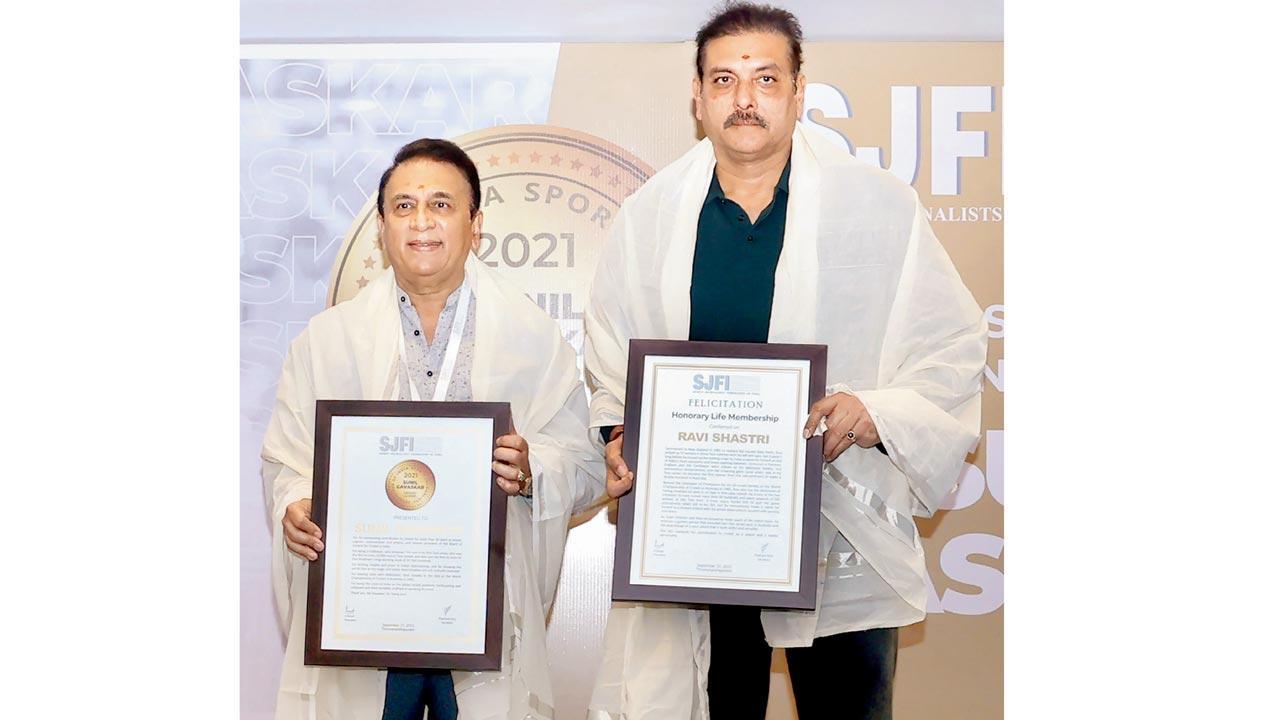 Sunil Gavaskar (left) and Ravi Shastri being honoured by the Sports Journalists’ Federation of India on Tuesday. Pic/PTI


Cricket legend Sunil Gavaskar and former India captain and coach Ravi Shastri were conferred the SJFI Medal and made honorary life member of the Sports Journalists’ Federation of India for their contribution to cricket as commentators, writers and analysts at an event here on Tuesday evening.

Gavaskar, who received the medal and citation from former BCCI secretary SK Nair and current joint secretary Jayesh George, said he was thrilled to accept the medal. “During my second year of playing cricket, I wrote an article for the Sportsweek. Mr (Sharad) Kotnis was the deputy editor and also the manager of the West Zone team that won the Cooch Behar Trophy. In those days, there was considerable interaction between the media and players. There was a trust factor. You could talk and you could sense that they wanted you to do well, they wished you well and wanted you to go forward in your career and that they would help you with their articles. That was such a big thing for a budding cricketer.”

Shastri also waxed eloquent on the media. “It’s a great honour to get this award because when I look at the faces here, a lot of you have covered a lot of my career. You don’t know how thankful we are for that period of time because print media was king. If there is a recall factor of the some of the games we played in the decades gone by, it is because of your articles,” remarked Shastri.

The presentation ceremony was presided over by A Vinod, the SJFI president.

Next Story : Hanuma Vihari to lead Rest of India in Irani Cup