Till the time I am playing for India, I would like to be an asset and not a liability," Dhawan told 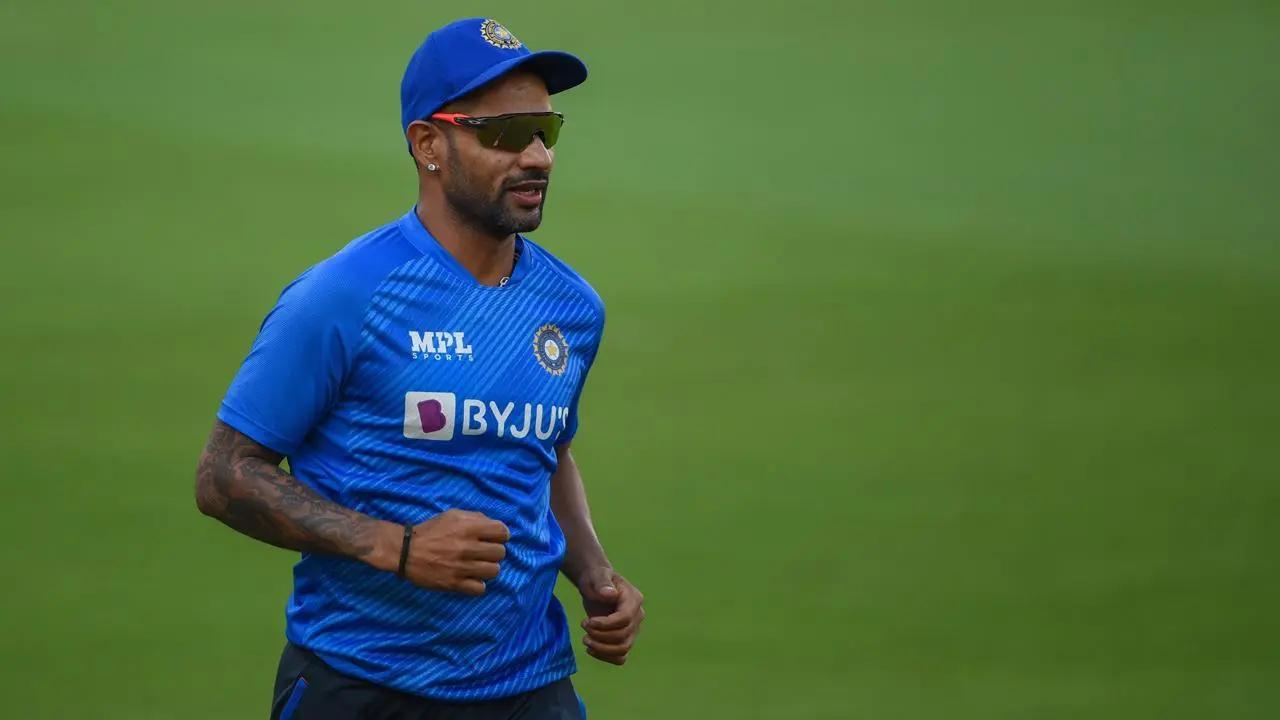 
Behind Shikhar Dhawan's cheerful exterior lies an intensely "spiritual man" who has made peace with representing India in only one format. Approaching his 37th birthday, Dhawan has made a pledge to himself. "Till the time I am playing for India, I would like to be an asset and not a liability," Dhawan told PTI in an exclusive interaction after leading India to an ODI series victory in the West Indies. From the start of 2020 till the end of West Indies series, Dhawan has played 22 ODIs and scored 975 runs with 10 half-centuries, the highest by an Indian batter by a distance.

"I am a calm, matured person. The performance is a reflection of my experience," Dhawan said when he was reminded of his phenomenal numbers. "My basics have been pretty strong and I have put in a lot of work to improve my technique. Understanding a format is also very important. I understand the dynamics of ODI format and that has helped me a lot," he added when probed further. So what is the process to remain consistent in ODIs at a time when bilateral T20Is are gaining precedence. Besides, there is also considerable gap between two 50-over series? "I never let this feeling creep into my system that "Oh God, I am playing only one format or I am playing an ODI series after a long time. Will my body respond well to the rigours of international cricket or will it not? Frankly speaking, I don't like entertaining these thoughts," the senior opener gave a peek into his thought process.

"I view it like this. If I am playing a format after a gap of two months or three months, it always gives me a chance to remain fresh and come into battle fully fit, and with enough time to work on my game." For Dhawan, it is important to value what he has rather than cribbing about what he doesn't. "I am always counting my blessings and if I am playing one format for India, I should try and make the most of it and give it my all. I am a very positive person. You won't find a negative bone in my body," he smiled.

Dhawan feels that fitness wise, he is getting better with age. "I think now, at 36, I am fitter than ever before and also skill-wise, I have gotten better. Gym sessions, skill sessions, running and yoga, these four things are core aspects of my training," he added. Of late, Dhawan hasn't played red ball cricket at first-class level and does get a lot of time apart from the IPL, where he is able to work on his game, something that has really helped him. "When I am not playing matches, I train at my own academy in Gurgaon. I mostly do my net sessions there. I try and hire some quality net bowlers. Also in and around Gurgaon, you have some good facilities and a lot of net bowlers who are ready to come and bowl to you."

"As a leader, you need to get best out of people with a smile"
Dhawan will soon be leading India in an away series in Zimbabwe, and is also likely to lead against South Africa at home in October, when the first team will be off to Australia for the T20 World Cup. While he completely understands that it is a makeshift role, the veteran of 155 ODIs with nearly 6500 runs is enjoying every moment of it.

"As a leader, my first instinct is to go with a bowler's plan. I ask them what's the plan and what exactly would they want in the fielding set-up. At the highest level, everyone is a hardcore professional, who are there because they know their job well." He comes into the picture, with his plan B, only when the bowlers have failed to execute their plans. "But yes, if their plan doesn't work, obviously there needs to be a Plan 'B' and me coming into the picture. "If a bowler is hit for a few boundaries, he is bound to be under pressure and that's the time the captain needs to put an arm around his shoulder.

"But then also politely nudge him that 'listen your plan isn't working, so why don't you try my plan for a change?'" A captain only grows into a role with time as one understands the core principles of man management, so very necessary at the elite level. "As a leader, when you start interacting with players, after a passage of time, you get a fair idea of how they react to situations. "No two players are same and the way you handle each of them will also be different -- with some you need to be a slightly lenient, with some you need to be a bit more pushy. That's the beauty of a leader. You have to give them love and extract the best out of them." While he understands that he is more of a stand-in captain, Dhawan does communicate with his opening partner and regular skipper, Rohit Sharma, when the latter takes a break. "Obviously, I speak to Rohit as he is the main leader. So when it comes to continuity, you need to discuss and consult with him. Team's vision is paramount for all of us."

"Have had good communication with Rahul bhai"
Head coach Rahul Dravid is big on communication, something that has helped Dhawan in expressing his ideas. "It's always a two-way street between captain and coach, and same is the case between me and Rahul bhai. Whatever decision is taken is a collective one," he said. "In meetings, every individual is given freedom to express his opinion and once we get multiple opinion, we come together and decide what's best. In this way, you empower people to think and at the same time decide what's best for the team," he reasoned.

Setbacks and spiritualism
For Dhawan, "balance on and off the field" is very important, in theory and in practice. "I have been a balanced person all my life. If you look at my career, I played the U-19 World Cup in 2004 where I was the highest scorer. But then, I had to wait for nine years before I made my Test debut (2013, Mohali)," Dhawan recollected his years of wait despite being a heavy scorer in domestic cricket. "From junior India to Test cap, it took me almost a decade and it couldn't have happened, if I wouldn't have been patient and remained positive." In the last four years, he has learnt playing the flute, and in fact, got a lot of traction on social media for his rendition of the Jagjit Singh classic 'Hothon se chulo tum, mera geet amar kar do'. Playing flute is a stress-buster for him and practising spiritualism after facing some personal setbacks has given his life new meaning.

"In my personal life also, I have seen ups and downs, and I have been able to come through those rough times because of spirituality. I listen to the teachings of spiritual gurus like Shivani didi and Gaur Gopal Das. Listening to their teachings brings in a certain sense of calmness in me," he said. He signed off with his life's philosophy. "To have a blessed life, you need to have a blessed mind first."

Next Story : Ireland beats Afghanistan by 7 wickets in 1st T20