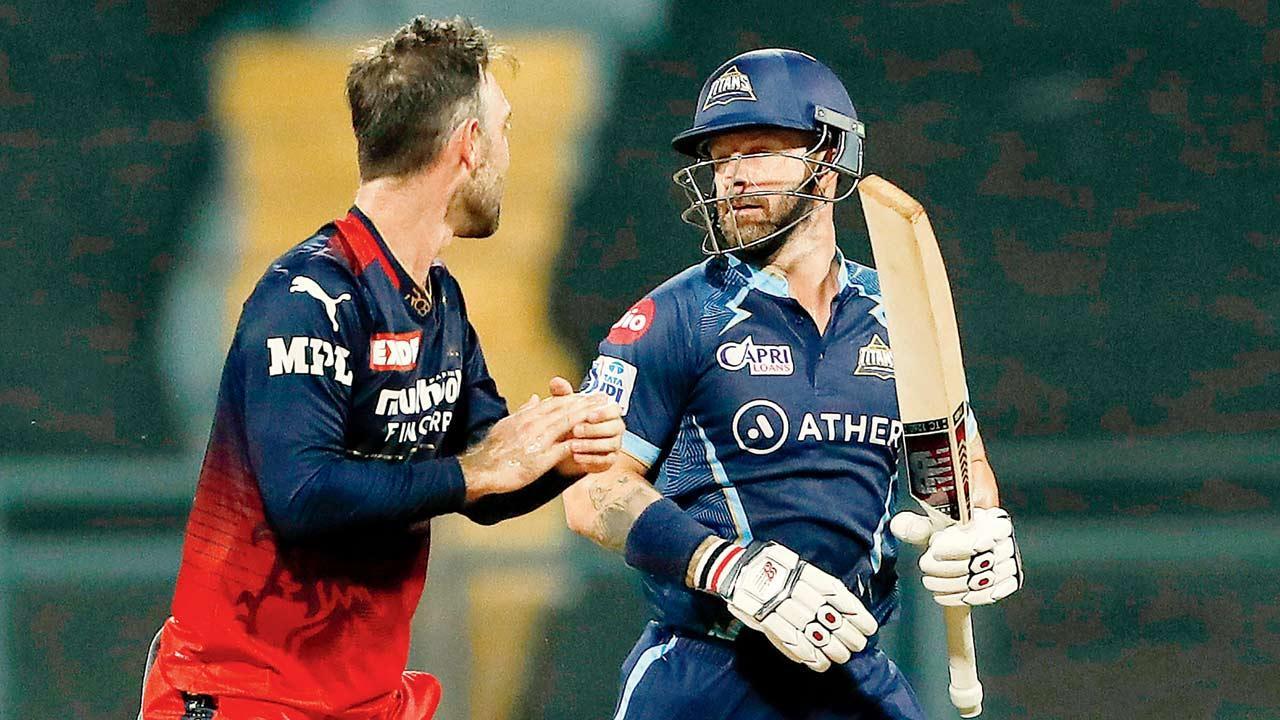 
Gujarat Titans top-order batter Matthew Wade has been found guilty of Level 1 offence of the IPL Code of Conduct and reprimanded for his actions following his dismissal in the match against RCB at the Wankhede Stadium on Thursday night.

The 34-year-old Australian was seen flinging his helmet and then repeatedly smashed his bat inside the dressing room after he was dismissed LBW for 16 by country-mate Glenn Maxwell. The dismissal triggered a debate with UltraEdge not showing any spike although it seemed that the ball had deflected when it passed the bat.

Gujarat Titans skipper Hardik Pandya rued that technology did not come to their rescue, but said overall on most occasions it has helped in taking right decisions. “I think it was slightly there [spike] in the ultra-edge. From the big screen, it was not visible. Because you can’t fault, if technology is not helping, then I don’t know who’s going to help,” Pandya said.

Next Story : Not able to contribute to team’s cause was bothering me: Virat Kohli