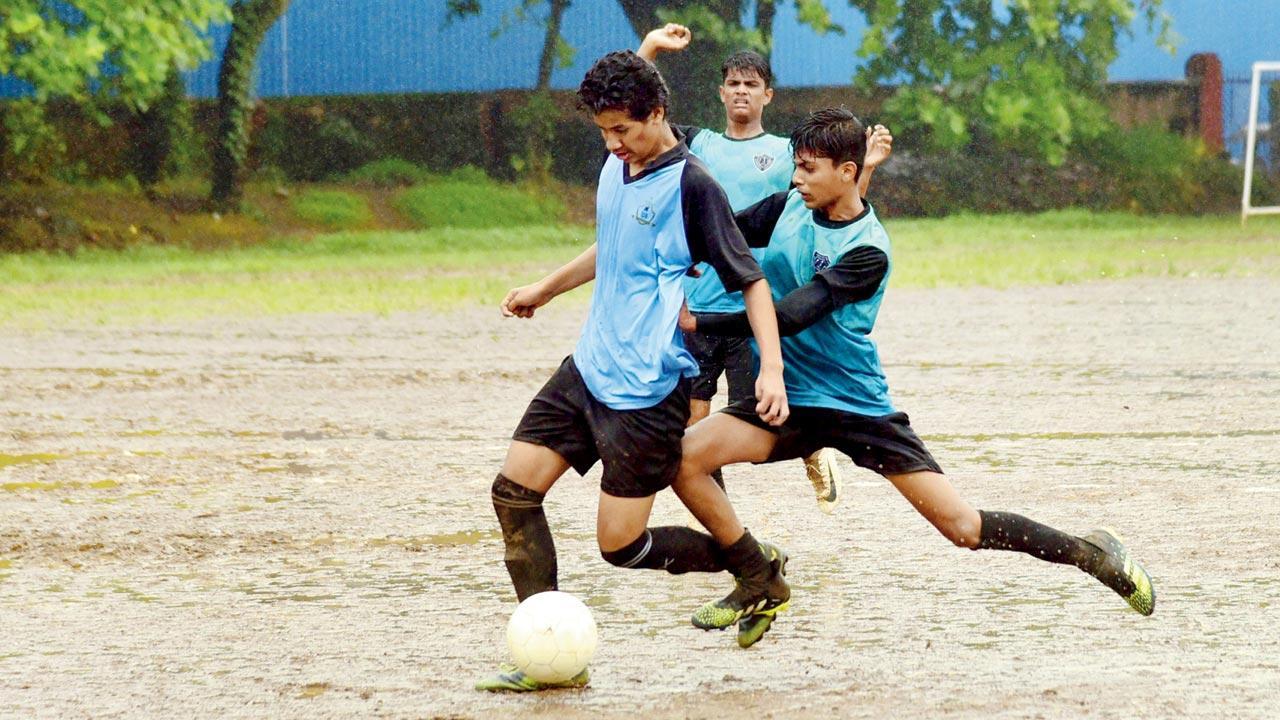 
St Joseph’s (Juhu) worked hard and produced a fighting performance to snatch a tight 1-0 win over Thakur Public School (Kandivli) in a boys’ under-16 Div-IV league match of the MSSA inter-school football tournament, at the St Francis D’Assisi HS ground, Borivli, on Thursday.

Ryan International ‘A’ (Chembur) also pulled off a narrow 1-0 win against JBCN International (Parel) with Heet Bhanushali striking the lone goal in the 21st minute.

St Aloysius HS (Bandra) charged to a convincing 4-0 win over Universal High School (Dahisar) in a one-sided encounter. The Bandra schoolboys started in rousing fashion and took an early lead when Zion Swami struck the first goal in the third minute.

Three minutes later, Jeet Parmar added the second to put St Aloysius in a strong position before Atharava Pawar scored the third to give St Aloysius a healthy 3-0 cushion at the break. After the change of ends, St Aloysius fired home one more goal through Ayush Vaish to complete the winning margin.