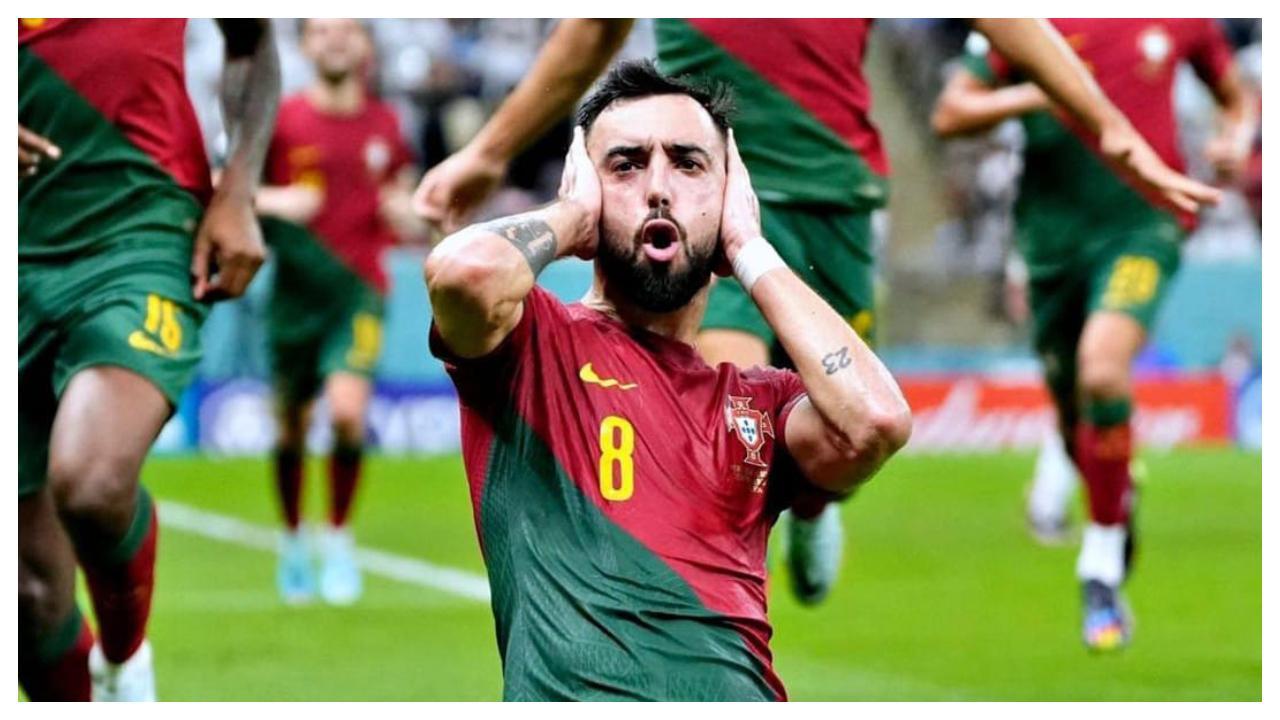 
A brace from Bruno Fernandes helped Portugal to a 2-0 win over Uruguay and a place in the knockout stage of the FIFA World Cup.

On Monday, in the last match of the day at Lusail Stadium in Qatar, Portugal's second successive win took them to six points and to the top of the Group H standings leaving Uruguay, Ghana and South Korea to fight for the second qualification spot from the group.

Portugal joins Brazil and France, the other two teams which have made it to the knockout stage so far.

Former winners and hosts of the first edition of the football showpiece event Uruguay, which drew with South Korea in their first match, now have just a point from two matches and play their last match against Ghana. The African side earlier on Monday defeated South Korea 3-2 in a five-goal thriller and are with three points.

After a barren first half, Portugal scored nine minutes into the second half through Bruno and the Manchester United striker added a second one in stoppage time of the second half.

The first goal was initially credited to his former Manchester United teammate Cristiano Ronaldo but thereafter credited to Bruno.

In a breakthrough move, Bruno cross eluded Uruguay keeper Sergio Rochet and before that as the ball was travelling towards the net, Ronaldo tried to produce a glancing header but did not make contact with the ball ending up in the net and was rightly credited to Bruno.

Uruguay down by a goal pressed the panic buttons and shifted gears during which period they came close to scoring a few times with one of their efforts hitting the metal work. Due credit to the Uruguay substitute, who changed the pace of the match.

And it was a stunning introduction from Maxi Gomez. After getting a pass on the edge of the box, his first time curled past a flinging Diogo Costa under the Portugal bar only to find the ball bounce off the right upright and away. That was the closest Uruguay came close to equalizing.

Portugal celebrated the goal with a second one through a controversial injury-time penalty which was awarded after VAR review.

With Ronaldo substituted, Bruno stepped up to take the spot kick and he makes a little skip in the air and just waits for Sergio Rochet to fall to the left and just strokes it to the right. A really comfortable hit into the back of the net, 2-0.

Thereafter, Bruno had a chance to register his hardtack but his effort in the eight minute of stoppage time came off the metal work.

Next Story : My four semi-finalists are Brazil, Argentina, Belgium and England: Wayne Rooney