With the next Asian Cup slated in late 2023 or early 2024 after the pull-out of China, Chhetri, who will complete 17 years’ in International football, might see this tournament as the ‘final frontier’ in his illustrious career 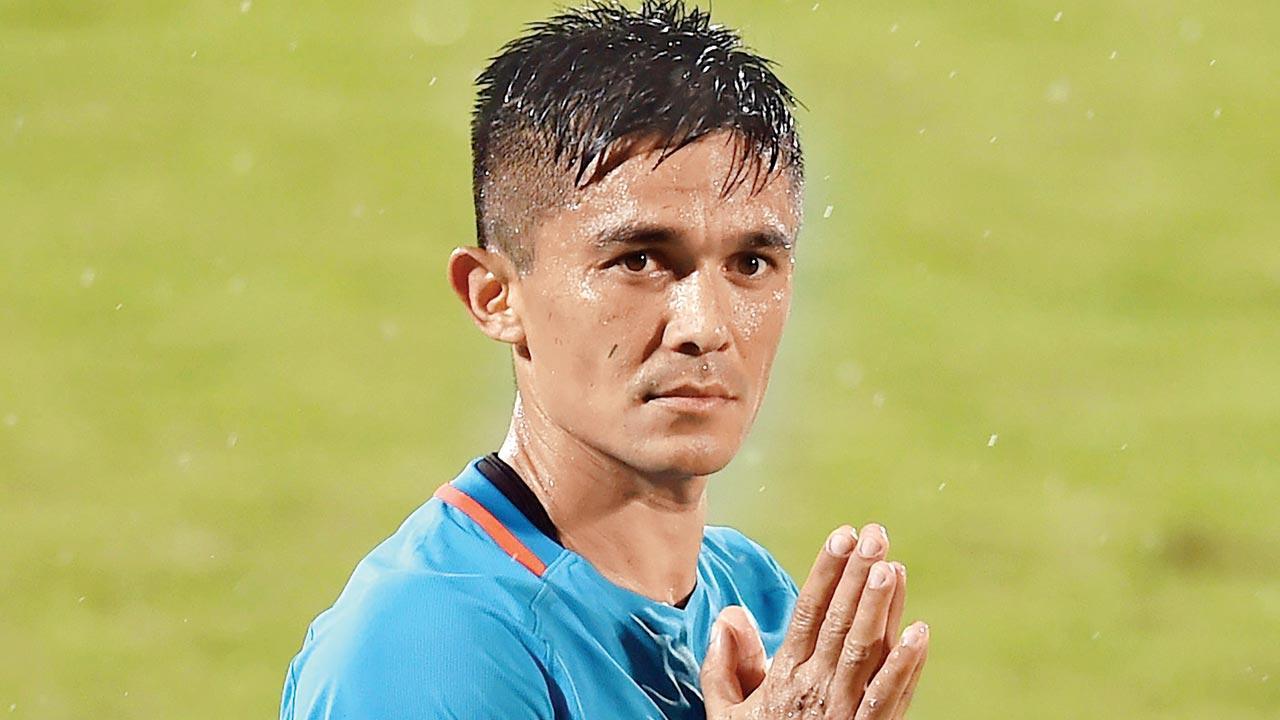 
Skipper Sunil Chhetri will get a chance to bolster his tally of 80 international goals as the Indian team gears up to steamroll 171st ranked Cambodia on Wednesday in its bid to make a fifth appearance in AFC Cup tournament proper.

Cristiano Ronaldo (117 goals from 188 games), Lionel Messi (86 from 162 games) have been on a scoring spree and no wonder at his level, the Indian talisman would like to ride the roughshod over Cambodia, Afghanistan (150th) and Hong Kong (147th).

While no one is comparing the international levels at which they operate, briefly surpassing Lionel Messi won’t be a bad feeling for the 37-year-old.

With the next Asian Cup slated in late 2023 or early 2024 after the pull-out of China, Chhetri, who will complete 17 years’ in International football, might see this tournament as the ‘final frontier’ in his illustrious career.

“I want to qualify. If I’m not there, my country will be there. So either I’ll be having a beer and watching Udanta sprint, or you having a beer and I’ll be sprinting there. But we want to be there,” Chhetri made his intention clear ahead of his 126th International appearance.

This is a tournament which gives India the best chance to qualify for the Continental trophy without much fuss but if there is a slip-up against lowly-ranked nation, Chhetri or coach Igor Stimac will have little room for justification.

The Blue Tigers under Stimac did not have a perfect build-up to the continental showpiece, having lost all their three International friendlies arranged in the lead-up to the qualifiers.