How Mumbai’s Coutinho made it to World Cup games

The wily forward has been employed with Qatar Airways, the FIFA World Cup’s official airline, for the last decade-and-a-half, and currently is Duty Manager, Customer Services 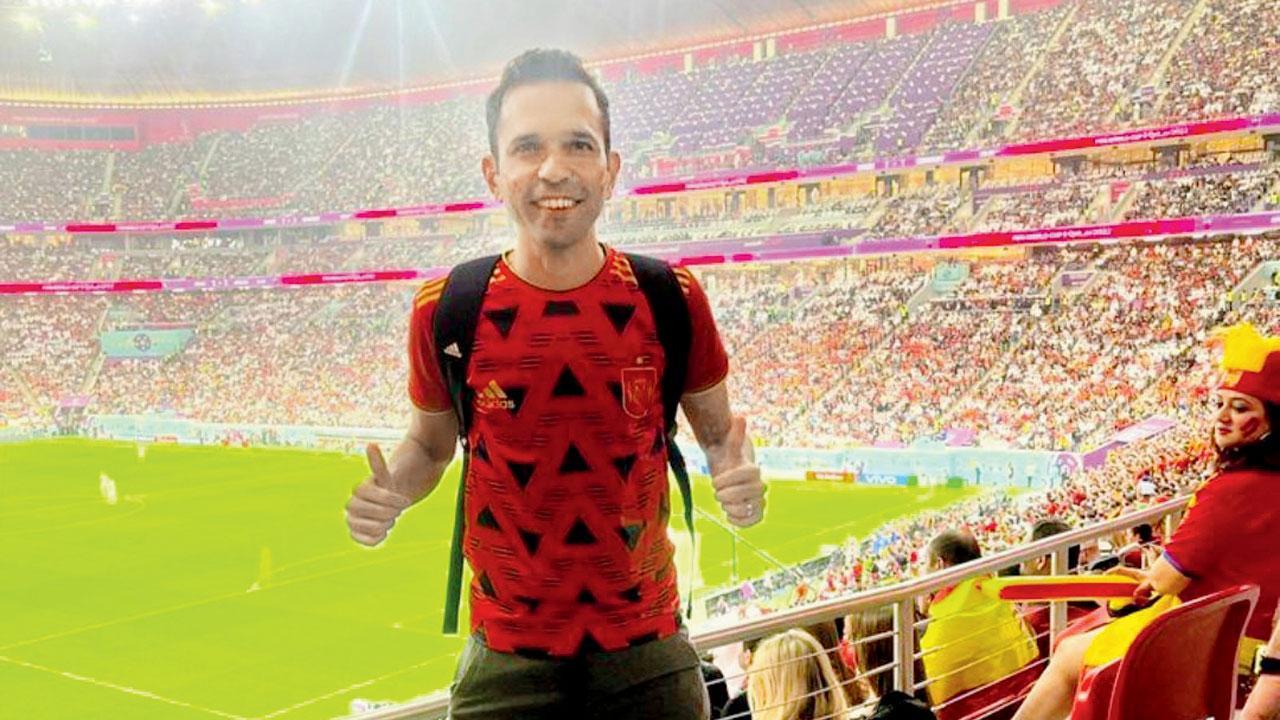 
A familiar face in a foreign land is always a pleasant surprise. This correspondent bumped into former Mumbai hockey player Juned Jada, now Coutinho (he has adopted his mum’s surname) at Sunday night’s Germany v Spain FIFA World Cup match at the Al Bayt Stadium here. The wily forward has been employed with Qatar Airways, the FIFA World Cup’s official airline, for the last decade-and-a-half, and currently is Duty Manager, Customer Services.

A blessed footballer too, Coutinho, 40, continues to play local hockey and football tournaments here. And in one such inter-departmental football competition, he was lucky to win FIFA World Cup tickets.

“Our team, Ground Services, lost in the final to the Technical Team, but I got the highest goal-scorer [five goals] award. I won free tickets to two matches [Portugal v Ghana and Germany v Spain]. It was the perfect gift because otherwise these Category-1 tickets cost anywhere between QR 600 to 800 [approximately Rs 15,000] each,” added Coutinho, who represented both Mumbai and Maharashtra at junior and senior national levels besides excelling Mumbai Customs, Tata Sports Club and finally Air India, between 1999 to 2005. He was also part of the Maratha Warriors team at the erstwhile franchise-based Premier Hockey League, where he played under Olympian Viren Rasquinha.

So does he miss the Mumbai hockey circuit? “Most definitely,” was the quick response. “Mumbai hockey is top-level stuff and whatever I have achieved till date is because I was part of that hockey circuit. A lucrative career opportunity got me here else I would have definitely thrived further in the sport back home,” added Coutinho, who lives in Doha with his wife, Dilecta, and daughter, Cidelle, three.

Brazil is his favourite team and Portugal skipper Cristiano Ronaldo, his favourite player. “I was really lucky to watch my hero Ronaldo in the flesh. And he even scored [v Ghana]. At 37, some believe he is old, but as they say, old is gold,” added Coutinho, whose home is decorated with flags of all the 32 WC teams besides a host of trophies he has won over the years during his hockey heroics in Mumbai.