FIFA World Cup 2022: Advantage USA as they lead Iran 1-0 at first half

The American side stepped up their game as they needed a win to advance to the knockout stage of the ongoing FIFA World Cup. They found their hero in Pulisic as the Chelsea star found the back of the net to spark celebrations in his dugout 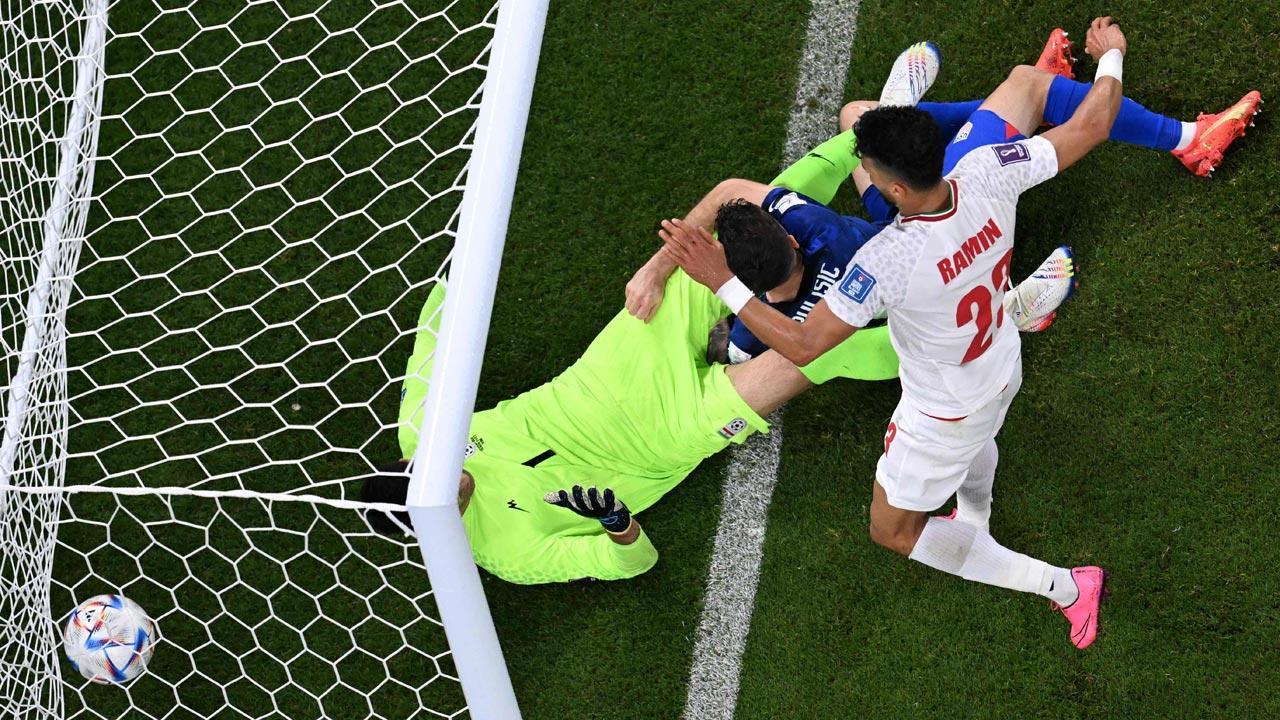 USA's forward Christian Pulisic collides with Iran's goalkeeper Alireza Beiranvand as he scores his team's first goal during the Qatar 2022 World Cup Group B football match between Iran and USA at the Al-Thumama Stadium in Doha. Pic/AFP


USA enjoyed a slender 1-0 advantage against Iran at the end of the first half after Christian Pulisic scored in the 38th minute at the Al Thumama stadium on Wednesday.

The American side stepped up their game as they needed a win to advance to the knockout stage of the ongoing FIFA World Cup. They found their hero in Pulisic as the Chelsea star found the back of the net to spark celebrations in his dugout.

If not for the offside in the final minute of the first half, they would have ended with a two-goal advantage over Iran. Timothy Weah scored in the wee minutes only to be denied the goal as he ventured too far ahead to be called offside.

The first half between the teams was electric as a lot was at stake for both. They went all out in their approach as it made for great viewership. The USA looked slightly ahead of Iran in the first 15 minutes as they were able to manoeuvre the ball cleverly and create chances to score.

They seemed to have momentum with them, since their players were able to breach the Iranian defence constantly, causing trouble for them.

Iran made their first inroad into the penalty area against the United States in the 31st minute as Nourollahi searched the area left behind. However, Englishman Turner collected the ball and outpaced him in speed.

The half saw Iran struggling to get forward as the USA kept making inroads in their defence. They failed to get out of their half and only had one lone attacking play in the half.

Iran were lucky to have avoided a second goal as it was called offside in the ending minutes of the first half.

The first half ended with the USA clearly happy off the two sides with Pulisic making a crucial contribution.

Next Story : Meet the Argentina man enjoying his 17th WC!