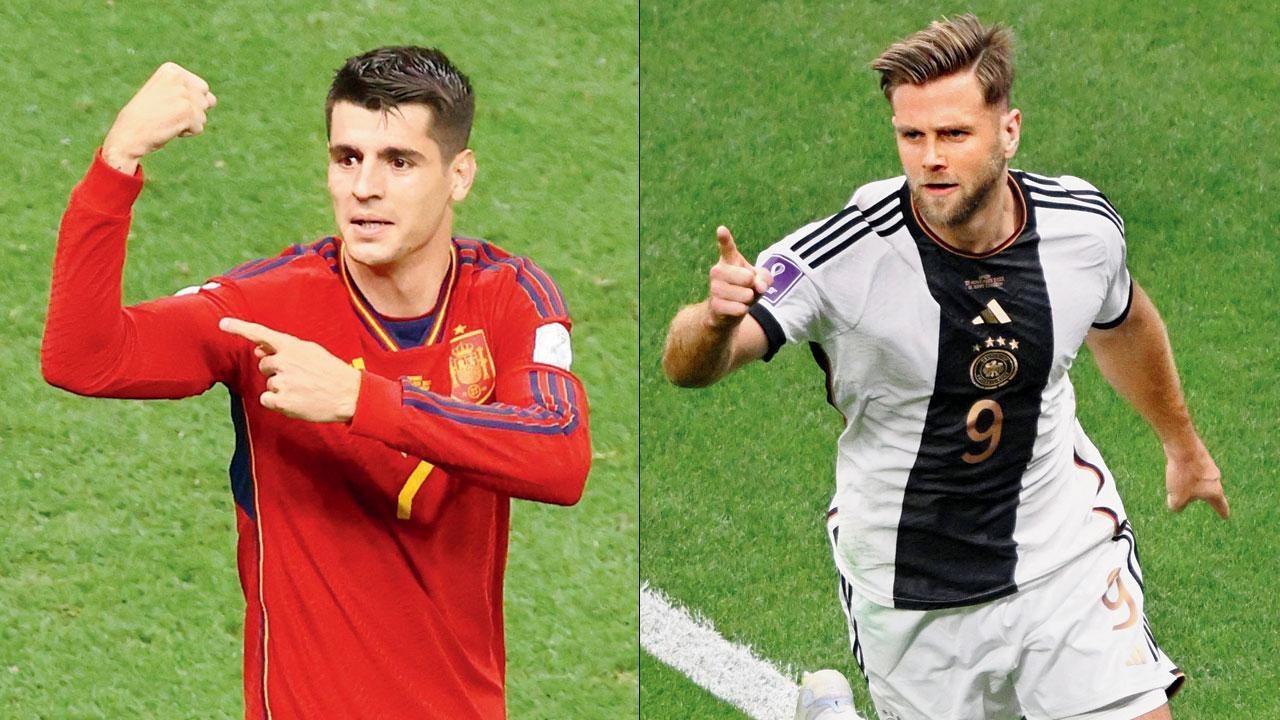 
Second-half substitutes Alvaro Morata and Niclas Fullkrug made the most of their opportunity, scoring a goal each for Spain and Germany respectively in a thrilling 1-1 drawn encounter witnessed by a crowd of 68,895 at the Al Bayt Stadium on Sunday night.

Despite Spain enjoying a lion’s share of the possession and initially dominating the affair with some slick first-time passing, the Germans did well to do what they do best—fighting back in the nick of time—to keep themselves alive in the competition.

Morata, 30, who came on in the 54th minute, put the stylish Spaniards ahead just eight minutes later when he beautifully turned in a Jordi Alba pass, beating German custodian Manual Neuer at the near post.

Fullkrug, 29, who was brought on in the 70th minute, restored parity 13 minutes later, when he picked up the ball off Jamal Musiala, who had turned inside the Spanish striking circle, and hammered it into the roof of the net, giving custodian Unai Simon no chance.

Both forwards are poles apart when it comes to experience, but they are pure No.9s—out-and-out strikers. However, here too, they have contrasting playing styles that make them invaluable to their national team, and this was evident on the night.

While Spain began with Marco Asensio, Ferran Torres and Dani Olmo upfront, and though their positioning was spot-on, with Asensio even missing an easy shot on goal early in the game, it’s the incisive running that the Spaniards were missing. As soon as Morata came on, within minutes he had a good three of four runs into the German box. He finally placed the ball past Neuer, capping off another fine run.

Germany, on the other hand, began with forwards Thomas Mueller and Serge Gnabry, who had to do a lot of ball-chasing so there was no question of any penetrating runs. When Fullkrug came on, however, he hardly carried the ball deep. Instead, being the more clinical finisher, he was opportunistic in picking up the ball off Musiala’s hard work and then using his power as an advantage to beat Simon.

Both coaches hailed their subs. “Alvaro is going through an exceptional moment in terms of physical condition. He’s fresh, playing fluidly. You’ve witnessed his final touch. He’s found the net twice in the two short spells he has got to play. He’s a guarantee as a player,” said Spain coach Luis Enrique of Morata, who made his Spain debut in 2014, and has over 50 international caps to his name.

“I’m very happy that Niclas showed with his certainty how goals are scored. That distinguishes him and that’s why he is here. He gives a lot to the team, not only this goal. He’s also a very nice boy. He has his heart at the correct spot,” said German boss Hansi Flick about Fullkrug, who played only his third senior national cap, having made his debut less than a month back.

Next Story : How Mumbai’s Coutinho made it to World Cup games