Mbappe struck in the 61st minute. The goal came through the combined efforts of Theo Hernandez and Mbappe, the latter converting a pull-back from the former, the ball taking a little deflection off Christensen on its way past Schmeichel 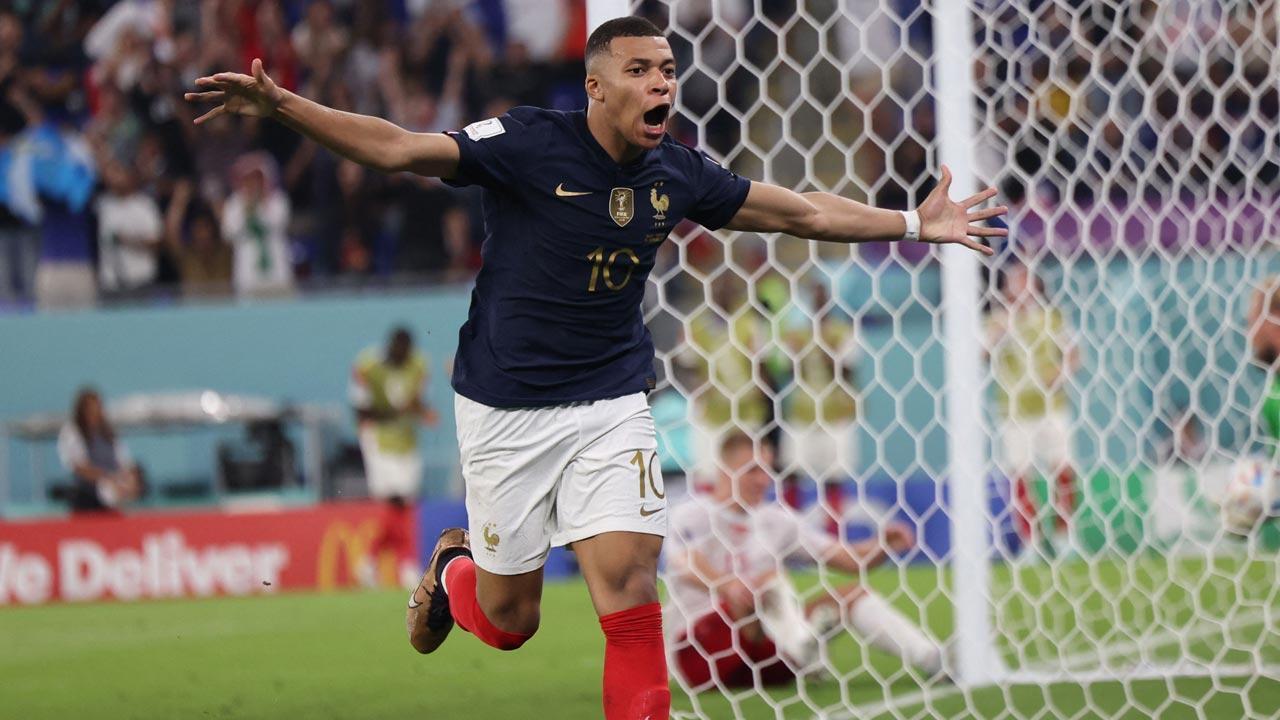 
Defending champions France became the first team to qualify for the knockout stage of the 2022 FIFA World Cup after a fighting 2-1 win over Denmark at the 974 stadium on Saturday.

With two successive wins, the first one against Australia (4-1), the French men now lead Group D with six points, leaving Denmark, Australia and Tunisia to fight for the remaining qualifying spot from the group.

Australia, which earlier in the day defeated Tunisia 1-0, are on three points while Denmark, which drew their first match against Tunisia, have one point in their kitty from one loss and one draw.

In the last round matches of the group, Tunisia meet France and Australia take on Denmark, which will turn out to be a winner-takes-it-all clash.

On Saturday, Kylian Mbappe scored both goals while Andreas Christensen struck for Denmark. Mbappe scored in the 61st minute while Christensen equalised seven minutes later for Denmark, only to find the Frenchman scoring again in the 86th minute to register his second goal of the match and the third of the tournament.

After a goalless first half, Mbappe came alive in the second session, producing one breathtaking run, forcing Kasper Schmeichel into a smart save followed by a goal,

Mbappe struck in the 61st minute. The goal came through the combined efforts of Theo Hernandez and Mbappe, the latter converting a pull-back from the former, the ball taking a little deflection off Christensen on its way past Schmeichel.

France's lead was short-lived as Denmark fought their way back with a goal in the 68th minute.

Denmark drew level with Christensen scoring with a powerful header off a corner after Joachim Andersen gets a flick on Eriksen's delivery to the near post.

France restored the lead soon, this time Mbappe bundled the ball home with his thigh, stealing in behind Kristensen to convert a curled Griezmann cross. He scored from all of six inches out there but his movement as soon as he saw Griezman get the ball was terrific.

"Yes, we need to win against Australia. We know that. We are very much focused on that," Denmark coach Kasper Hjulmand said during the post-match press conference.

Sitting third in the group with one point, Denmark have to beat Australia in their final group game or they're out of the tournament.

The qualification equation will change if Tunisia upset France then it could come down to the goal difference between Tunisia, Denmark and Australia as to who goes through in second place.