Uruguay won their final Group H match in Qatar but were denied a place in the last 16 by South Korea, who beat already qualified Portugal 2-1 to join them in the knockout stages 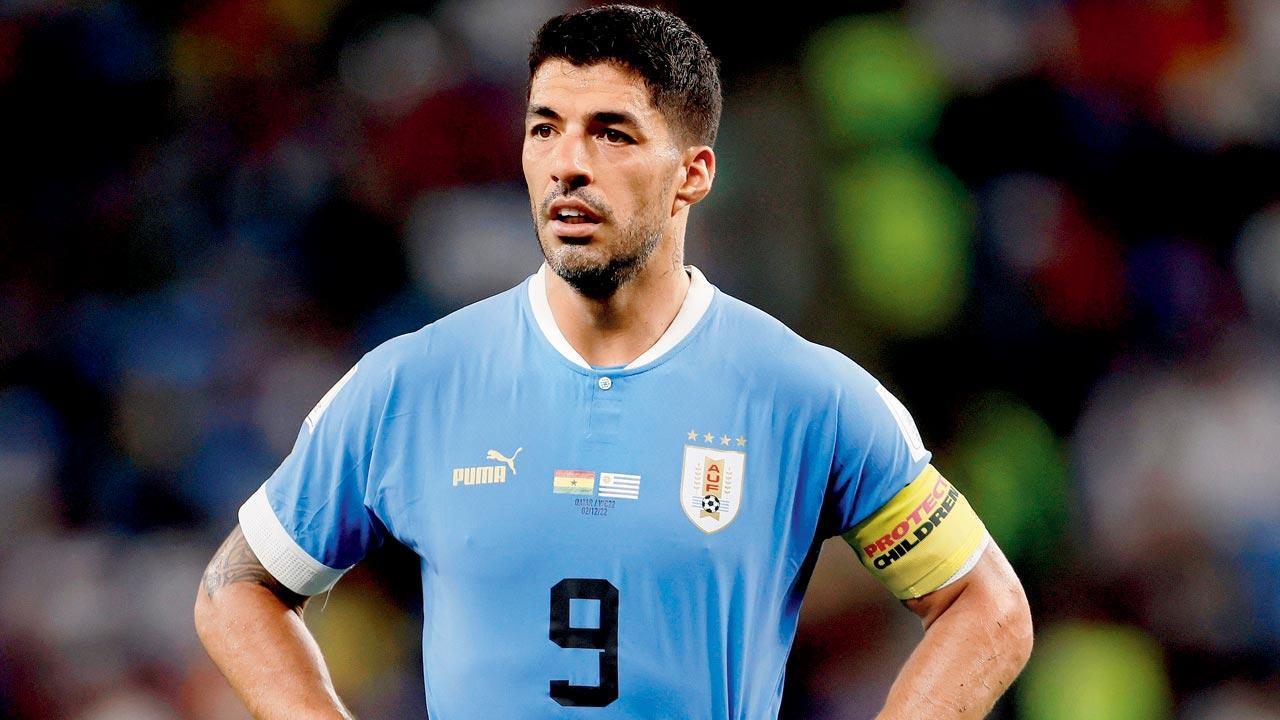 Luis Suarez of Uruguay during the match against Ghana on Friday. Pic/Getty Images


Luis Suarez admitted he was leaving his fourth and final World Cup feeling “sadness and disillusionment” following Uruguay’s elimination on Friday despite a 2-0 win over Ghana.

Uruguay won their final Group H match in Qatar but were denied a place in the last 16 by South Korea, who beat already qualified Portugal 2-1 to join them in the knockout stages. The Koreans qualified on goals scored. Suarez left the field in tears while fellow veteran Edinson Cavani knocked over the VAR screen in anger as he headed back to the changing rooms.

“I feel sadness and disillusionment. I was lucky enough to play in four World Cups,” Suarez, 35, told Uruguayan TV station Teledoce. “Before the match I was thinking about my four-year-old son who had never seen me win a World Cup match. Today he saw me win but with an image of sadness. For a father, for a
player, that’s tough.”