Uruguay's Sergio Rochet conceded a penalty after a foul. Still, Ghana's Andre Ayew failed to capitalise on this great opportunity as his left-footed shot was saved in the bottom right corner 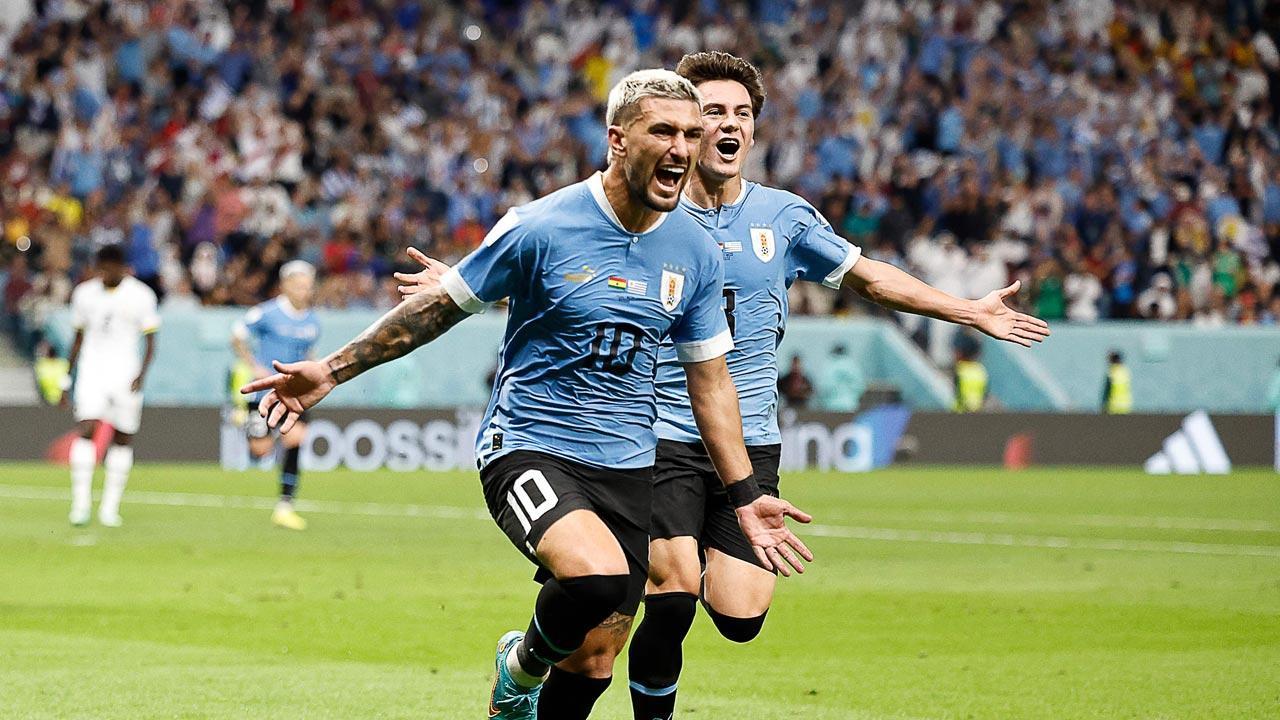 
Giorgian de Arrascaeta scored a brace for Uruguay as they defeated Ghana 2-0 here at Al Janoub Stadium but despite the victory, they failed to advance to the last 16.

Ghana started off aggressively as Inaki Williams' assist helped Jordan Ayew's right-footed shot from outside the box was saved in the bottom right corner.

Uruguay's Sergio Rochet conceded a penalty after a foul. Still, Ghana's Andre Ayew failed to capitalise on this great opportunity as his left-footed shot was saved in the bottom right corner.

In the 26th minute, Uruguay took Giorgian de Arrascaeta's header from very close range to the centre of the goal.

Six minutes Luis Suarez's assist helped Giorgian de Arrascaeta take a right-footed shot from the centre of the box to the centre of the goal. Arrascaeta's brace helped Uruguay take a 2-0 lead going into half-time. The South American side got five yellow cards while Ghana got only two.

In the second half things did not go the way Uruguay would have liked as Suarez got a yellow card in the 60th minute. Uruguay had seven shots on target in comparison to Ghana who had only 4. However, Ghana had slightly more possession of 51 per cent compared to Uruguay, which had 49 per cent.

In Group H's other encounter, South Korea's 2-1 triumph over Portugal took them through to second place. Uruguay and South Korea both ended with a zero-goal difference but the Koreans scored a total of four goals in their three matches, with the South American team scoring only two goals against Ghana.

Next Story : FIFA World Cup 2022: Cameroon crash out despite 1-0 win over Brazil