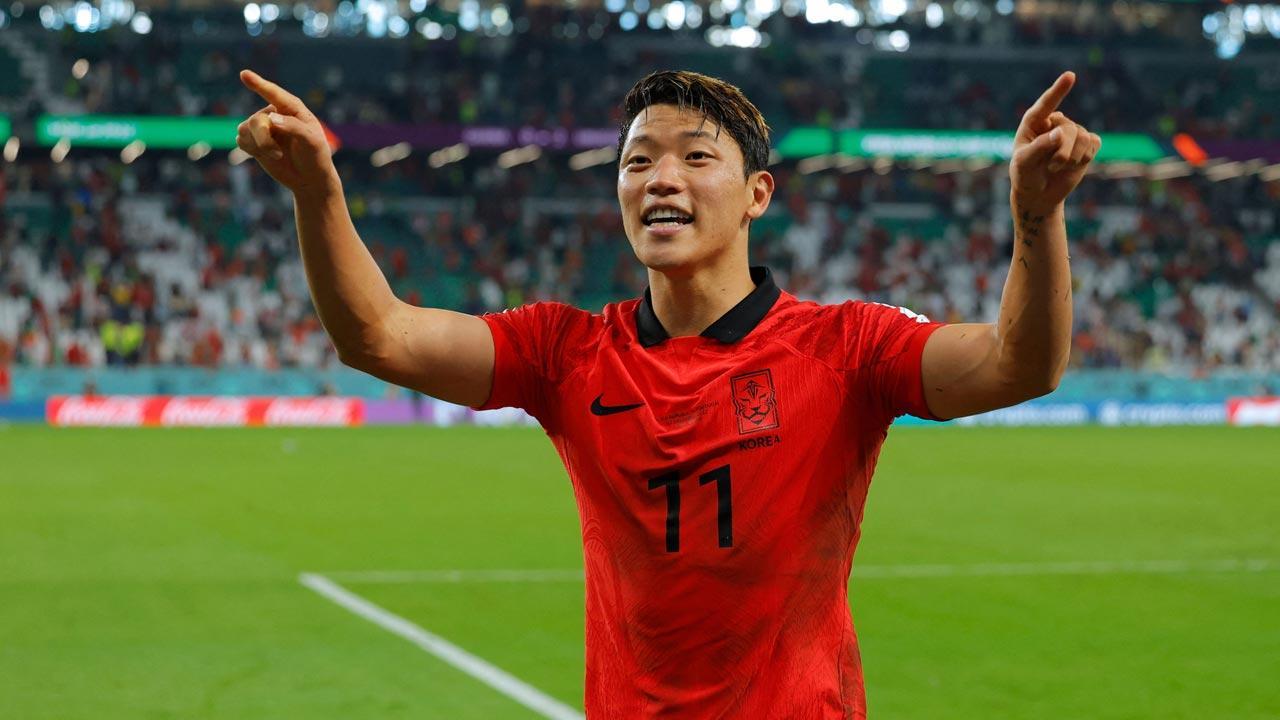 
Hwang Hee-Chan's goal in stoppage time helped South Korea stun Portugal 2-1 in their last Group H match of the FIFA World Cup 2022 being played here at the Education City Stadium. With this win, the Koreans made it to the pre-quarters.

The 2016 Euro Champions started off aggressively taking the lead in the fifth minute of the match. Diogo Dalot's assist helped Ricardo Horta take a right-footed shot from very close range to the high centre of the goal.

Ten minutes later Portugal tried hard again as Joao Cancelo's right-footed shot from a difficult angle on the left was saved in the bottom right corner. Pepe also tried a through ball but this time Cancelo was caught offside.

Also Read: Morocco ready to ‘aim for the sky’ after fairytale run in Qatar

South Korea made their first aggressive move in the 16th minute when Son Heung-Min's right-footed attempt with the help of Jung Woo-Young's assist from the left side of the box was blocked.

In the next minute, Jung Woo-Young tried a through ball but Kim Jin-Su was caught offside.

Finally, in the 27th minute, South Korea managed to level the score 1-1 when Kim Young-Gwon's left foot shot from very close range to the centre of the goal following a corner.

In the 30th minute, Pepe tried a through ball but Cristiano Ronaldo was caught offside. Both the teams entered into half-time with the score level at 1-1.

Both teams made many attempts in the second half but failed to score. The match went to the stoppage time where Son Heung-Min's assist helped Hee-Chan take a right-footed shot from the centre of the box to the bottom left corner to give their team a 2-1 win and make it to pre-quarters.

Portugal had six shots on target and so did South Korea. In terms of possession Portugal was far ahead having 62 per cent while Korea had only 38.

South Korea are likely going to face Group G winners Brazil. On the other hand, Portugal will take on Switzerland, Cameroon or Serbia.