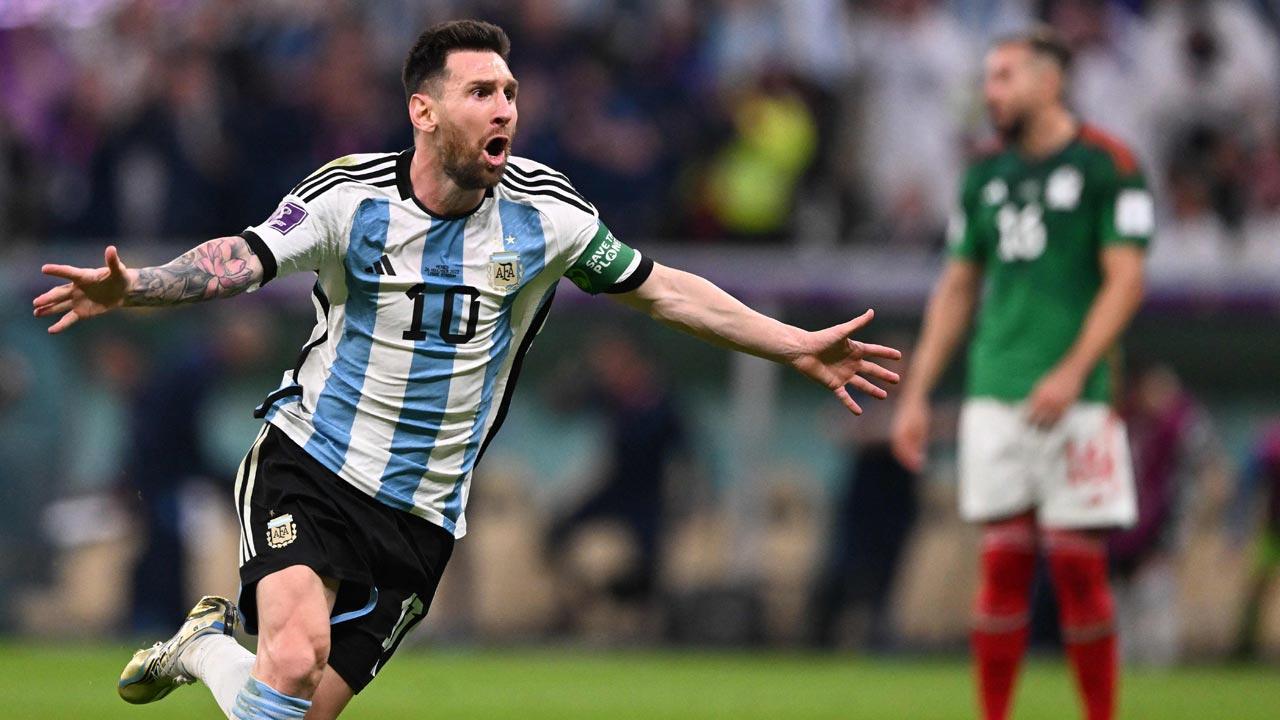 On Saturday, in the last match of the day, Argentina, which lost their first match to Saudi Arabia, scored in the 64th minute through Lionel Messi to register their first win and three points.

La Albiceleste struck a second time in the match through a gem of a goal from Endo Fernandez with three minutes left for the normal period of play to end.

Argentina now have three points after two matches and now are second in Group C with three points, tied with Saudi Arabia and one point behind leaders Poland, who beat the Saudis 2-0 in the earlier game.

Both Argentina and Mexico meant business right from kick-off but could not create scoring chances and it was left to the brilliance of Messi to open the floodgates of the Mexico defence.

The seven-time Ballon d'Or winner broke the deadlock with a powerful left footer drive which eluded the outstretched Mexico keeper Guillermo Ochoa after being set up by Angel Di Maria from outside the box.

Ochoa was hitherto unbeaten in Qatar. The strike, then, needed to be true and accurate -- and Messi's crisp shot met both criteria, scooting inside Ochoa's left post. The unthinkable prospect of Messi's attempt to win a first World Cup going south after two matches was banished with one swipe of the most famous left foot on the planet.

Messi had a hand in the second goal too as the flag kick taken by him ended up with Fernandez, who curled his effort into the top corner for a stunning goal in the 87th minute. The 21-year-old striker who plays club football for Portuguese side Benifica and who came as a second half substitute 'labelled' as talented by Messi showed why he is so and why he is on the shopping list of English Premier League giants Liverpool and Manchester United at a transfer fee of 15 million pounds.

Earlier, Messi was in the thick of the action when the 35-year-old genius sent a 22-yard free-kick over the bar six minutes after half-time which added to the anxiety of the Argentinian fans.