FIFA World Cup: It feels like a nightmare, says Brazil's Neymar after loss to Croatia in QFs 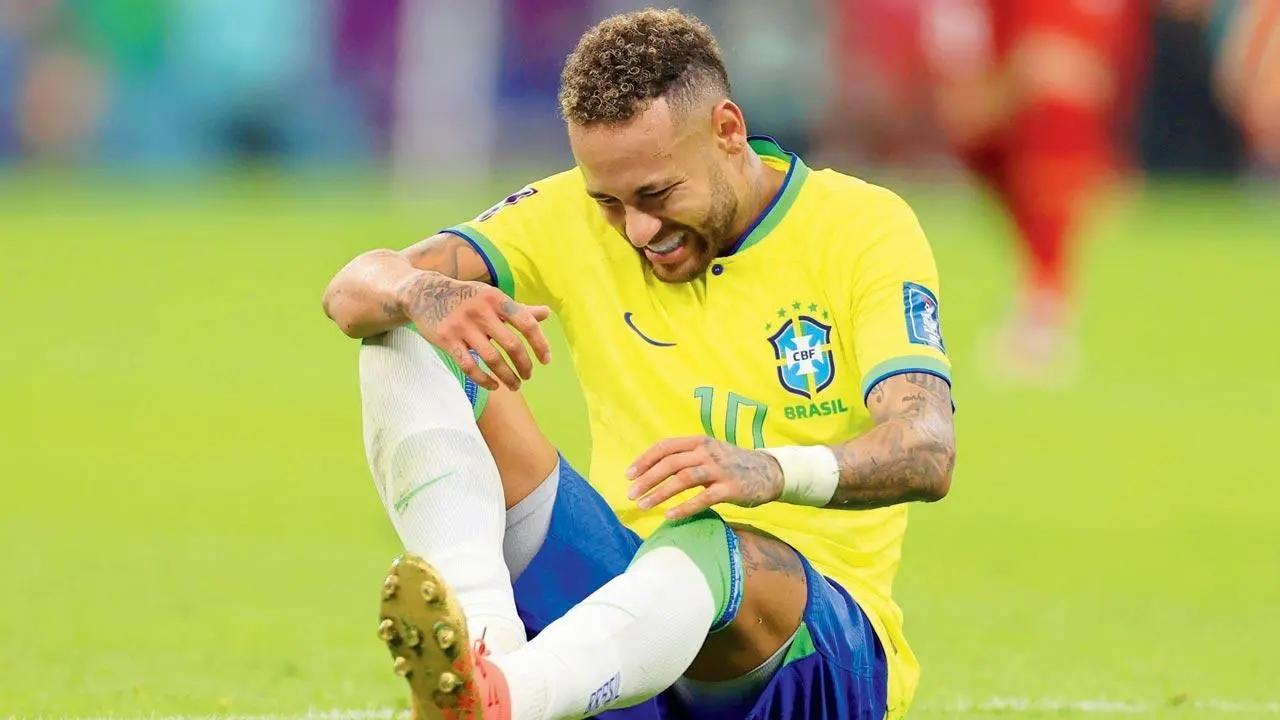 
Following his side's exit from the ongoing FIFA World Cup in Qatar after the loss to Croatia, star Brazil striker Neymar said that the defeat "feels like a nightmare". Croatia trounced Brazil 4-2 to keep their clean sheet in penalty shootouts at the World Cup and qualified for the semifinals in a nail-biting encounter at the Education City Stadiumon Friday.

"It feels like a nightmare. It is hard to believe this is happening," Neymar was quoted as saying by Sky Sports. The star player kept his future with the national team open after this heartbreaking defeat. "Honestly, I do not know what is going to happen. It is hard to talk about it right now." "It would be too hasty to come here and say that this is it, but I cannot guarantee anything. I have to take some time to think about it. I am not closing any doors, but I'm also not saying 100 per cent that I want to be back," he concluded.

The two teams could not be separated after two hours of play as both scored in the extra time. Brazil scored through Neymar's record goal. The forward netted his 77th goal for his country in the 105th minute, equalling Pele's record. Croatia found the equalizer from the boot of Bruno Petkovic in the 117th minute, sending their fans into a frenzy.

Brazil's Marquinhos and Rodrygo missed their penalty kicks in the shootout, while Croatia remarkably converted all four of their kicks to advance to the tournament's semi-final. Croatia's defensive fortitude triumphed over Brazil's offensive flair, and the 2018 runners-up can thank goalkeeper Dominik Livakovi for the nation's first-ever victory over Brazil. Croatia once again lived up to their reputation after two gruelling knockout stage games leaving Brazilian fans devastated.

The second half saw Brazil come out with a much more attacking approach as they looked to break the deadlock. They had upped the ante and created a number of chances but failed to convert them as the opportunities went begging. Brazil was repeatedly frustrated by a gritty Croatian defence throughout the second half. After a strong start to the second half, Brazil had two early chances, but Livakovic stopped all of their shots to deny the five-time champions a goal.

The 2018 runner-ups were equal to Brazil's attacks and held their own against their persistent attacks forcing the game into extra time. The opening half of the first quarterfinal of the FIFA World Cup was goalless. Throughout the entire first half, Brazil and Croatia were not able to create clear chances. The two teams showed a glimpse of their speed and creativity.

Brazilian forwards Vinicius and Neymar made some quick runs into the Croatian box in the initial minutes of the half. Vinicius even got close to the Croatian goalpost in the 4th minute as he took a long-range kick to produce the first save of the game. There were some tense moments in both camps with players making some mistakes. Luka Modric and Casemiro both were found guilty of making weak passes as they lost possession.

Croatia won the first corner of the match in the 14th minute but the European side was not able to make much out of it. They took a shot at the Brazil goal through Kramaric in the 19th minute but it could not find a way past the Brazillian defence. Both teams were swapping blows, with Croatia easily absorbing Brazil's offensive pressure and occasionally getting in an attempt at the goal with quick counterattacks. Vinicius displayed great skill throughout the half as he was able to create chances for his team but a solid Croatian defence stood tall to deny the forward a clear chance. The half ended with not much to separate the two teams.

Next Story : FIFA World Cup: My players are not normal, remarks Croatia manager after win over Brazil in QFs