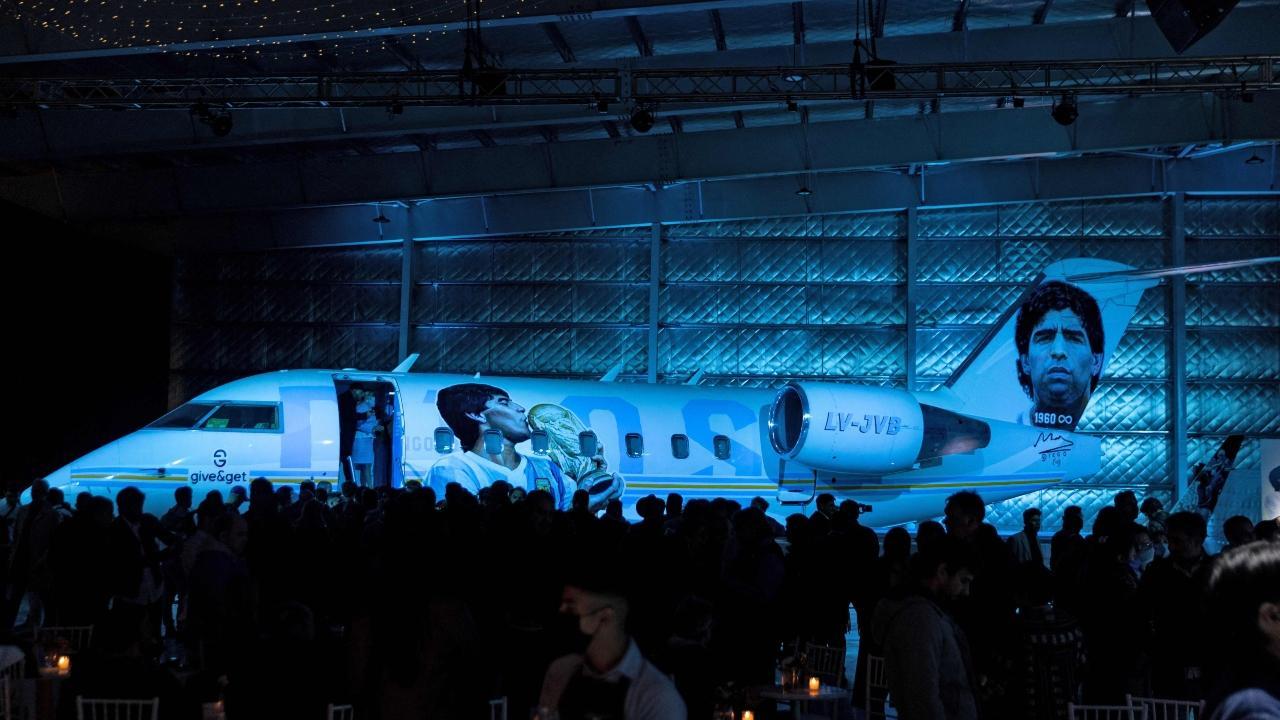 
A flying museum in honor of soccer great Diego Maradona is set to take to the skies. The Tango D10S plane was introduced Wednesday night before it flies around Argentina for fans of Maradona to visit on the ground.

The plane's exterior is adorned with images of Maradona who died in 2020 of a heart attack at the age of 60 after having brain surgery including one where he wears the Argentina jersey and kisses the World Cup trophy he lifted in 1986.

The plane will also visit Barcelona and Naples, where Maradona led Napoli to its only two Italian league titles in 1987 and 1990. Qatar, which hosts the World Cup later this year, will be the aircraft's final stop in the tour. England fans may not want to visit wherever it goes. Drawings on the wings make reference to the two goals Maradona scored in the quarterfinals against England in the 1986 World Cup the controversial Hand of God goal followed by a sublime individual effort waltzing through the England team. Inside the plane, there are memorabilia items that belonged to Maradona.

The plane, owned by a fintech company, was on display at El Palomar airport outside Buenos Aires, with Maradona's family and some former Argentina teammates among those attending the ceremony. We cannot believe or understand this craziness, said Dalma Maradona, one of Maradona's daughters.

The love people have for him goes beyond anything you can imagine. Dalma and her sister Gianinna were the first to board the plane. Visitors will have the chance to ask some previously selected questions to a Maradona hologram. When you are here in Argentina you can't realize what Diego means to the rest of the world," said Sergio Batista, a former teammate. It is a beautiful tribute that the entire world will experience, the world loved him.

Next Story : Flying museum in honour of Maradona