The Brazilian then headed in his second and PSG’s third shortly after the interval, taking his tally for the season to five goals already after just three games 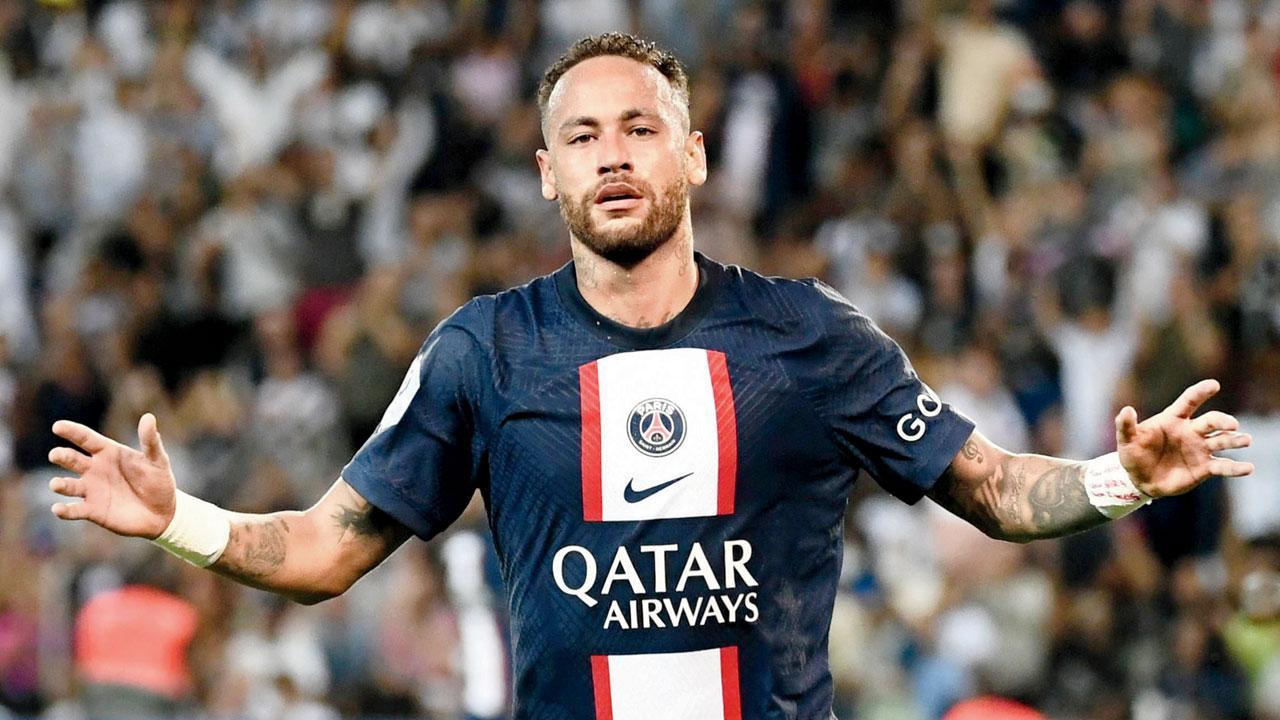 Neymar celebrates after scoring against Montpellier on Saturday. Pic/AFP


Neymar continued his outstanding start to the season with a brace while Kylian Mbappe marked his return to the team with a goal, but also had a penalty saved as Paris Saint-Germain trounced Montpellier 5-2 in Ligue 1 on Saturday.

Neymar rolled in a spot-kick to put PSG 2-0 up at the break on a hot night at the Parc des Princes after Falaye Sacko’s own goal had put them ahead. The Brazilian then headed in his second and PSG’s third shortly after the interval, taking his tally for the season to five goals already after just three games.

Wahbi Khazri pulled one back for Montpellier before Mbappe made it 4-1 and new signing Renato Sanches came off the bench to get the fifth late on. Enzo Tchato notched another consolation for the visitors at the death, but PSG have now recorded three wins out of three this season under new coach Christophe Galtier, scoring 14 goals in the process.