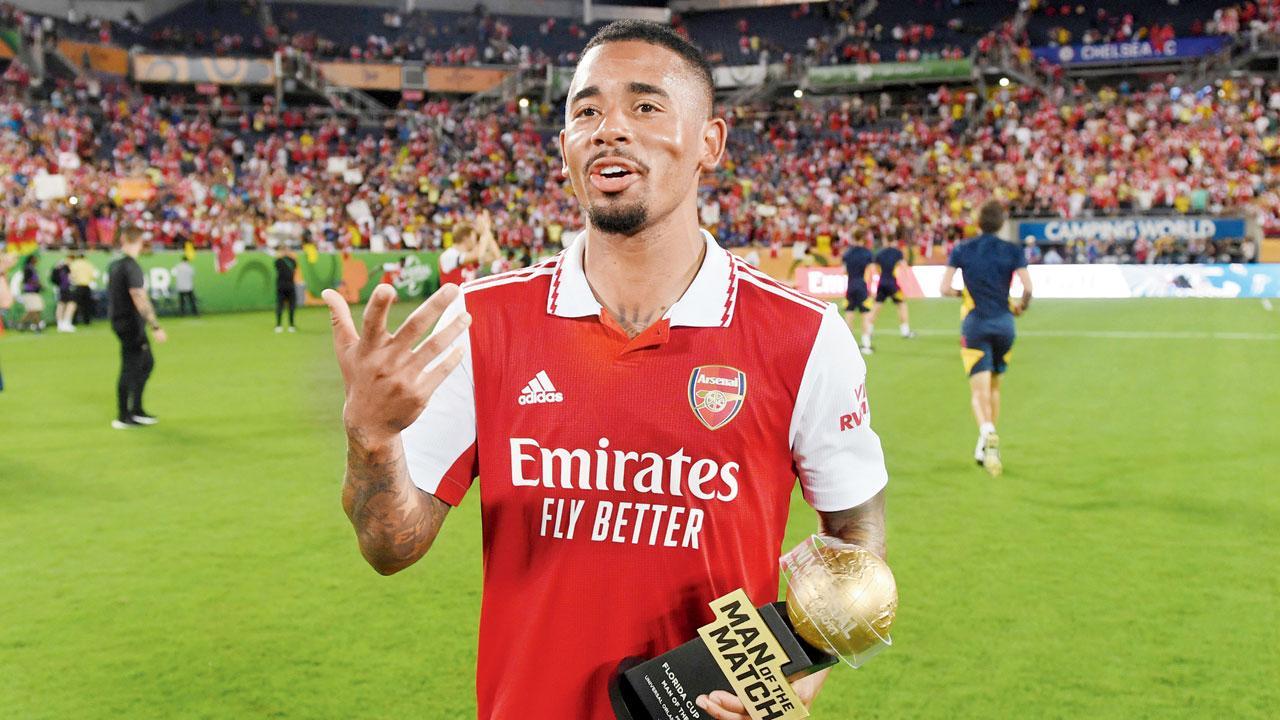 
Arsenal coach Mikel Arteta urged his side to keep following the example of Gabriel Jesus after the Brazil striker opened his Gunners account with two goals in a 4-2 win over Leicester on Saturday.

A pre-season arrival from champions Manchester City, Jesus proved an immediate hit with the Arsenal faithful in what was the north London club’s first home game of the campaign. He delighted the bulk of a crowd of more than 60,000 at the Emirates Stadium by opening the scoring with an excellent shot in the 23rd minute before heading in to make it 2-0 before half-time. But it was the fact that the 25-year-old Jesus was far from happy with his own performance that made the biggest impression on his boss.

“He scored two assists too and he is feeling disappointed in that dressing room because he said he could have scored four. That’s the standard, that’s the mentality you want. To go to a different level, you need that mentality,” said Arteta. “I wouldn’t like to play against him...he’s so mobile, so intuitive and he’s always sharp and pro-active to play in any moment at any phase of the game, and he’s a real threat.”