Serge Gnabry (10th min) opened the scoring for the Germans before Costa Rica’s Yeltsin Tejeda equalised and an own goal by goalkeeper Manuel Neuer saw them trailing 1-2 at one stage. Niclas Fullkrug (89th) eventually completed the tally for the Germans after Havertz’s double 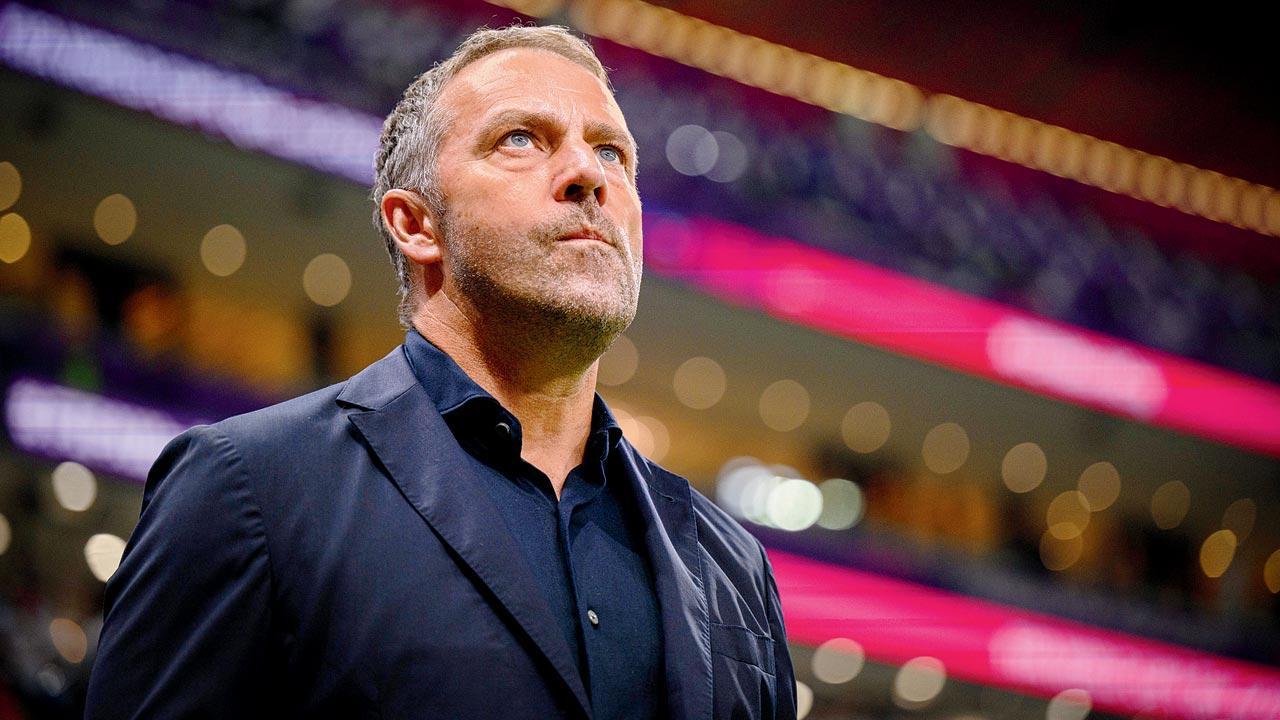 
Coach Hansi Flick saluted the youngsters in his team while hinting that it’s time for the seniors to move on, following Germany’s failure to progress to the knockouts despite beating Costa Rica 4-2 in their last Group E match at the Ahmad Bin Ali Stadium on Thursday night.

Germany, who shockingly lost to Japan in their opening match before sharing points with Spain next, finished with just four points. And Coach Flick admitted he was angry. “At half-time, I was very angry and I told them that. We had so many chances, but failed to score. Thankfully, Kai [Havertz] turned the game around and helped us go home with a victory,” said the coach, referring to the brace scored by second-half substitute Havertz (73rd and 85th minute) who was named Player of the Match. Serge Gnabry (10th min) opened the scoring for the Germans before Costa Rica’s Yeltsin Tejeda equalised and an own goal by goalkeeper Manuel Neuer saw them trailing 1-2 at one stage. Niclas Fullkrug (89th) eventually completed the tally for the Germans after Havertz’s double.

Besides the young Havertz, 23, Flick also heaped praise on teenager Jamal Musiala, 19, who would have lost count of the number of times he hit the Costa Rican post on the night as he effortlessly and skillfully weaved past the opposition defence time and again like a hot knife through butter. “Jamal, what he has shown today, it’s unfortunate that such a player cannot continue to play in this tournament. He is fantastic. His skills, his tackles in one-on-one situations are outstanding,” said Flick, adding that it’s time to look to this next generation as Germany prepare to host Euro 2024 which is just 18 months away. “For years now we have been talking about new goalkeepers, new wing backs. In German football, we were always able to defend well. We need to get these basics right and star training differently. Jamal has trained in England, not in Germany. Spain have also been focusing on youngsters. We have to think about the future. For the next 10 years, it’s very important to focus on this new generation of footballers,” added Flick indirectly spelling the end of international careers of some veterans in the team like Neuer, 36, striker Thomas Mueller, 33, and attacking midfielder Ilkay Gundogan, 32, all of whom had an ordinary showing at this tournament.

Mueller later said that he would consult his family before taking a call on his future. “I will speak to my wife and decide, but if this was my last game [in a Germany jersey] then I’m happy,” Mueller said. Neuer however, seemed adamant to continue. “I’m not thinking about it [quitting national team] yet. I want to keep playing for Germany,” he said.