Legendary midfielder Johan Neeskens hails The Netherlands’ achievements at World Cups, but insists they must work harder to lift coveted trophy in Qatar 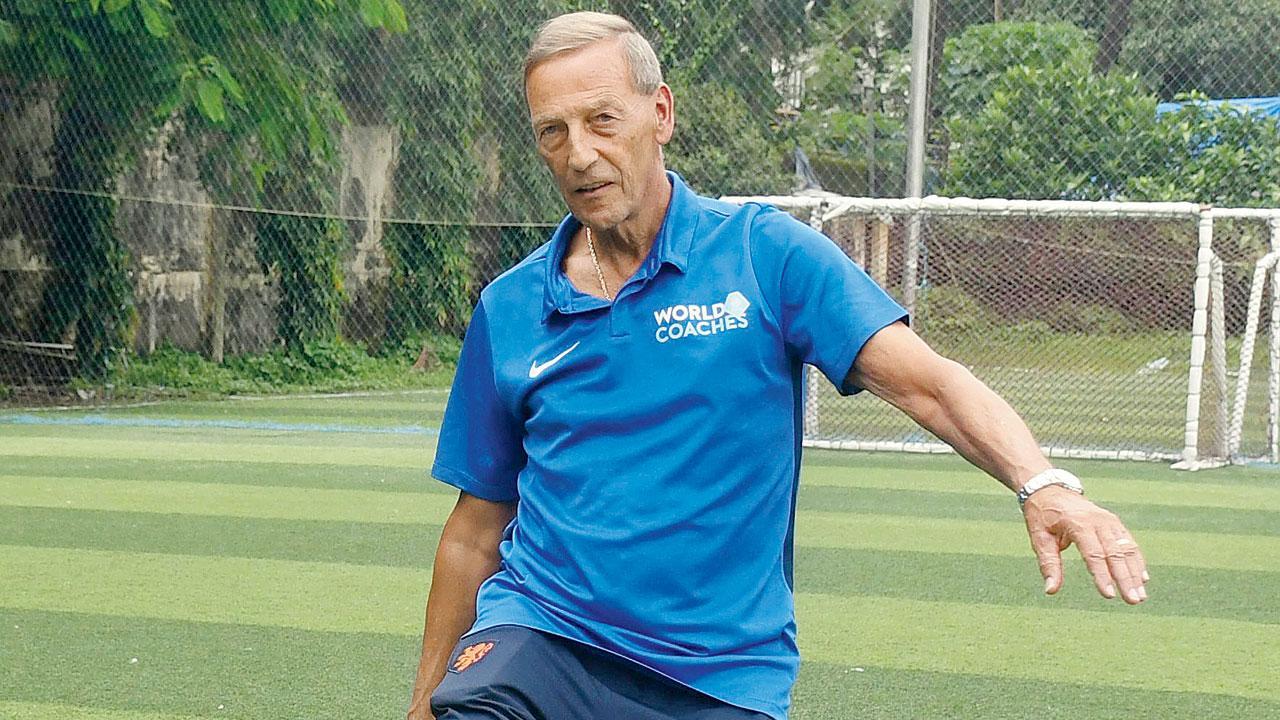 
Netherlands have always been strong contenders at FIFA World Cups, but are yet to win one. They have reached the finals thrice [1974, 1978, and 2010], but were outdone on all three occasions. However, Johan Neeskens,70, who played a pivotal role in taking the Dutch team to the final in 1974 and 1978, does not feel that the Dutch have underperformed over the years.

“For a country like Holland, with such a tiny population, participating in so many European tournaments and World Cups is a big achievement. We came in the World Cup finals thrice, didn’t win, but how many countries have even reached the finals? I am proud of what we have achieved. Hopefully, we’ll win someday,” Neeskens tells mid-day on the sidelines of the launch of the World Coaches Program in association with Acosa Sports at Cooperage on Monday.

Neeskens, a creative and attacking midfielder, had a lucrative playing career (between 1968 and 1990), sharing turf with legendary Flying Dutchman Johann Cruyff, and also picking up over a dozen goals in the bargain himself. He then went on to serve as assistant coach at some of the world’s top clubs, including Barcelona and Galatasaray, and international teams like The Netherlands and Australia, among others. So what’s it like to manage some of the world’s top football stars?

Also Read: Marcus Rashford calls upon Manchester United to come together and bounce back vs Liverpool

“I like it [coaching] more with children rather than superstars,” he quips. “We had Ronaldinho, a 17-year old Messi, Xavi, Iniesta, in my first two years at Barcelona. Sometimes with star players, they don’t like you to discuss their weaknesses in practice in front of the whole group. You have to know what they are going through emotionally and handle them accordingly. On the other hand, for coaches at the lower level, it takes some time to gain the confidence of young children, but after that, it becomes a smooth ride,” he explains.

Netherlands, who failed to qualify for the 2018 FIFA World Cup have emerged as strong contenders for Qatar 2022 (November 20 to December 18), having built a promising young team under Louis van Gaal. Neeskens warns though that there is no place for complacency at a prestigious tournament like a FIFA World Cup. “Every group is difficult. The best teams from the group stages qualify for the finals.

Senegal [in Netherlands’ group] are champions of Africa. I know we have a lot of good players, but a lot will depend on what happens in the next three or four months. A lot of our national players have switched clubs and are not getting enough game time and that can be a problem.”

When asked about his favourites for the World Cup, Neeskens preferred to play it safe. “I don’t have any favourites. Argentina, Germany, Brazil, Spain are all good teams. There is a lot of balance in most teams. Hopefully, we’ll see some exciting games and may the team, who plays well throughout the tournament, win,” he concludes.