In Ron we trust 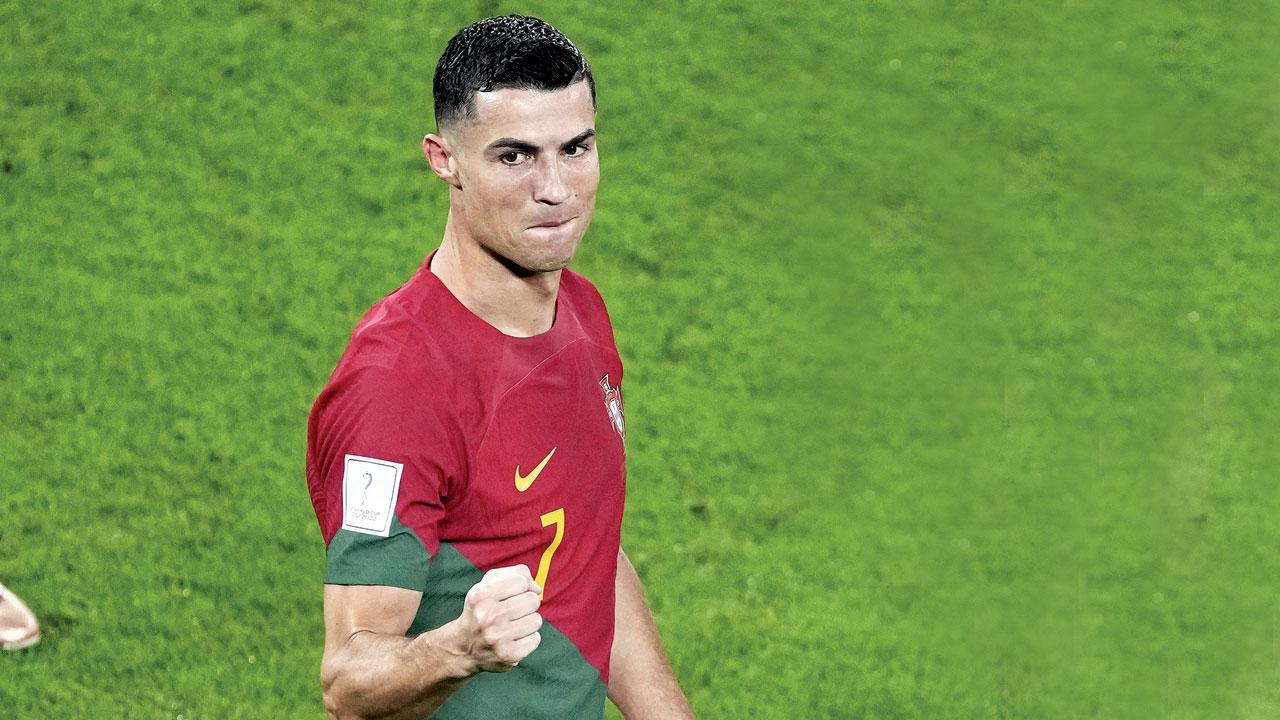 When a superstar player heads into the twilight of his career, it’s very important for his teammates to rally around him and even step in to perform, in case he fails, with the common goal of winning the ultimate prize. It happened in the case of Sachin Tendulkar and Team India at the 2011 ICC World Cup and it seems to be happening to Cristiano Ronaldo and Portugal at this ongoing FIFA World Cup here. 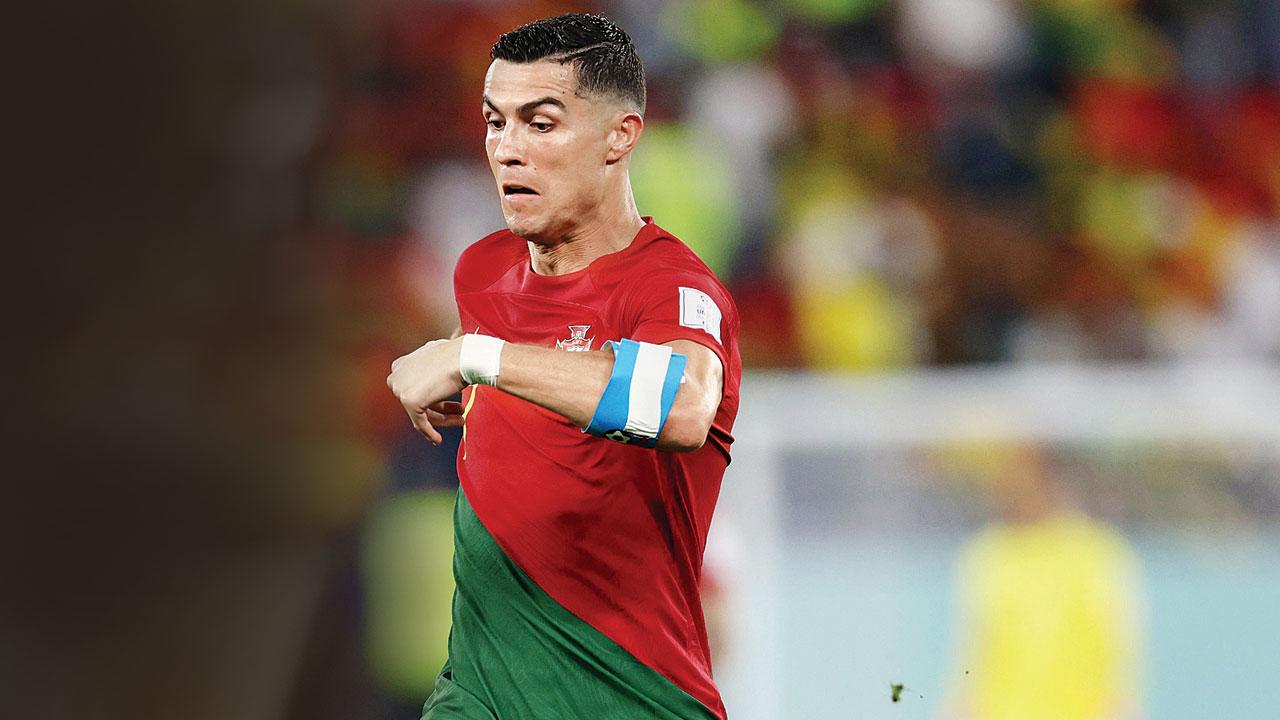 Interestingly, Sachin Tendulkar was 37 then, the same age as Cristiano Ronaldo now. Tendulkar had a talented bunch of younger players around him, just like Ronaldo has currently and which is why it didn’t really matter that he kicked off his World Cup here against Ghana on Thursday night in lackluster fashion. Tendulkar continued to be supported and praised by his players throughout the tournament, and Ronaldo’s colleagues are doing the same.

Moments after Portugal’s 3-2 win over a gritty Ghana at Stadium 974, Ronaldo’s striker partner Joao Felix, 23, said he was grateful for being able to simply share a dressing room with the six-time Ballon d’Or winner. “It’s a dream-come-true to just be able to play with Cristiano. We [players of the Portugal team] have been watching him since we were kids and always dreamed of playing with him. And to represent the national team at the World Cup with him is the most special thing for us. He is our hero,” said Felix, who doubled Portugal’s lead from close range (78th minute) after Ronaldo scored following a questionable penalty (65th min) when he went down after coming in close contact with Ghana’s Mohammed Salisu. This is not the first time Felix has hailed his senior strike partner. Two month before the World Cup, when asked about Ronaldo’s behaviour with fellow players, Felix had said: “Cristiano always greets all the players. He is always willing to offer tips and help players with whatever they need not only on the pitch but also off it. He is a role model to all of us in the national team and always gives us good advice and we like to listen.” 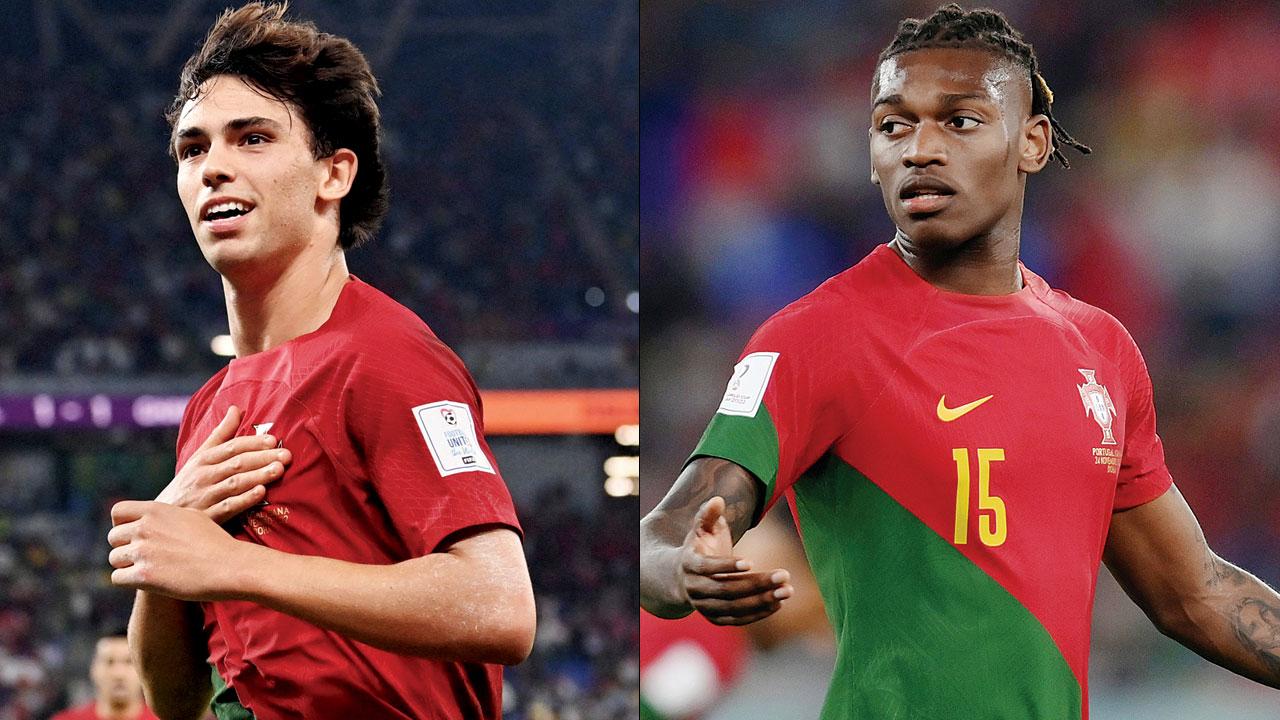 ‘I gave him a very special hug’

Substitute forward Rafael Leao, 23, who scored the third goal for Portugal (80th min), also spoke of his love for Ronaldo. “I gave him a very special hug [after Ronaldo scored off the penalty spot]. It was the warmest hug. It’s a bonding thing that we share,” he said. Portugal coach Fernando Santos also hailed his star skipper. “He is one of the best players in the world and one of the finest goal scorers of all time. Fifty years from now, we will still be talking about him just like we do about Pele and Maradona,” Santos said at the post-match presser.

Ronaldo began the night with a poor first touch even as the 42,663-strong crowd yelled in anticipation. He continued to be unimpressive and did not just fail while trying to dodge a few Ghana players now and then with his trademark stepovers, but also saw his passes easily intercepted by the opposition. His fear, however, among the Ghana defenders was constant, with deep defenders Daniel Amartey and Alexander Djiku constantly reminding each other of his presence inside the box during Portugal’s corners.

Finally, to sum up a none-too-impressive night, Ronaldo even missed a one-on-one against Ghana custodian Lawrence Ati-Zigi. The athletic forward tried to chip the ball over an onrushing Ati-Zigi, but failed to get enough elevation on the ball and it was palmed away followed by a collective “ooooooh” from the crowd. Despite everything, however, the talking point among Ronaldo fans is the new record he set on the night, becoming the first player in history to score in his fifth consecutive World Cup.

Next Story : Lionel Scaloni: Hope to win and bring joy to Diego if he’s looking down at us