Jack Grealish: Haaland is not human 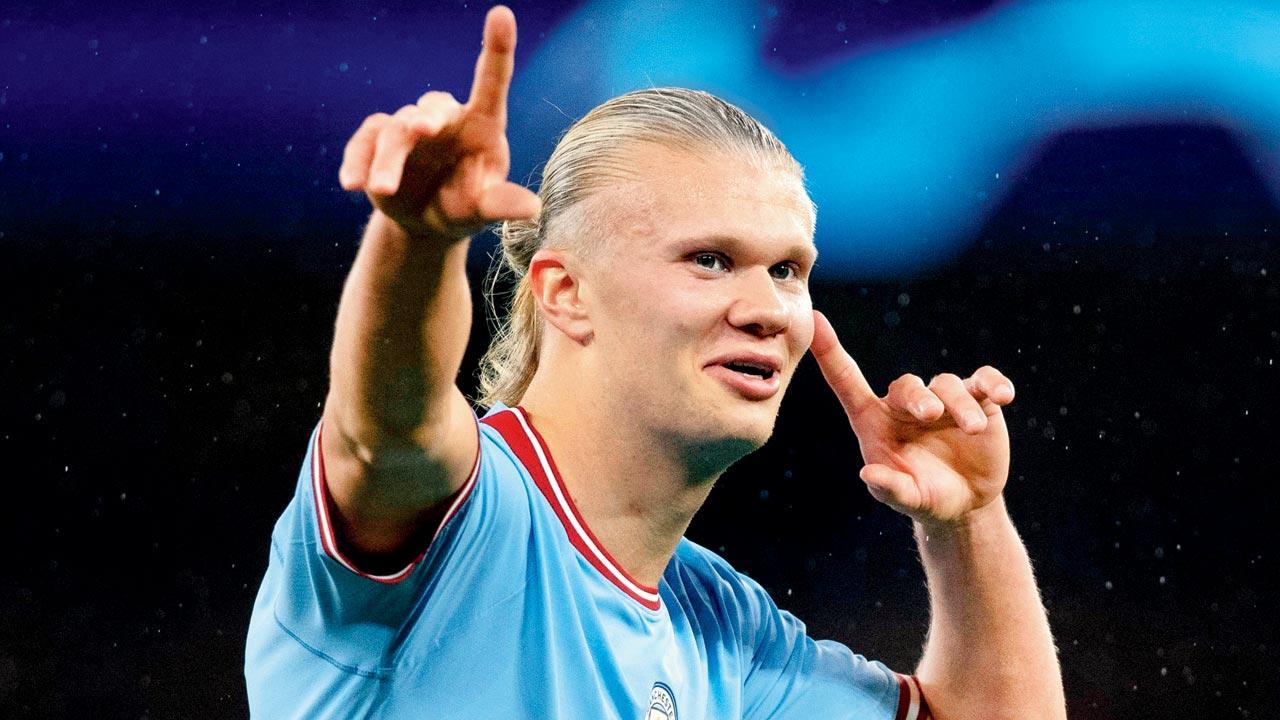 
After Erling Haaland’s latest two-goal display in the Champions League, Manchester City manager Pep Guardiola had to quell speculation that the Norway striker could already be planning a move out of the club.

Guardiola dismissed reports coming out of Spain that the striker—who took his season tally to 19 goals in 12 games with a first-half double in Wednesday’s 5-0 win over Copenhagen—has a release clause in his Man City contract that would allow him to join Real Madrid in 2024.

“It’s not true,” Guardiola said. “He doesn’t have a release clause for Real Madrid or any other team. It’s not true is all I can say. I have the feeling he is incredibly happy here.”

Real was among a host of Europe’s leading clubs tracking Haaland last season—but it was City who won the race for his signature in a $63 million deal from Borussia Dortmund. Still, a future move to the Bernabeu is considered a possibility, with a release clause widely speculated.

‘Much loved and settled’

“What’s important is he is happy, he is settled perfectly, he is incredibly beloved by everyone and that’s the most important thing,” Guardiola said. Guardiola resisted the temptation to rest the Norway international in a game City was expected to win easily, and Haaland duly responded with two goals inside 32 minutes.

He was only denied a second successive hat trick by the acrobatics of Copenhagen goalkeeper Kamil Grabara and his manager’s decision to withdraw him at the interval. It was an act of mercy—and also restraint. Because the Catalan coach appears to be enjoying Haaland’s tour de force as much as anyone right now.

His face as the 22-year-old tapped home his second goal was a picture. Turning to the crowd and rubbing his hands together with glee there seemed to be an acknowledgement that this is almost unfair.

This was a latest mismatch as Copenhagen’s hapless defenders failed to track Haaland’s movement. “It’s unbelievable honestly. I’ve never witnessed anything like it in my life,” City midfielder Jack Grealish said about Haaland.

“For the first and second goals I was just laughing. Their [Copenhagen] ’keeper said something to me as I was walking back. He said, ‘he’s not human!’ I said, ‘you’re telling me?’ Hopefully, he can carry on this form and take us to glory.”