Hinting at the reactionary nature of fans and critics he said,"One week ago he could not adapt to the Premier League. Now he's alongside Thierry Henry, Alan Shearer and Cristiano Ronaldo." 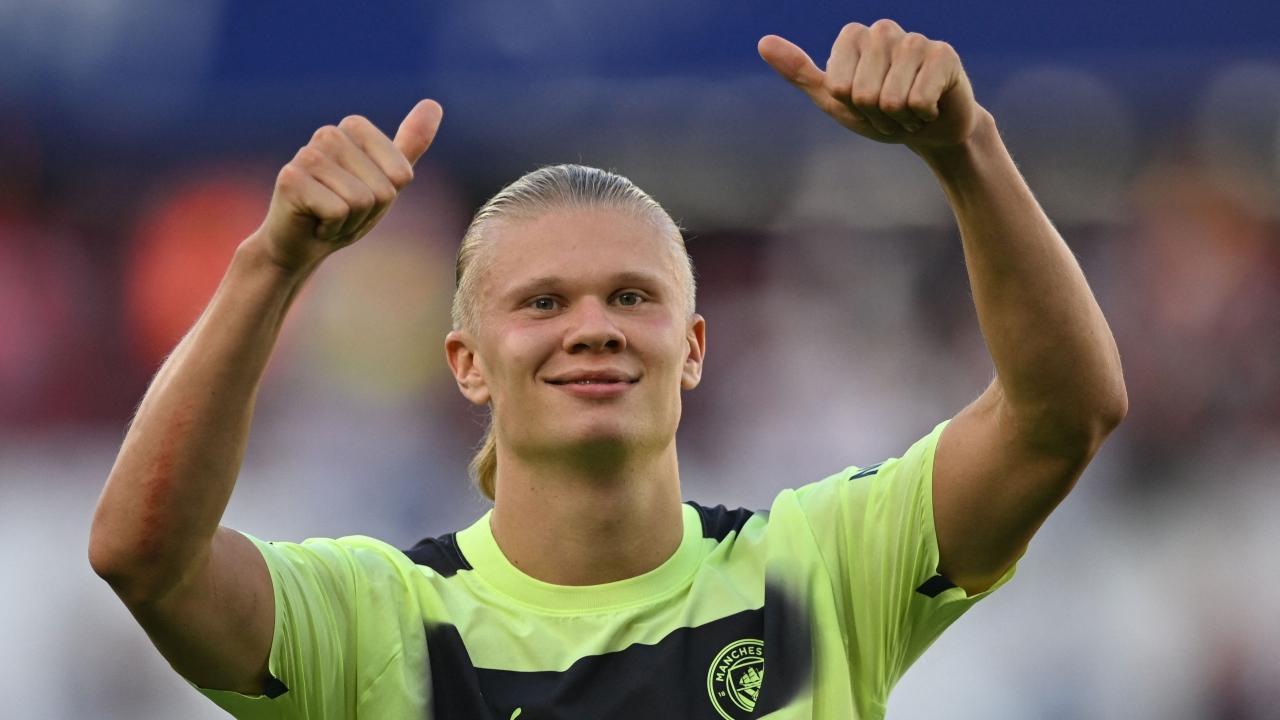 Haaland had faced some criticism for his underwhelming performance in the Community Shield defeat by Liverpool last weekend. But the 51 million pound striker announced his arrival in the Premier League in style with a goal in each half, a penalty followed by a neat finish, to open his City account, reports DPA.

"One week ago he could not adapt to the Premier League. Now he's alongside Thierry Henry, Alan Shearer and Cristiano Ronaldo," smiled City boss Guardiola.

"He's a guy with incredible talent, a scorer of goals. I've known him for a month. I know how he handled criticism this week and he was calm, he trained really well. We will see when he is complimented how he reacts."

Haaland had already glanced a header wide when he was gifted the chance to get off the mark.

Alphonse Areola had only been in the West Ham goal for a couple of minutes after coming on as a substitute for the injured Lukasz Fabianski when he brought the Norway international down.

There was only one player who was going to take the penalty, and Haaland expertly sent Areola the wrong way with a low spot-kick which clipped a post on its way in.

"The way he took the ball to take the penalty, I said, 'oh, I like it'," added Guardiola.

"I think if someone were to take this ball, he would have punched his team-mates in the face. I'm pretty sure of that, and that is a good sign.

"You've got to be self-confident, ambitious and have a ruthless mentality. And of course, he scored it."

Haaland put the game to bed with 25 minutes remaining when he raced on to Kevin De Bruyne's through-ball and slotted it past Areola.

The 22-year-old probably fancied another debut hat-trick, having managed that feat twice before, but Guardiola took him off with 15 minutes remaining.

"The top goalscorers, the strikers, they are never satisfied. They are always hungry, starving, they always want more and more.

"But at the same time, I have to involve the new players and make sure everyone gets the minutes."

West Ham did look there for the taking. Despite a summer of rebuilding they somehow contrived to start the season with only one centre-half available.

"It was really difficult," said manager David Moyes, who revealed that defender Issa Diop had not made himself available to play.

"They played really well. We found it very hard today. It was really difficult tactically to deal with. We couldn't get near them today.

"From our point of view we were resilient, we hung in there and stuck at it.

"But today the talk should be about Manchester City. They played very well. Hopefully we can do better in the weeks and months to come."