As per Sky Sports, Messi is out of contract in summer. Recent reports suggest that he could be heading to Major League Soccer (MLS) in United States. The PSG president instead insisted that Messi is happy in PSG, where he is having a great season with Ligue 1 leaders 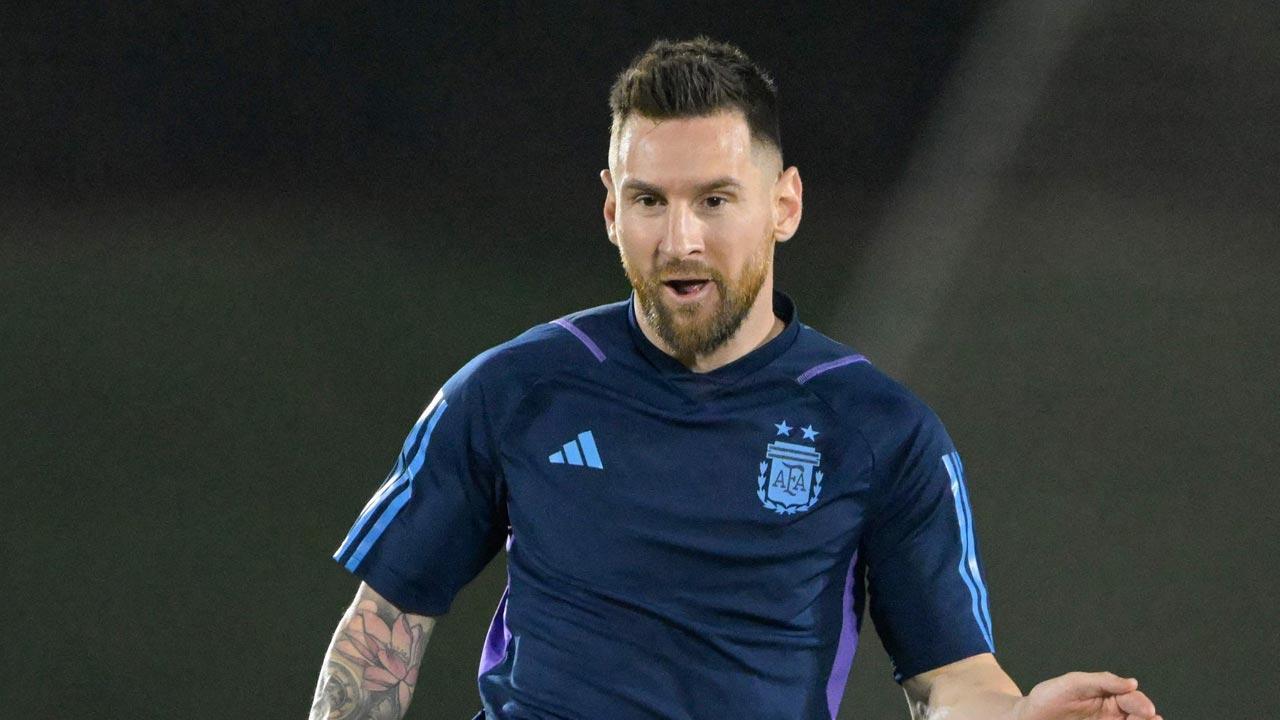 
Paris Saint-Germain (PSG) president Nasser Al-Khelaifi is confident that star striker Lionel Messi will extend his contract with the side when they discuss his future in January next year after the ongoing FIFA World Cup.

As per Sky Sports, Messi is out of contract in summer. Recent reports suggest that he could be heading to Major League Soccer (MLS) in United States. The PSG president instead insisted that Messi is happy in PSG, where he is having a great season with Ligue 1 leaders.

Another player who will be out of deal at the end of campaign, though Manchester United has an option to extend the deal by a year, is Marcus Rashford. The English player has been impressive in the ongoing FIFA World Cup and has scored three goals.

Nasser confirmed that his club is had been in talks with player in past and many clubs would be chasing his signatures in case he is a free agent in the summer.

Al-Khelaifi confirmed his club had been in touch with the player previously and said if Rashford was to be a free agent in the summer he would have lots of clubs chasing his signature - including PSG.

Negotiations could start from January if PSG goes ahead with the persuasion of deal.

"He is another player that is really amazing," said Al-Khelaifi. "And for free? To have Rashford for free, every club would run after him, definitely."

"We are not hiding it, we spoke before and... interest. But the moment was not a good moment for both sides. Maybe, summer, why not?"

"Today if he is a free agent of course we can talk to him directly but we are not going to talk to him now. Let him focus on the World Cup. Then after in January, hopefully, if we are interested we will talk to him," concluded Nasser.

PSG has also been a potential destination for free agent striker Cristiano Ronaldo, who recently parted ways with Manchester United. But Nasser called a potential deal as "impossible".

"He is a legend, he's a star. The footballer, I admire and love him as a player and professional. A fantastic player. 37 now - he is doing amazing. But every single club wants to sign him too. The problem today for us is we have the position [filled] - his position - so it is not easy to replace the position that we have with him. It would be impossible, honestly, for us," said Nasser.

The five-time winner of the Ballon d'Or, who had a frustrating season at Manchester United doing regular bench duty, startled the world with an interview in which he took aim at the Manchester United board and manager Erik ten Hag. Ronaldo criticized the club, its owners Glazer family and said he has "no respect" for its manager ten Hag.

Ronaldo's tumultuous departure was inevitable and he arrived at a mutual agreement with the club that made him a star. The departure from the club happened days after the interview.