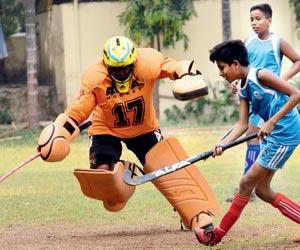 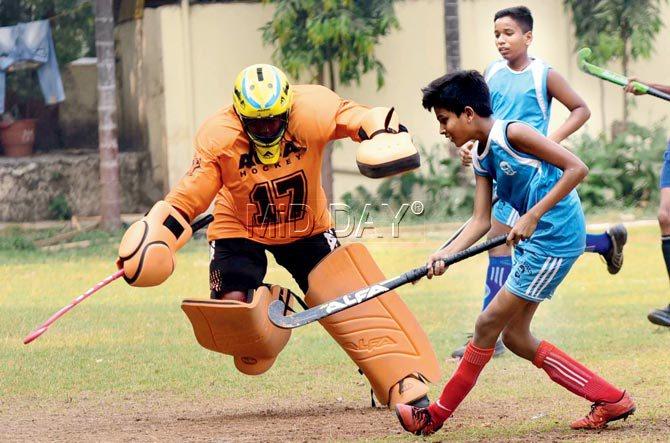 The Mumbai Schools Sports Association's decision to conduct the St Andrew's Challenge Shield League-cum-knockout boys U-14 and Fr Donnelly Challenge Cup League-cum-knockout girls U-14 hockey tournaments on grass, at the Naigaon Police Ground in Parel yesterday, has not gone down well with some of the schools coaches.

Hockey world over is played on a synthetic surface (astro turf), so what's the point in making youngsters take their first steps in the game on grass, felt the coaches. "At least for U-14 and U-16 age groups, all matches should be played on astro turf because we are preparing these players for the higher level, where they will play only on astro turf, so playing on grass here is of no use," said Don Bosco (Matunga) coach Javed Sayed, a former Central Railway player.

St Andrew's (Bandra) coach Saby Noronha felt it's also dangerous to play hockey on grass or mud. "Young players could get injured because the ball bounces unevenly on mud or grass which is not the case while playing on astro turf," he said.MSSA hockey secretary Sarah Alphonso said that the turf grounds across the city were unavailable.

"We have always conducted our tournaments on astro turf but this time the turfs at both, St Stanislaus in Bandra as well as the Sports Authority of India ground in Kandivli, were not available." Meanwhile, Pratej Lanjewar of Don Bosco (Matunga) 'B' scored five goals in their 6-0 win over St Joseph's (Malad) in the St Andrew's Challenge Shield. Yashas More opened the scoring for the Bosco boys.

Next Story : Sloane Stephens: Won't 'get too down' after Round 1 defeat