Ramkumar fought back superbly after losing the first set and won the third and took the matters to the tiebreaker in the decider but lost steam and went down 4-6, 6-3, 6-7(1) 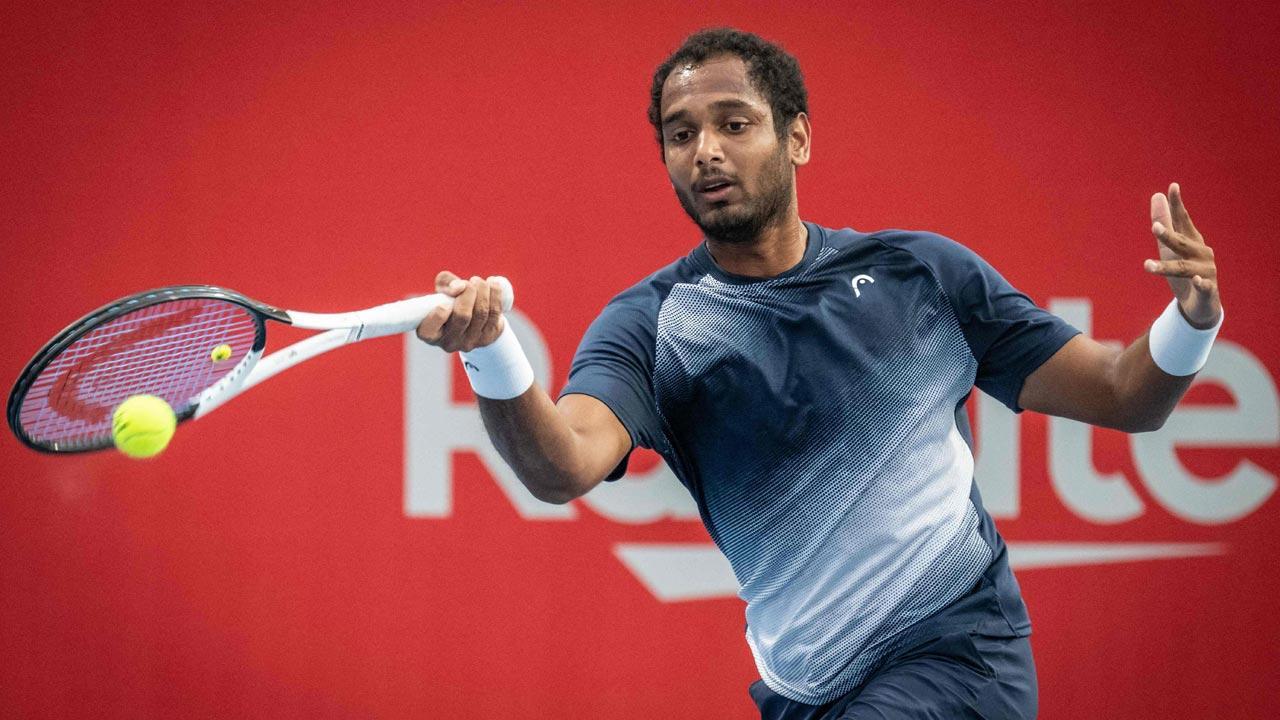 Ramkumar Ramanathan of India hits a return against Rio Noguchi of Japan during their men's singles match at the Japan Open tennis tournament in Tokyo. Pic/AFP


India's Ramkumar Ramanathan, who came through the qualifying rounds, stumbled at the first hurdle in the main draw, losing to Japan's Rio Noguchi in a hard-fought three-setter in the first round here on Tuesday.

Ramkumar fought back superbly after losing the first set and won the third and took the matters to the tiebreaker in the decider but lost steam and went down 4-6, 6-3, 6-7(1).

The 27-year-old Chennai-born Ramkumar, ranked 297 in the World Rankings, could not capitalise on his chances as he went down to the 23-year-old Noguchi, who is ranked 291.

Ramkumar had qualified for the main draw by beating Elias Yiner of Sweden 5-7, 6-4, 6-1 in the second qualifying round. He had overcome Japan's Ryota Tanuma in straight sets in the first qualifying round.

Ramkumar is still in the fray in the doubles competition as he will partner Australia's Alexei Popyrin in the main draw. They will take on second seeds Matthew Ebden and Max Purcell in the first round.

Next Story : Astana Open: Medvedev defeats Ramos-Vinolas in first round