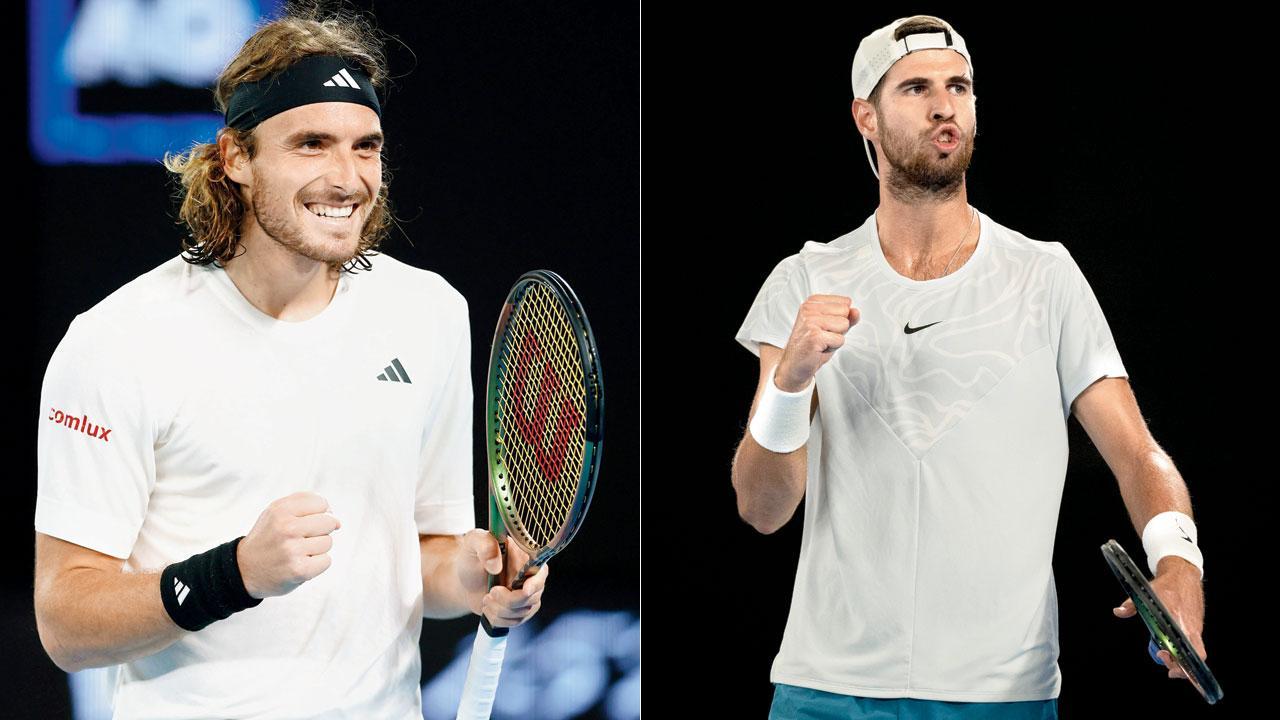 
Stefanos Tsitsipas blasted into a fourth Australian Open semi-final on Tuesday and a showdown with Karen Khachanov as he zeroes in on a maiden Grand Slam title. The Greek third seed proved too powerful for Jiri Lehecka on Rod Laver Arena, storming home 6-3, 7-6 (7/2), 6-4.

Meanwhile, Karen Khachanov reached his second consecutive Grand Slam semi-final on Tuesday when American Sebastian Korda retired hurt in the third set of their Australian Open quarter-final. Korda needed treatment on a wrist injury in the second set before calling it quits when losing 7-6 (7/5), 6-3, 3-0 to the Russian 18th seed on Rod Laver Arena.

“It felt different this time from any other match and the most important thing in the end is that I found a solution,” said Tsitsipas, who will become World No.1 should he win the title. Novak Djokovic can also achieve the feat if he does the same.