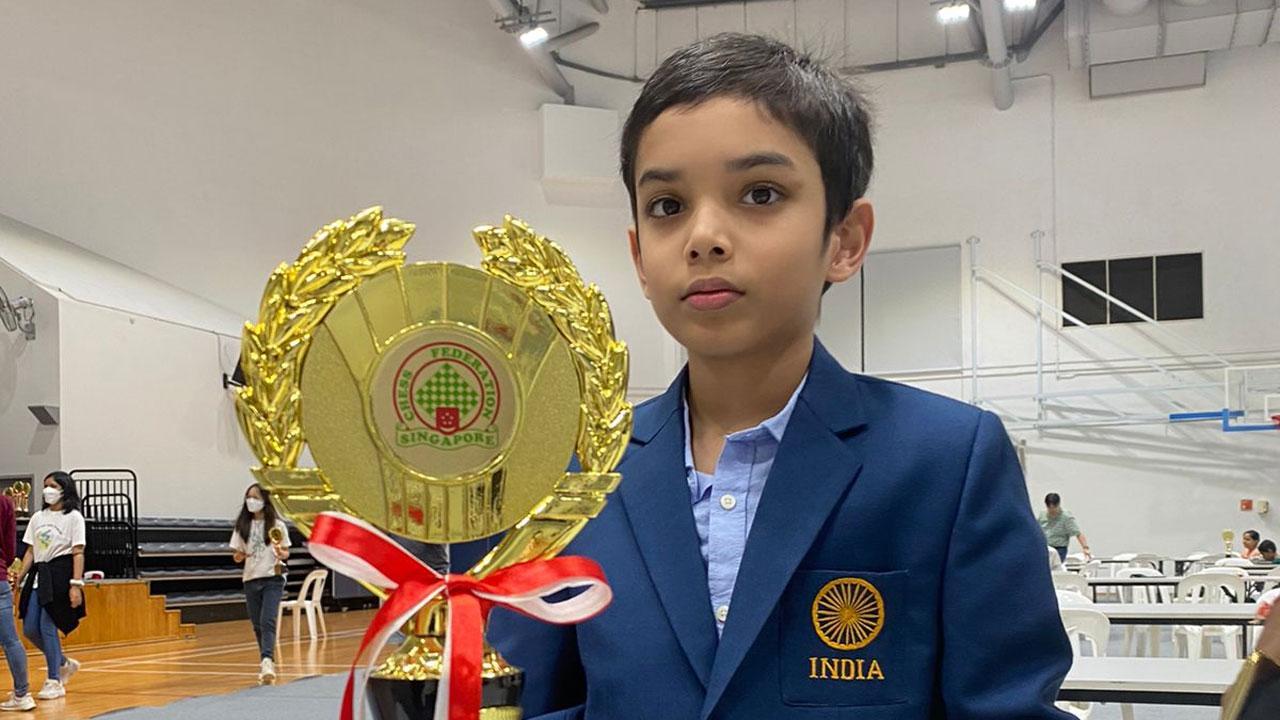 
Avyaay Garg of Aditya Birla World Academy (Tardeo), who finished second (seven points) behind Singapore's Lim Shee Hun Magnus (7.5 points) at the recently-concluded Singapore Open Chess Championships in the U-8 category, considers the silver medal special, despite the result not being the one he hoped to settle for.

The Class 3 student has achieved quite a bit in his short one-year journey in chess. Last year, he became amongst the youngest player aged seven to get FIDE's ELO rating. He has participated in many state and national events and also represented India at U-8 world cadet championship in Georgia last September. "I feel a bit sad that I could not come home with gold and had to settle for silver. This [second-place finish] though is special considering that it is my first international medal and also it has just been a year since I started playing chess. Also, the second-place finish aspires me to go back next time when it is conducted and win gold," said Avyaay (ELO rating 1242), who finished second in the four-day tournament which had 500 participants from Brazil, China, Germany, Malaysia, Vietnam, Hong Kong and the United States.

Avyaay will now participate in the Indian National Schools Chess Championships scheduled for early next year in Bangalore.

Meanwhile, the young chess player thanked his mother Fazaa for introducing him to chess. "We started playing with each other when I was four and I really started liking the game. One day she realised there was nothing more she could teach me and I needed a coach.  That's when she took me to SMCA, where I train under coach Balaji Sir. I have a twin sister Araaya, who is a published author of a book called Treasure Trove, a collection of her short stories, poems and drawings done from the age of four to seven. What's common between us is that we love to give our best in whatever we do," added Avyaay, who hopes to be like his idol, late American great Bobby Fischer aka Robert James Fischer, who became the youngest player to win the US Chess Championship at the age of 14. Besides Fischer, he admires Russian GM Garry Kasparov and Norwegian world champion Magnus Carlsen.

Next Story : 'Difficult to walk': Woods withdraws from Hero World Challenge due to foot injury