In a remarkable performance, Chanu smashed the Commonwealth and CWG record in snatch 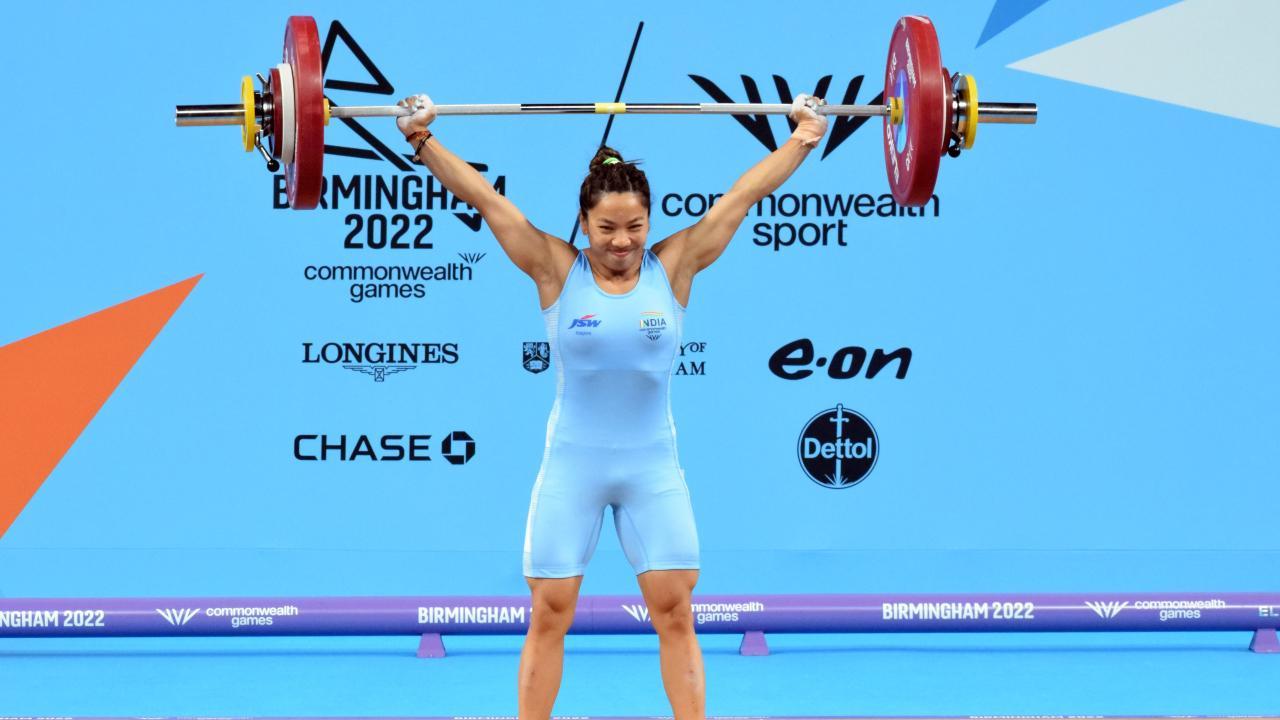 
Star weightlifter Mirabai Chanu (49kg) went on a record-smashing spree, claiming four of them in a power-packed performance, to claim India's first gold medal at the Commonwealth Games here on Saturday.

In a remarkable performance, Chanu smashed the Commonwealth and CWG record in snatch. She obliterated the Games record in clean and jerk as well as total lift.
The former world champion ended with a total lift of 201kg (88kg+113kg), which is far from her personal best. She equalled her national record lift of 88kg in the snatch section.

The Olympic silver medallist, who has been working on her snatch technique, then attempted the much-anticipated 90kg but couldn't pull it off. Sporting her famous 'lucky' earrings shaped like the Olympic rings, Chanu lifted more than twice her body weight (109kg, 113kg) in the clean and jerk gold medal category, in which she holds the world record (119kg).

Mauritian weightlifter Marie Hanitra Roilya Ranaivosoa 172kg (76kg+96kg) won the silver. Hannah Kaminski of Canada 171 kg (74kg+97kg) also finished on the podium. With this Chanu added a third CWG medal to her kitty, having won silver and gold in the Glasgow and Gold Coast editions respectively.