Leading 1-0, India conceded a penalty corner with less than 30 seconds to go for the final hooter, as the match went into shootout after Olivia Merry’s equaliser 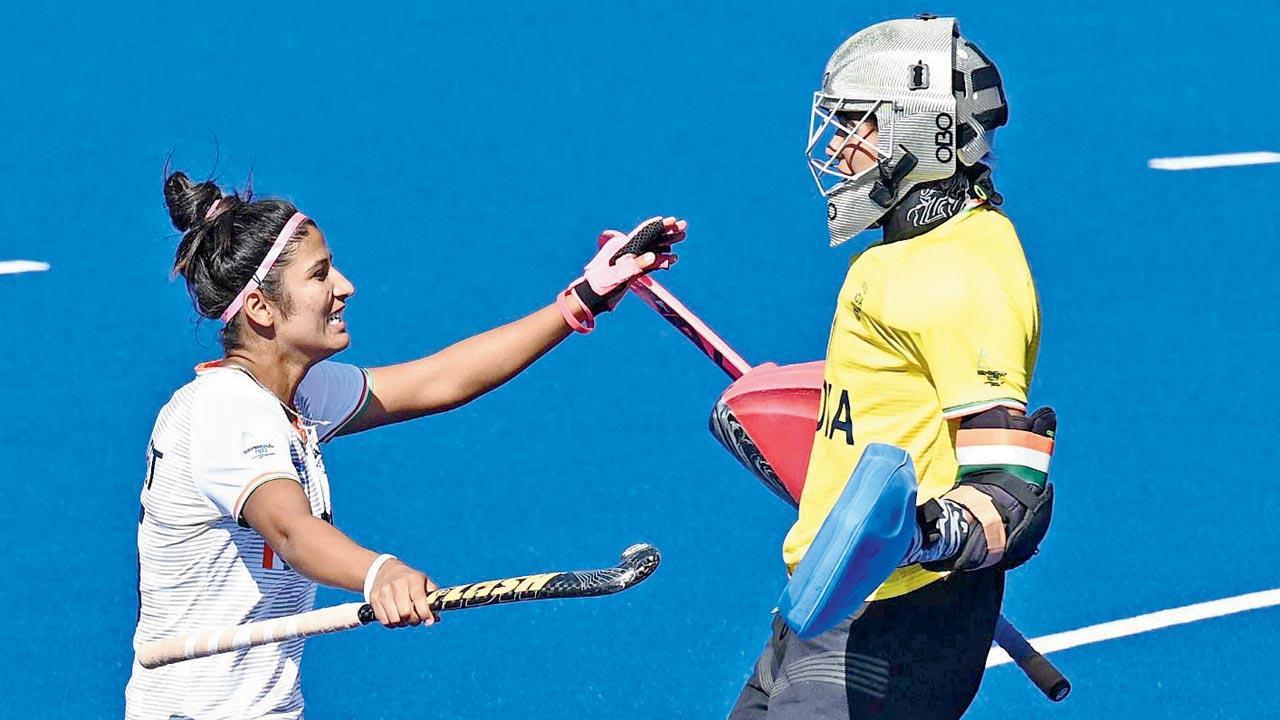 India goalkeeper Savita (right) celebrates after making a save in the shootout during the bronze medal match against NZ. Pic/AFP


Skipper Savita Punia led from the front with a spectacular display as the Indian women’s hockey team overcame the stopwatch controversy to beat New Zealand 2-1 in the shootout and win the bronze medal at the CWG  here on Sunday. This is the team’s first medal at CWG in 16 years.

Leading 1-0, India conceded a penalty corner with less than 30 seconds to go for the final hooter, as the match went into shootout after Olivia Merry’s equaliser. In the regulation time, India got the lead through Salima Tete in the 29th minute. Coming off their heartbreaking loss to Australia in a controversial semi-final, India showed the intent to wrap up their campaign with a win and earn a podium finish. The Indians were done in by a horrendous timing faux pas in the shoot-out against Australia.

In the shootout on Sunday, India captain and goalkeeper Savita showed her class, pulling off three spectacular saves to give her side its third CWG medal.

Next Story : Sharath-Sathiyan go down to England, settle for silver