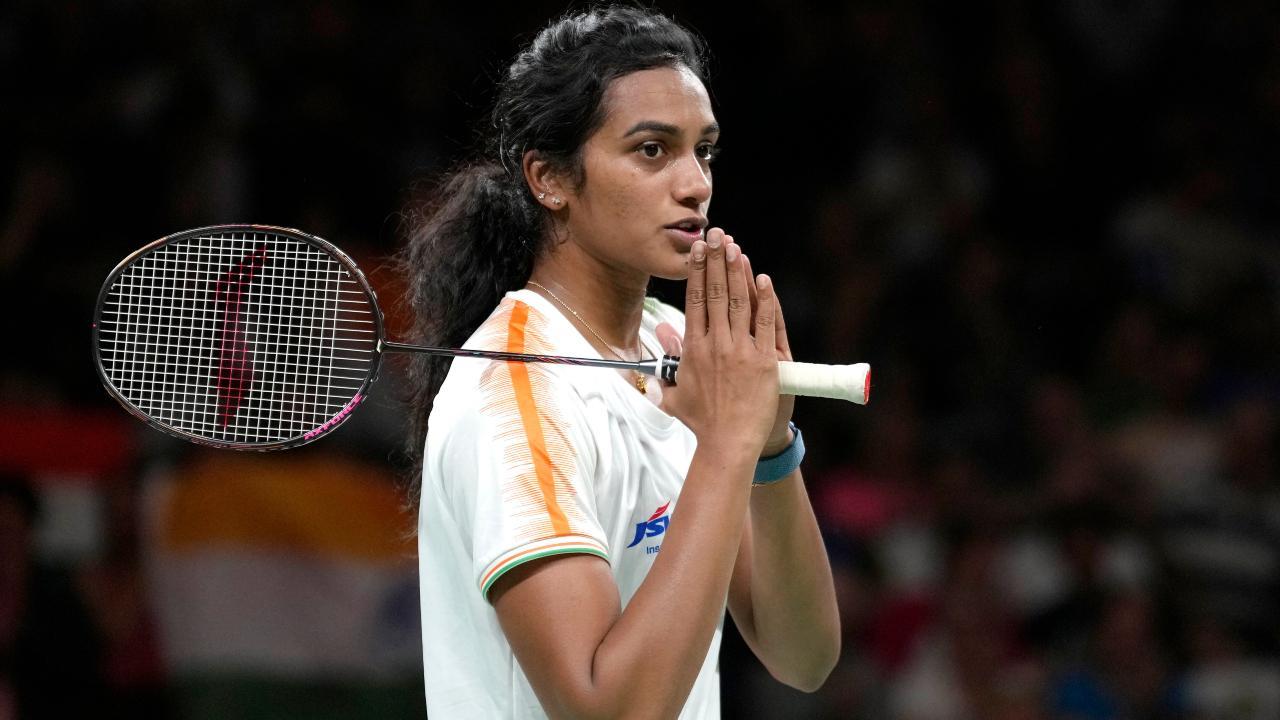 Venkata Sindhu Pusarla of India reacts after winning match point against Jia Min Yeo of Singapore during their semifinal badminton match at the Commonwealth Games in Birmingham, England. Photo - AP/PTI


Shuttler PV Sindhu wins women's singles gold at Commonwealth Games with 21-15 21-13 victory over Canada's Michelle Li.  Sindhu was a dominant figure in the match, though her opponent competed well. The Indian won the match in straight two games by 21-15, 21-13.

PV Sindhu got off to a great start. Halfway through the first game, she was leading by 11-8. Michelle Li offered her Indian opponent great competition but fell short in every rally. The result was a 21-15 win for Sindhu in the first game. Li started the second game on a good note. But Sindhu took advantage once again within no time. The Canadian kept making errors and it kept widening Sindhu's lead with every failure. Halfway through the second game, Sindhu was in an advantageous position with an 11-6 lead. She needed ten more points to take home the first CWG 2022 gold medal for India in badminton.

After the break, things started more even, with both players getting two points quickly due to errors committed by their opponent. Sindhu and Li had an exciting rally of 57 shots, which concluded with the Indian losing a point. Li was slowly gaining an advantage over Sindhu as she was cutting the deficit. Eventually, Sindhu's lead was reduced to 13-11. Sindhu kept fighting through the second game and eventually won it by 21-13. With the win, she also clinched her first-ever women's singles medal in Commonwealth Games 2022 and India's first-ever gold in badminton at CWG 2022.

Later today, India will have a chance to capture two more golds in badminton in following matches: