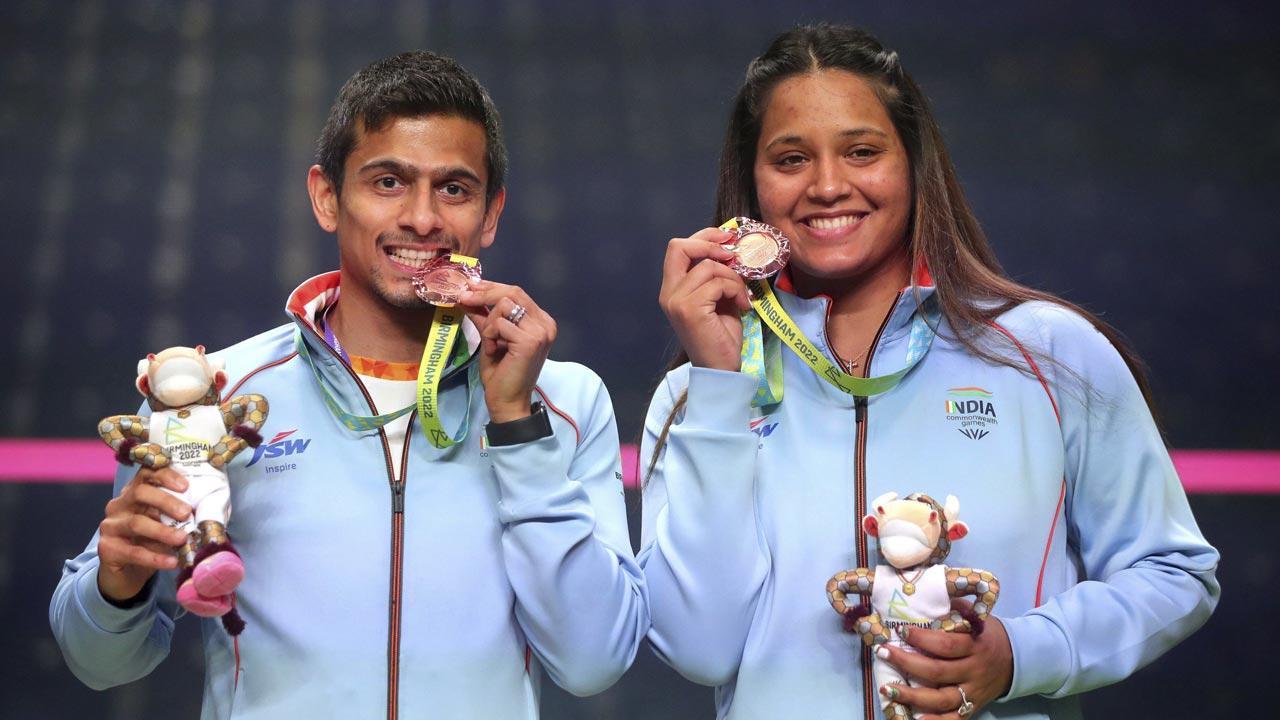 India's Saurav Ghosal and Dipika Pallikal Kartik pose with their bronze medals after finishing third at the University of Birmingham Hockey and Squash Centre on day ten of the 2022 Commonwealth Games in Birmingham, England. Pic/AP, PTI

Up against the Aussie pair who had denied them the gold medal at Gold Coast 2018, the Indian duo started with a lot of intent. Dipika was the early aggressor and took the attack to the Aussies while Saurav anchored the play.

They raced to a 10-3 lead but the Aussies came back to save five game balls. The Indian squash players, however, saw it through to take the lead. The second game saw the Indians play with equal intensity and decimated the Australian challenge with ease to win the medal match in straight games.

With this, the Indian squash players ended their campaign at Birmingham 2022 with two medals.

Saurav Ghosal had earlier beaten home favourite James Willstrop for the bronze in men's singles, which was India's first-ever medal in the singles category at the Commonwealth Games.