Australia won its 28th and last title in 2003. It has finally got back to the final 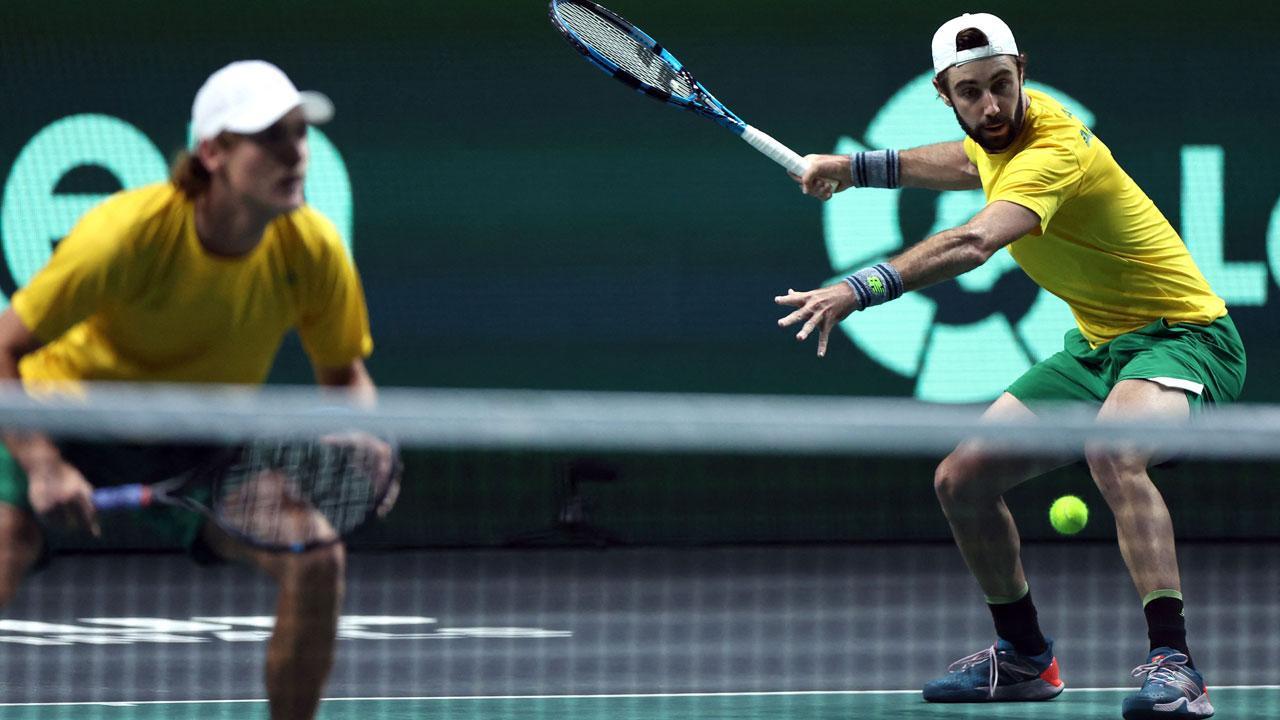 Australia’s Jordan Thompson (R) with Australia’s Max Purcell returns the ball during the men's double semi-final tennis match between Croatia and Australia of the Davis Cup tennis tournament at the Martin Carpena sporthall in Malaga. Pic/AFP


Australia had to fight back twice to reach its first Davis Cup final in 19 years after beating Croatia 2-1. Lleyton Hewitt's team recovered from losing the first singles on Friday. Then the Australian doubles pair battled back from a set down in the decider. Australia won its 28th and last title in 2003. It has finally got back to the final.

"I am so proud. Australia has a really rich history in this competition," said Hewitt, who played a record 43 Davis Cup ties for Australia from 1999-2018. "We have been fortunate to win it all on a number of occasions a long time ago. And I know what it meant to me as a player to play a final, and I am glad these guys can play it."

Borna Coric put Croatia ahead by beating Thanasi Kokkinakis 6-4 6-3, but Alex de Minaur leveled after defeating Marin Cilic 6-2 6-2 to send it to the doubles. Jordan Thompson and Max Purcell then secured the semifinal win against Nikola Mektic and Mate Pavic by 6-7 (3) 7-5 6-4.

"This is what this team is about, that never-say-die attitude," De Minaur said. Canada will face Italy on Saturday in the other semifinal. In the opener, Kokkinakis struck 11 aces, but Coric was able to break him once in each set. "On my serve, I felt like it was an ace or he put it back on my toes," Kokkinakis said.

Cilic, who was on the Croatia team that won the title in 2018, committed 10 double faults. That erratic serve helped De Minaur break Cilic four times and level his head-to-head record with the former US Open winner at two wins each.

Thompson and Purcell bettered the more experienced pair of Mektic and Pavic, both ranked in the top 10 in doubles. Thompson and Purcell combined for 13 aces, broke the Croats twice, and never dropped a service game to come back after losing the first-set tiebreaker.

Two-time winner Croatia was the runner-up last year. "It proved too difficult on the court today," Cilic said. "(But) for us it has been a great year again after the finals last year to reach the semis." The final is on Sunday on the indoor court in Málaga.

Next Story : Mojito for A Campbell Trophy