“It’s nice being able to say that I am the fastest to ever do it,” Popovici said 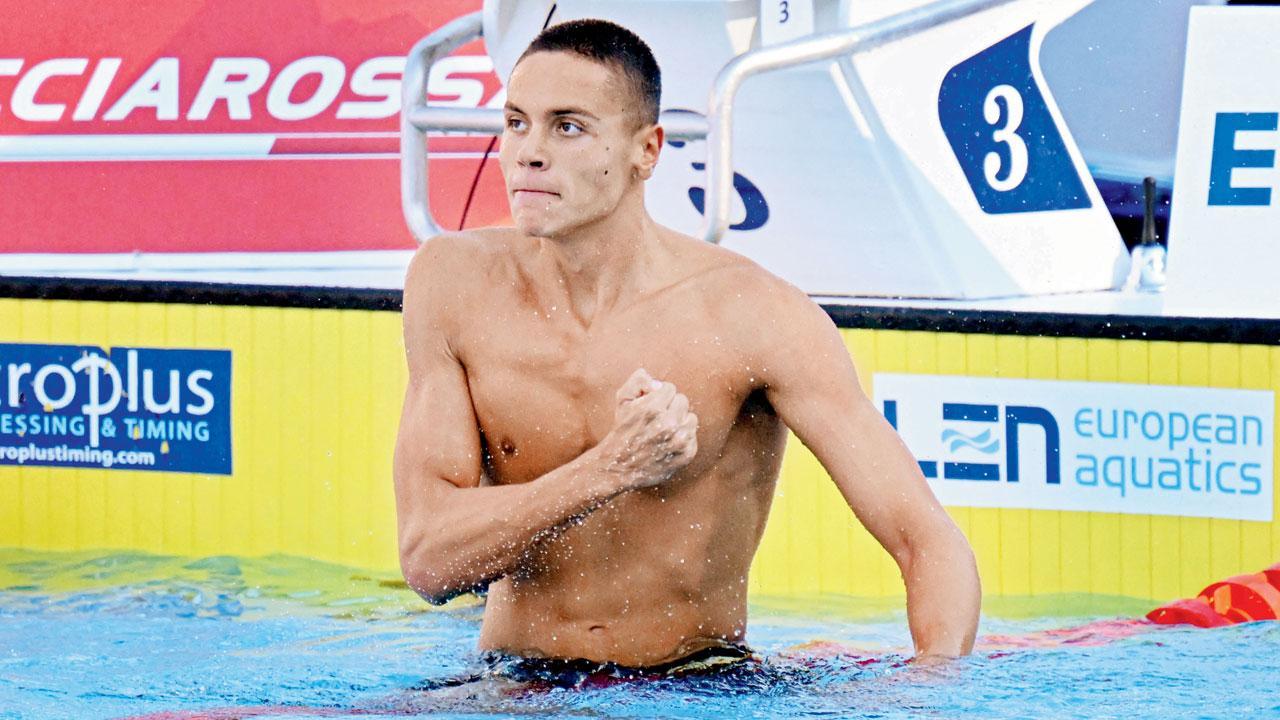 An ecstatic David Popovici after setting a world record in the men’s 100m freestyle final in Rome on Saturday. Pic/AFP


David Popovici reacted with “euphoria” after swimming the “best race I ever did” to break the men’s 100m freestyle world record at the European Championships in Rome on Saturday. “It’s nice being able to say that I am the fastest to ever do it,” Popovici said.

The 17-year-old Romanian double world champion swam 46.86sec to slice 0.05sec off the old mark set by Brazilian Cesar Cielo in the 2009 World Championships, also in Rome, in the era of buoyant body suits. “It was great and it’s very special to break this record that was set here in 2009 by Cesar Cielo,” Popovici added.

Popovici clearly enjoyed the moment. “That was euphoria just kicking in. Simply that.” There’s not really a lot of adjectives I can give on how I’m feeling. I’m simply just happy,” said Popovici.