'Exhausted' Nick Kyrgios would welcome early exit at US Open 2022

Nick Kyrgios declared he would welcome an early exit from the US Open ahead of his first-round match against Thanasi Kokkinakis, claiming he remains "exhausted" following his run to the Wimbledon final 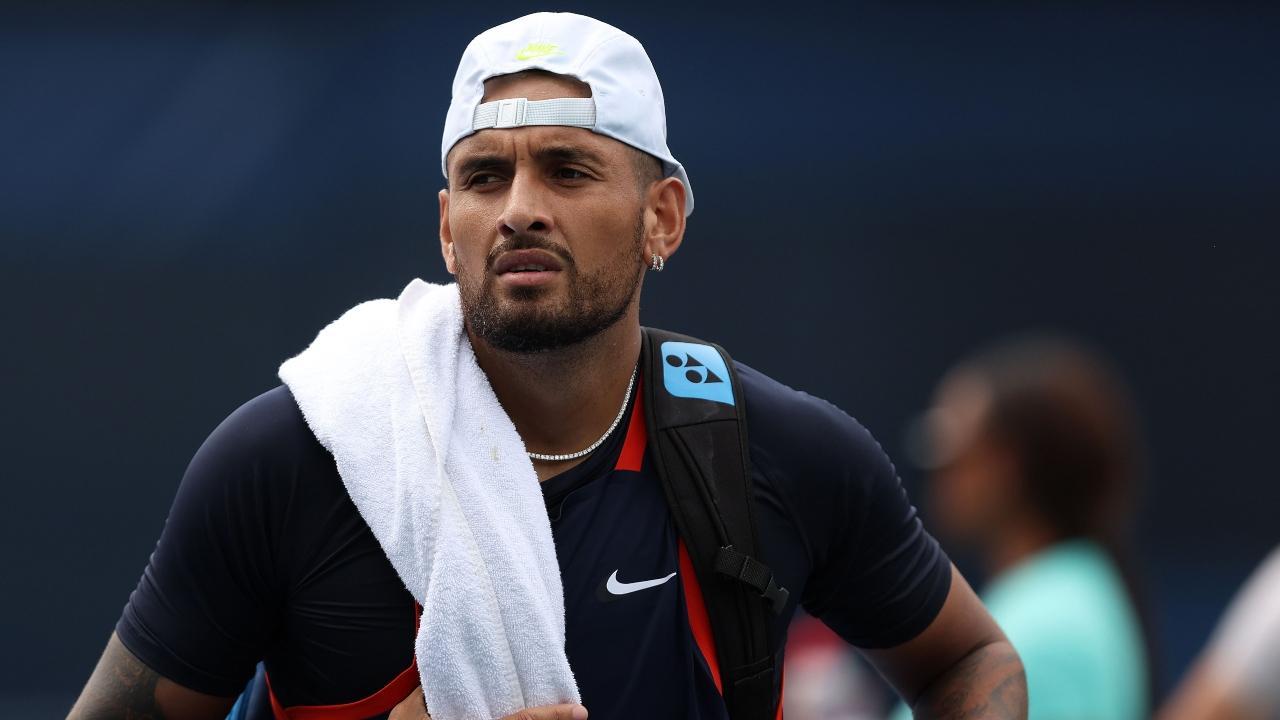 Nick Kyrgios of Australia in a practice session during previews for the 2022 US Open tennis at USTA Billie Jean King National Tennis Center. Photo/AFP


Nick Kyrgios declared he would welcome an early exit from the US Open ahead of his first-round match against Thanasi Kokkinakis, claiming he remains "exhausted" following his run to the Wimbledon final.

Kyrgios came close to clinching his first grand slam title when he met Novak Djokovic in the Wimbledon final in July, taking the opener but ultimately succumbing to defeat in four sets on Centre Court, reports DPA. The enigmatic Australian, who has never gone beyond the third round of the US Open, will begin his final major campaign of the year against his compatriot and doubles partner Kokkinakis on Monday.

But the 27-year-old is not enamoured by the prospect of a deep run in New York, revealing he struggles with being away from his homeland while playing on the ATP Tour. "A big part of me just wants the US Open to be over so I can go home," he said on Sunday. "It's brutal not being able to have the normality of your own bed or your own family for so long and then you have to deal with all this.

"The media, the fans, the training, the matches, the pressure, especially on my spectrum as well -- it's not normal. So it's hard. It's really hard. "I'm definitely feeling very exhausted. Just after Wimbledon, I didn't even have time to enjoy it. "Everyone gets to go home on the tour. They get to take a cheeky little flight back home to reset. There's just no other type of tennis player who really understands that [homesickness] apart from the Australians. "Whether I win or lose, it's going to be the same for me. It's a win-win for me. If I win, it's more money and another great result. If I lose, I get to go home."

Asked what he had gained from his thrilling Wimbledon run, Kyrgios said: "The confidence in myself to be able to do it over two weeks. Staying in a single spot for two to three weeks can be exhausting. "To know that I can do that and go about things the right way and take every practice session, every recovery session, the right way, it's confidence in the back of my mind. "But also, I'm the type of player that if I had won Wimbledon, I probably wouldn't have played the US Open."

Meanwhile, the US Open is set to mark a final grand slam appearance for legendary 23-time major singles champion Serena Williams, and Kyrgios believes she deserves to be considered the greatest player in the sport's history. "Obviously it's a very special moment for her. She's probably the greatest of all time," he added. "Whether or not we see anyone live the career that she has? I don't think that's possible."

Next Story : Talking the race walk!