Heartwarming to read about the stories of our medal winners in CWG 2022: Sunil Gavaskar

Stories of our Commonwealth Games medal winners in Birmingham, their struggles and how the hurdles were overcome is inspirational stuff 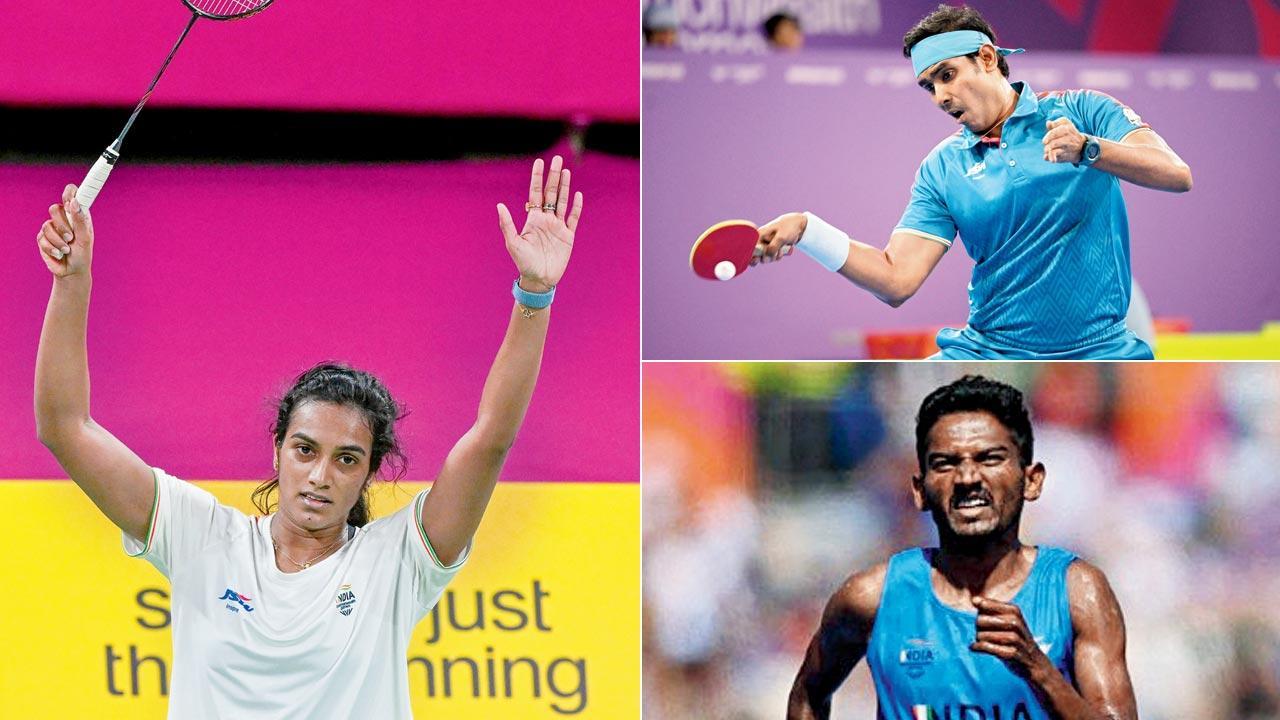 It’s been so heartwarming to read about the stories of our medal winners in the Commonwealth Games in Birmingham. Their struggles and how the hurdles were overcome is inspirational stuff.

Just about every aspiring sportsperson has to face failure at some stage of their careers and how to get over those and lift yourself up to be champions is what sport teaches us.

Most of our medallists come from the interiors of our country where there are few luxuries that the city bred youngsters have. This toughens them up considerably and makes them even more determined to do well in their chosen sport.

They also have the advantage of working at their sport in relative quiet, away from the glare of publicity. This can work both ways too as this lack of spotlight can mean that local administrators can and do play spoilsport in some cases for flimsy reasons or perceptions of being slighted or disrespected by the sportsperson, who may simply be focused on getting better at his sport rather than paying obeisance to the administrators.

Speaking of administrators, isn’t it a surprise that the BCCI, which is generally acknowledged as the best-run sporting body in the country, has had limits put on the terms of its administrators while most of those in other sports carry on blithely till death do them part?

BCCI already had limitations on the terms of its office-bearers before the Honourable Supreme Court intervened and it would have been best if the panel was entrusted to look at all sporting federations in the country rather than just the BCCI.
Why single out BCCI?

It does seem odd that  BCCI office-bearers have to quit after their terms are over while their counterparts in other sports can go on and on. By all means put limits on BCCI officials if you have to, but do the same for every sporting federation too. Look around Indian sport and you will see what I mean.

The time has also come for those on the public media to block all those nobodies who question the winners as was seen when PV Sindhu won the Singapore Open badminton tournament a short while back.

Come on, how many of these nobodies have even won a game of marbles in the backyard to be belittling Sindhu’s achievement? Sindhu is a legend and like so many of our women champions in all sports, is a great inspiration for other budding young women to take up sport and look to make a career of it.

Just block these nobodies, but more crucially our online media should be asked why they even give these nobodies space in their media. Is getting more likes or more followers the only thing  that matters ? How about some respect for the achievement,  the winner ?

In the last few weeks we have had many articles and even some overseas former players questioning the IPL hold over the international game.

Just because some IPL franchises have bought the teams in the UAE and South African T20 leagues, there is this loose talk of blaming the IPL. Well, the opportunity to buy teams was there for everybody in the world, but if the IPL franchise owners were quick off the blocks and bought these teams, then ask your T20 league team owners why their hands were in their pockets and not raised to buy the teams.

All these countries have created a window for their own T20 leagues, but frown upon the IPL creating its own window. Being the richest and the best league in the world, it can create a bigger window if it wants to.

Just as its your country’s prerogative to create space for your T20 leagues, so also it is Indian  cricket’s right to mark the months when it will have its tournament. We are not telling you when to have your tournament, so please don’t tell us when we should have ours.

And let me tell you that all those overseas former players who have expressed fears or reservations about the IPL franchises taking teams in different country’s leagues, if they are offered opportunities to be part of those leagues as coaches, mentors, support staff, media persons, etc, they will be the first to jump at it.

So the bottom line is simple. Mind your own business and Indian cricket will mind its own.