I don't take any win for granted: Novak Djokovic after winning Wimbledon 2022 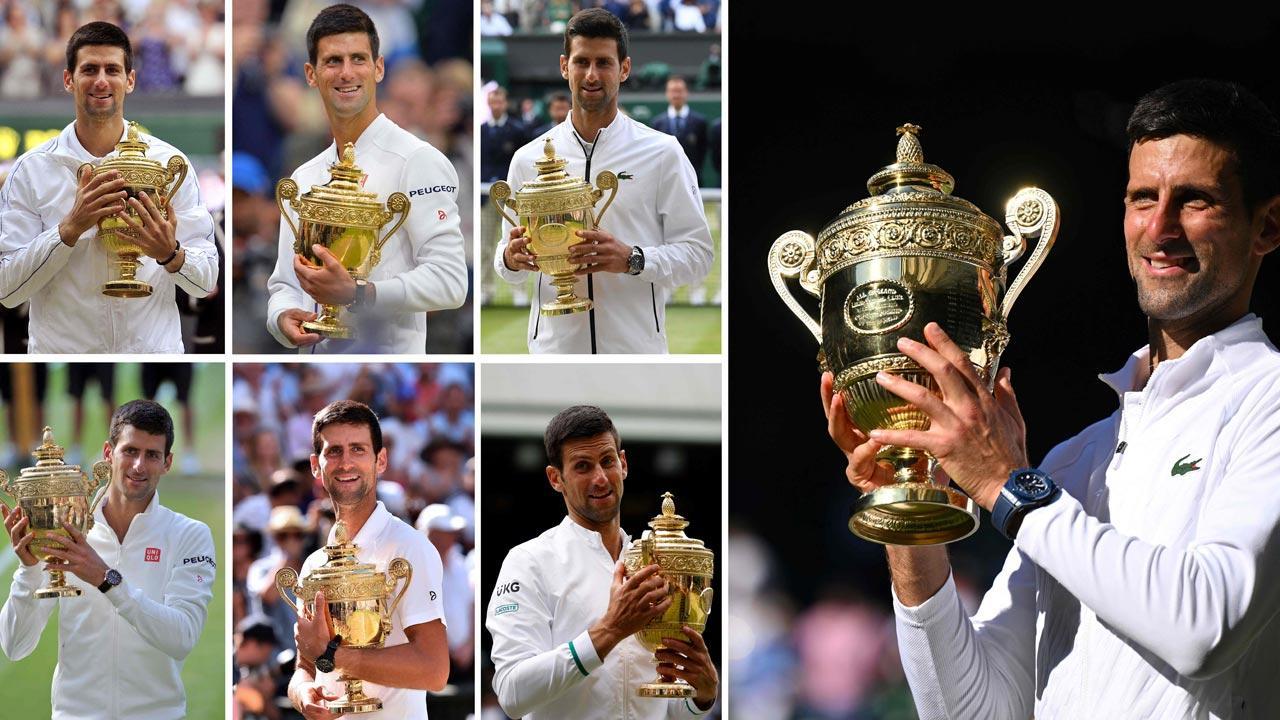 
After his thrilling 7th Wimbledon title victory on Sunday, Novak Djokovic said that he does not take any win for granted, and 'particularly not [at] Wimbledon.'

The Serbian claimed his seventh Wimbledon title and 21st Grand Slam overall by defeating Australia's Nick Kyrgios in an exciting four-set final on Sunday at the Centre Court.

With this Djokovic also went past Roger Federer's tally of 20 grand slam titles. He reached his fourth consecutive title after defeating his Aussie counterpart 4-6, 6-3, 6-4, 7-6(3).

"Obviously over the moon with joy and happiness of experiencing this moment once again. I've said it many times, this tournament is extra special for me because it has been the first tournament that I've ever watched as a kid that got me to start playing tennis," Djokovic said in a post-match press conference.

"I don't take any wins for granted, and particularly not [at] Wimbledon. On the contrary, actually, every time feels a bit different, special in its own way. Of course, having family and close people in my life here to share this victory with them, it was beautiful," he added.

This time one year ago, Djokovic earned his third major of the 2021 season and placed himself for a run at the Grand Slam-winning all four major trophies in a calendar year. Entering this edition of The Championships, however, he had only clinched one trophy for the season.

"Coming into Wimbledon, I felt good for my tennis because I've won three titles in a row here prior to this year. I always liked playing on grass. I felt like each year I've been improving my tennis on grass," Djokovic said.

"I came off from Paris from a tough and also emotional loss against Nadal that obviously was disappointing. But Rome, Paris, I was already playing the tennis that I want to play, that puts me in a position to compete for the greatest titles," the 21-time Grand-Slam champion said.

"I liked my chance coming into Wimbledon. As I always am, I'm very inspired to play my best tennis in London," he added.

The Serbian has appeared in 32 major events matches, the most of any man in history. Kyrgios pointed to the 35-year-old's calm as a key in the match, which the champion appreciated.

"I'm obviously thankful to him for praising my composure. I knew that that probably was one of the key elements today in order to win against him," Djokovic said.

"Not that he's not composed, but he had never played in a Wimbledon final. We know that also he kind of has his ups and downs in the match. My experience of playing in this kind of occasion before could eventually decide or could help to my own advantage and favour," said the seven-time Wimbledon champion.