Indian boxer Nikhat registered a dominating 5-0 victory in the final. Living up to the expectations, Nikhat thrashed Thailand's Jitpong Jutamas without breaking a sweat in the 52kg final 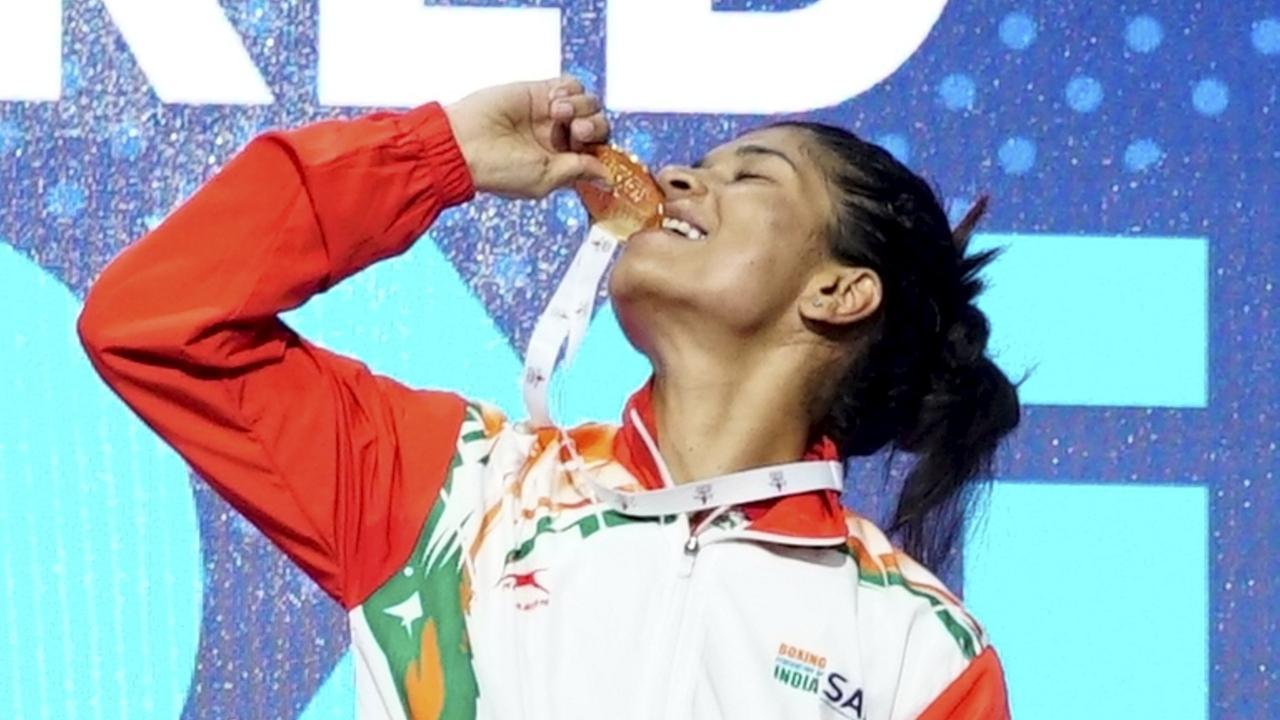 
Indian boxer Nikhat Zareen's parents expressed their happiness after she won gold at the Women's World Boxing Championships in Istanbul.

Speaking to ANI, Nikhat Zareen's father Jameel Ahmed who is proud of his daughter said the whole country was waiting for this gold. "It is a matter of happiness, the whole country waited for this gold. The country, people from the boxing fraternity and we (parents) are proud of her... Kavitha (TRS MLC) met us and we asked for financial support; CM sanctioned Rs 50 lakhs, it was a turning point," he said.

Meanwhile, Nikhat Zareen's mother Parveen Sultana also said, "I am very happy and proud of her (Nikhat Zareen). Inshallah, step by step she will reach the Olympic games."

Telangana Chief Minister K Chandrasekhar Rao congratulated Nikhat Zareen for clinching a Gold medal at the Women's World Boxing Championship 2022. The chief minister said it is a proud moment as Nikhat, who hails from the Nizamabad district of Telangana, stood as the world boxing champion.

Indian boxer Nikhat registered a dominating 5-0 victory in the final. Living up to the expectations, Nikhat thrashed Thailand's Jitpong Jutamas without breaking a sweat in the 52kg final with judges scoring the bout 30-27, 29-28, 29-28, 30-27, 29-28 in India's favour.

With the addition of three medals in Istanbul, India's overall medal tally has gone up to 39, including 10 gold, eight silver and 21 bronze, in the 12 editions of the prestigious event--third highest after Russia (60) and China (50).