‘It was pure madness’

Jo-Wilfried Tsonga bids tearful farewell to French Open after first-round defeat to Casper Ruud; insists he couldn’t have asked for a better script 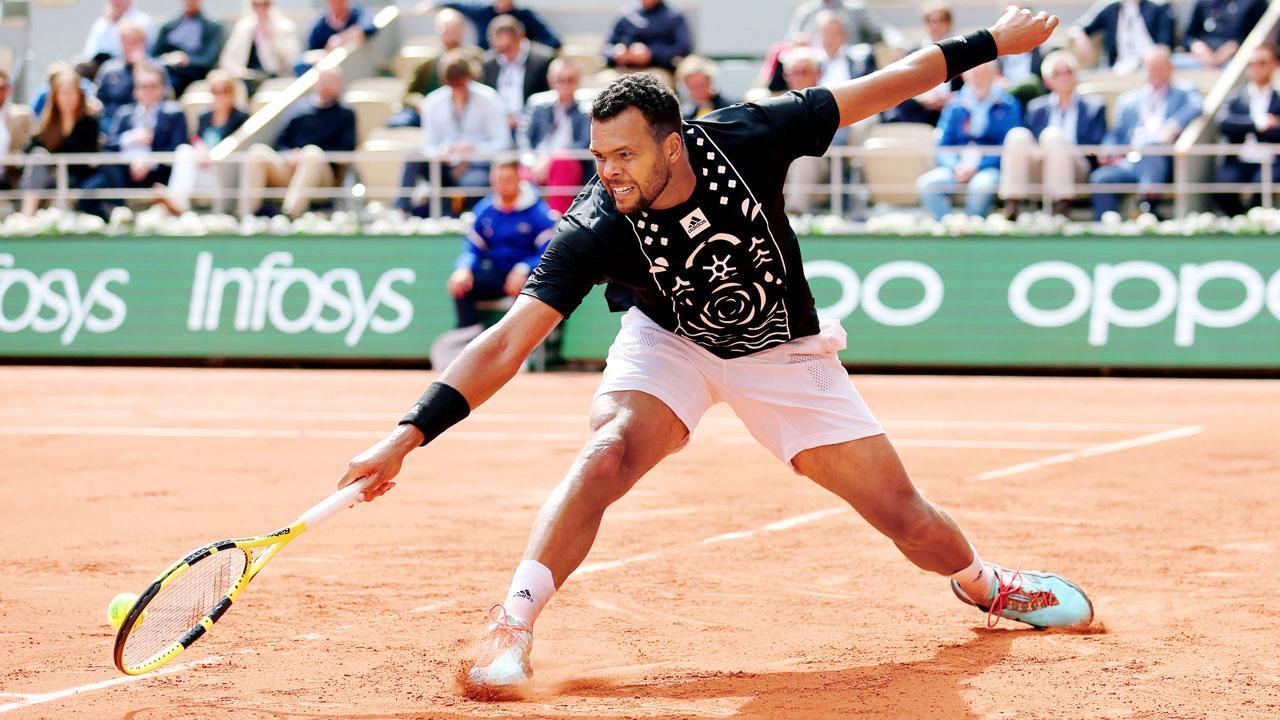 Jo-Wilfried Tsonga during his first-round match against Casper Ruud in Paris on Tuesday. Pic/Getty Images

“It was pure madness today. One of the best atmospheres I have seen in my career, and it’s my last match,” said Tsonga. “I couldn’t have asked for something better. I couldn’t have asked for a better script, apart from the fact that I could have won.” With a brass band blasting out ‘La Marseillaise’ at intervals, Tsonga delighted the crowd on Court Philippe Chatrier by taking the opening set, but Ruud, who won the Geneva title last week, hit back to claim the next two sets.

The Frenchman broke for a 6-5 lead in the fourth set but was unable to serve out, immediately calling for the trainer before the tie-break and taking a medical timeout for treatment to his right shoulder. Ruud, the Norwegian eighth seed, comfortably sealed victory against a visibly ailing Tsonga, who fought back tears before the final point of his 18-year career. “When I was about to serve and I realised I couldn’t put my arm up, then I called for the physio. But I thought, ‘I’m going to stay on the court and finish off this match.’

“I wanted to finish this way, on the court, to do my best, injured or not. In any case, there would have been no second match, because I left everything on the court today.” A video tribute of Tsonga’s career highlights then played inside the stadium as friends, family and fellow players gathered on court for his retirement ceremony. Andy Murray, Novak Djokovic, Rafael Nadal and Roger Federer—all players Tsonga beat at Grand Slams—sent their well-wishes in a series of video messages.

“I really enjoyed it. They are all very happy, because I finally managed to cry,” said Tsonga. “Well, it’s a moment that is going to be in my memory, but it’s so quick when you’re in it. It’s difficult to live the moment that you’re living. My eyes were all over the place. I didn’t really know where to go. When I watch the images again afterwards I will be very moved.”

Next Story : WTA: Raducanu ousted; Azarenka in Round 3