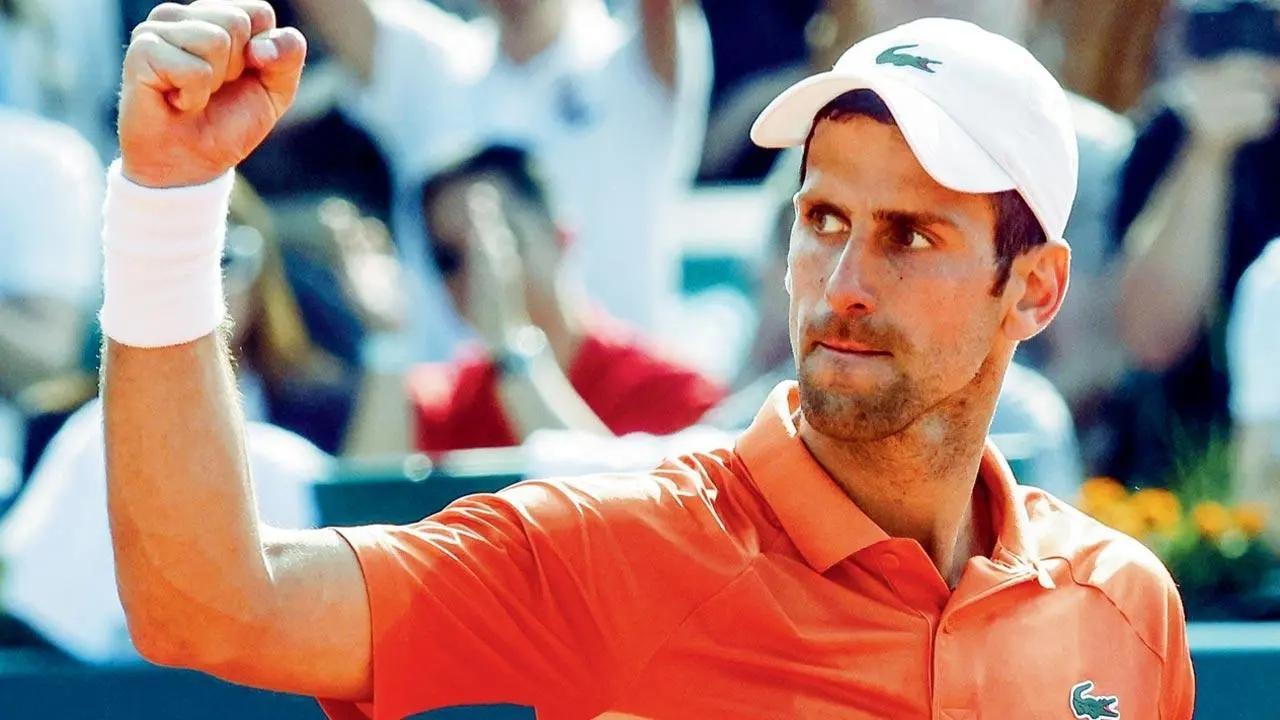 
Novak Djokovic intends to defend his title at Wimbledon and supports the decision by the ATP men's tour to withhold ranking points from that tournament as a show of unity among players -- even though the move will negatively affect his hold on the No. 1 spot.

In response to a reporter's question after his first-round victory at the French Open on Monday night, Djokovic called the All England Club's ban of players from Russia and Belarus over the invasion of Ukraine "a mistake" and criticized Wimbledon organizers for their lack of communication.

"They haven't discussed it with anybody from ATP or any individual players or, for that matter, Russian or Belarusian players to just communicate and understand whether there is a common ground where both sides could be making a compromise and something could work out, Djokovic said about the All England Club.

"So I think it was a wrong decision. I don't support that at all." He called it a lose-lose situation for everyone.

The All England Club said last month it would not allow players from Russia or Belarus to compete when its Grand Slam tournament begins on June 27; the ATP and the WTA women's tour responded by announcing Friday they would not award ranking points to any players for results at Wimbledon.

Djokovic said he heard there might have been other options available to All England Club decision-makers than has been revealed, such as the possibility of exhibition matches to raise money to help Ukrainians in need.

Djokovic has had his run-ins with ATP management in the past, and even worked to create a separate players' association, but on this matter he said he backs the tour.

"Collectively, I'm glad that players got together with the ATP, the governing body of men's tennis, and showed to the Grand Slam that when there is a mistake happening and there was, from the Wimbledon side  then we have to show that there's going to be some consequences, Djokovic said.

The ATP says that all players who earned ranking points at Wimbledon in 2021 (Djokovic earned the maximum 2,000 for taking the championship) will have those erased from their record as part of the usual 52-week system that counts someone's best 19 tournaments over that span.

Whatever happens at the tournament in 2022 will have no bearing on a player's standing. "For me, or for the guys that did well last year, we are not only not going to have a chance to earn points, but we can't defend them," Djokovic said.

"And there are some guys, obviously, who are not going to have a chance to earn points, of course. It's a very unique and weird situation, I must say."

Earlier in the day, four-time Grand Slam champion Naomi Osaka said she was leaning toward skipping Wimbledon with no points on offer. But Djokovic's view was different.

"A Grand Slam is still a Grand Slam, said the owner of 20 such titles, one shy of Rafael Nadal's men's record. Wimbledon, for me, was always my dream tournament when I was a child. So I don't look at it through the lens of points or of prize money. For me, it's something else."