Osaka having fun in Miami sun!

Japanese ace says she’s enjoying herself after win over USA’s Alison Riske in pre-quarters; she recently exited Indian Wells in tears after being heckled by a fan 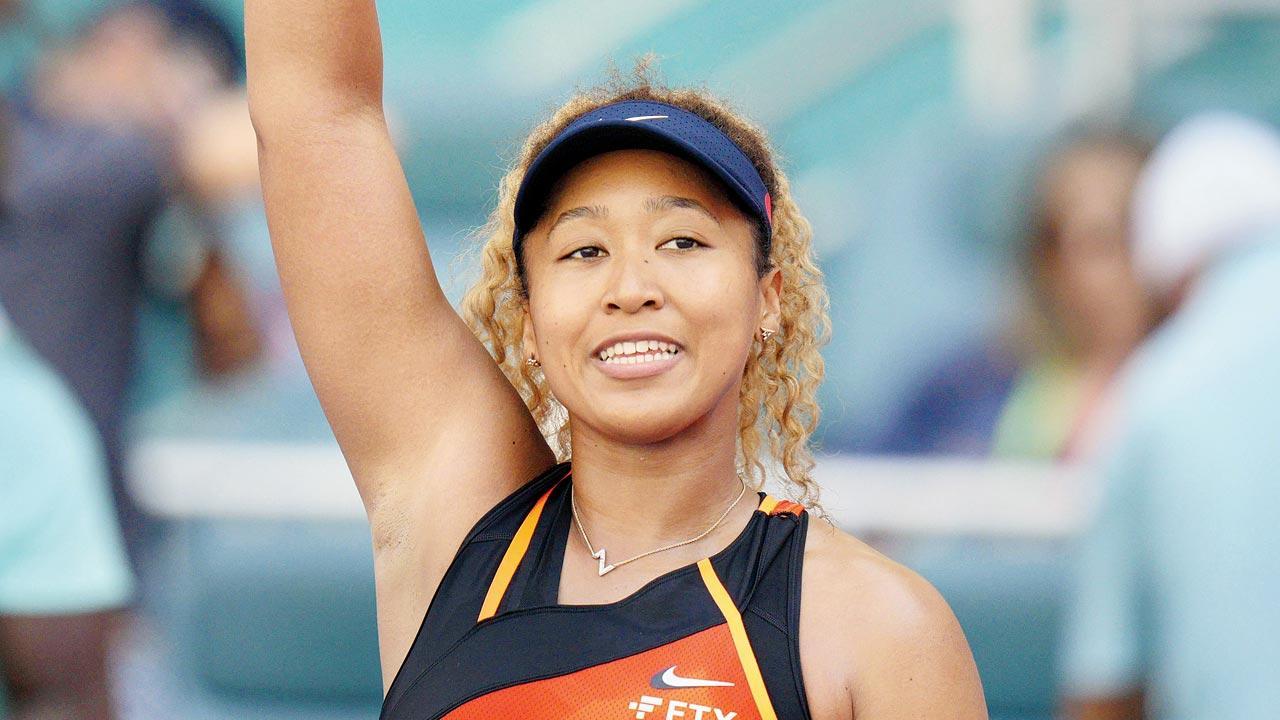 Naomi Osaka after her Round-of-16 win over Alison Riske. Pic/AFP


Naomi Osaka will face American Danielle Collins for a place in the semi-finals of the Miami Open after the Japanese star beat Alison Riske 6-3, 6,4 on Monday.

Osaka has responded strongly in Florida, advancing to the quarter-finals after leaving Indian Wells in tears earlier this month after being heckled by a fan. The four-time Grand Slam champion, who received a walkover in the previous round, is yet to drop a set and remains one of the favourites to land the title.

“I am definitely happy,” Osaka said. “Last year, I got to the quarters in Miami after winning in Australia and I am winning matches here this year too, but I feel more grateful—this is one of the funnest times of my life. There were a lot of things running through my mind last year,” added Osaka who was able to stay firmly on the front foot against American Riske while saving seven of eight break points faced.

“Maybe it was trying to return to No.1 or other things which aren’t that important, but at the time was so heavy in my head. I am just happy to be healthy,” added Osaka, who recently revealed she has benefited from therapy to address her mental health issues.

Newly minted World No.1 Iga Swiatek also advanced comfortably on Monday, sweeping aside the 14th-seeded Coco Gauff 6-3, 6-1 in 1hr 16min. The second-seeded Swiatek, who took over the top ranking on Friday in the wake of the shock retirement of Ashleigh Barty, is now on a 14-match unbeaten streak. The 20-year-old won the WTA 1000 event in Doha and then took victory at Indian Wells earlier this month.

Daniil Medvedev moved into the Last-16 with a comprehensive straight-sets triumph over Spain’s Pedro Martinez. The Russian top seed remains the favourite for the title and his 6-3, 6-4 victory.

Next Story : Manika-Archana enter medal round