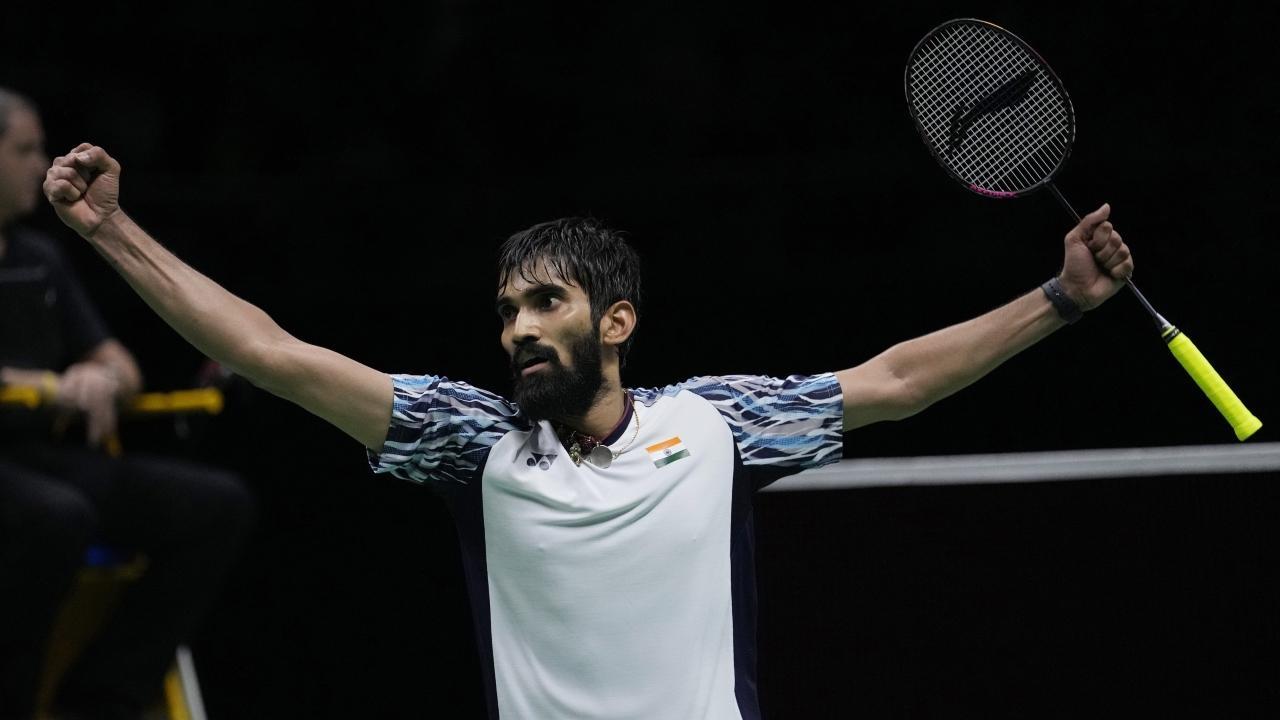 
Indian badminton ace Kidambi Srikanth has said the title triumph over 14-time Thomas Cup champions Indonesia would not have been possible without the contingent showing "pure resilience and mental strength".

In a heartfelt letter posted on twitter on Monday, the 29-year-old World Championship silver medallist, who won the deciding third rubber against world No. 9 Jonatan Christie 21-15, 23-21 to earn a historic maiden title for India in the prestigious team event, said, "I don't even know where to even begin this. The journey to this podium is nothing short of once in a lifetime experience. This has been a result of pure resilience and mental strength."

Srikanth said the victory will remain closest to his heart as the contingent had chosen him to be its captain.

"As a sportsperson, I have seen more losses than wins but this will remain the closest to my heart because of the team and my boys. They bestowed upon me a great honour and chose me as their captain but I must say I learnt more than I lead this team. I know that the next generation is in safe hands and leadership like we were," said Srikanth.

My thoughts on the #ThomasCup2022 victory .

Words fail me but I tried . #Jaihind pic.twitter.com/dgMUPWFuxJ

"I am immensely humbled and blessed to be on a prestigious podium that an Indian never stood on before. This may have been the first but I assure you it won't be the last," added Srikanth.

The Indian team had previously reached the Thomas Cup semis in 1952, 1955, and 1979 but could never return home with a gold medal.

"I would like to firstly take an opportunity to thank our support staff -- Vimal (Kumar) Sir, Dr. Kiran CH, Dr. Sumansh S. and Dr. Abdul. The real people behind this victory is them. Special mention to our coaches Siyadath Ullah, Yoo Yong Sung, Mathias Boe and Vijaydeep Singh.

"Each player contributed in a humongous way in their own individual place. Singles Prannoy HS, Lakshya Sen and Priyanshu; Doubles -- Satwik, Chirag Shetty, Dhruv Kapila, Arjun MR, Krishna Prasad and Vishnu Vardhan. And I myself have had an opportunity to win 6/6 matches this tournament," said Srikanth.

"The support of Indian fans in Thailand, our virtual family, sport enthusiasts all across the world. Thank you for your time and love for we have clearly absorbed your energy and stand before you with this historic feat," he added.

Next Story : Manu gets her smile from mom