Shams said, he had informed Air India's cabin crew that he wanted his own wheelchair after landing but was provided one that was "uncomfortable" and sized XL 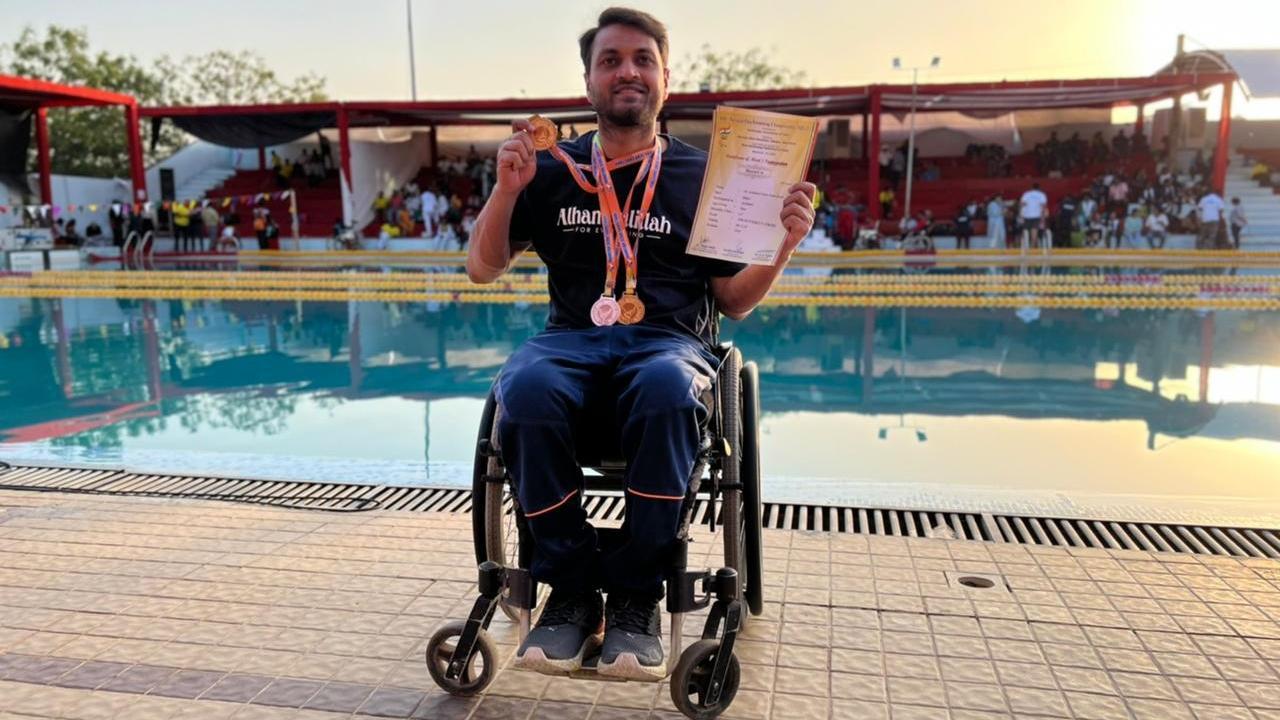 
An Indian Para Swimmer alleged that he had to wait for nearly 90 minutes to get his wheelchair at IGI airport. Mohammed Shams Aalam Shaikh landed in Delhi on Monday evening after a nearly 12-hour-long journey from Melbourne.

Tweeting about the matter, Shams said, he had informed Air India's cabin crew that he wanted his own wheelchair after landing but was provided one that was "uncomfortable" and sized XL. However, Air India soon responded to Alam's tweet and said it had got delayed due to airport security reasons.

We understand it took some time to deliver your personal wheelchair as it got delayed due to airport security reasons. We hope you would give us another opportunity to make things right. 2/2

On the matter, an Air India spokesperson said, "Aalam was provided with an aisle wheelchair "as per procedure from the aircraft as soon as the flight landed". "His personal wheelchair arrived at the belt in a while after due security clearance. He was escorted by airport handling personnel throughout. The inconvenience caused by the delay, which was beyond our control, in the arrival of his wheelchair is regretted," said the spokesperson.

In an another tweet, Aalam said, "The wheelchairs at airports are big. Nobody can drive them on their own, they have to be pushed. How can I ask someone to come to the washroom? If other countries can provide their own wheelchairs, why are we not getting them in India? It's not the first time I have faced this, it has happened in the past on domestic flights."

Dear @airindiain i landed with AI 309 5 pm at @DelhiAirport . I am a wheelchair user and I informed cabin crew that I need my wheelchair at gate. After an hour i am still waiting and not received my personal wheelchair. I need to use washroom no one supporting.

He said, "I got my wheelchair after waiting for one-and-a-half hours. Through my tweets, I wanted to raise awareness that if someone is asking to use his or her own wheelchair, please allow them. Everybody can not fit in the same size and they are not comfortable in a wheelchair where they need someone's support to push them from behind.

Thank you twitter family for your support. I received my wheelchair. However @airindiain kindly conduct sensitization program to handle PwD. If a PwD asking for his wheelchair don't force them to sit on your XL size uncomfortable wheelchair.