Spanish stalwart Rafael Nadal has revealed why he became super emotional during Roger Federer's last match in the Laver Cup, saying it was because an important part of his life was leaving with the retirement of the Swiss ace. 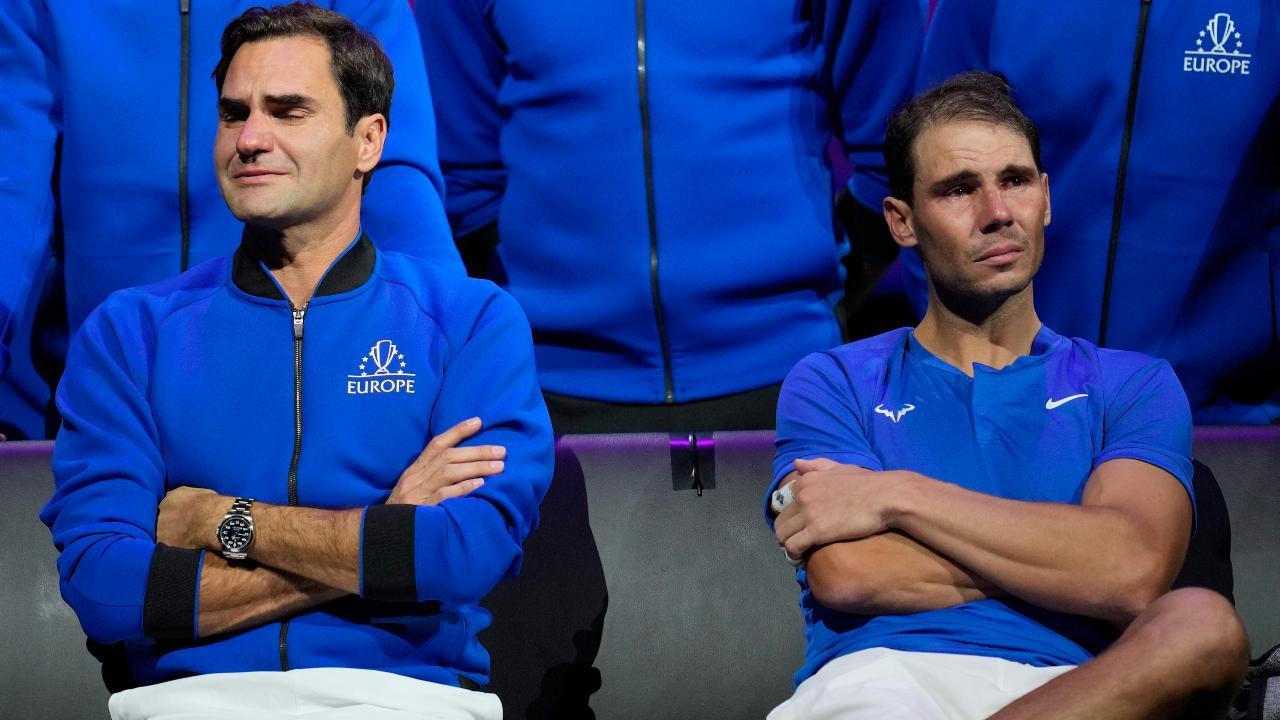 
Spanish stalwart Rafael Nadal has revealed why he became super emotional during Roger Federer's last match in the Laver Cup 2022, saying it was because an important part of his life was leaving with the retirement of the Swiss ace. Nadal, the winner of a record 22 Grand Slam singles titles, and Federer became emotional following their doubles loss to the American pair of Jack Sock and Frances Tiafoe in a Laver Cup match on September 23 with both seemingly finding it hard to hold back tears after the defeat.

Nadal and Federer share a rivalry dating back to 2004, and while they were the fiercest of rivals on the tennis court, they remain the best of friends off it. Federer first faced Nadal in 2004 at the ATP Masters 1000 event in Miami. They clashed a further 39 times over the years, competing against each other in 24 finals. Reflecting on his friend and rival's last match, Nadal said, "At the end everything became super emotional. For me, (it has) been (a) huge honour to be a part of this amazing moment of the history of our sport, and at the same time a lot of years sharing a lot of things together.

"When Roger leaves the Tour, an important part of my life is leaving too because (of) all the moments that he (has) been next (to) or in front me in important moments of my life. (It) has been emotional see the family, see all the people. Difficult to describe. But, yeah, (it was an) amazing moment," Nadal was quoted as saying by atptour.com. Nadal called their association a "super long and positive journey".

"When I started to be (a) better player, then Roger was always there in front of me. For me (he) was always the guy to beat. So at some point we were probably the biggest rivals -- I think always in a very good way. We respect a lot each other, (our) families, (our) teams. I mean, we never had big issues," Nadal said. "But it's true that the personal relationship... when we were getting older, I think every year the personal relationship gets better and better (on) a daily basis. I think in some way we understand at the end we have a lot of things similar. We approach life probably similarly. "In the family life, personal life, probably we approach life not in a very different way. So that's why we can trust each other, we can speak very often, and we're able to speak feeling very free, feeling confident," Nadal said.

"Having somebody like Roger that I feel confident to talk about any personal thing, it's something that it's very beautiful after all the things that we shared together and all the important things that we fought for such a long time. "(I am) very proud to be part of his career in some way. But even for me happier to finish our career like friends after everything we shared on court like rivals," added Nadal.