Roger Federer out for weeks after knee surgery, to miss French Open

"The last time it was hard but he still won the Australian Open in his stride after not playing for nine months!" said the 35-year-old Simon. "There's nothing else to say. We'll wait and see." 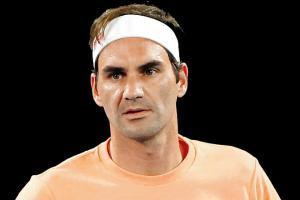 
Paris: Roger Federer has undergone surgery to resolve a longstanding knee problem and said Thursday he would be out of action until after the French Open while his rivals backed the 38-year-old to return as strong as ever. The 20-times Grand Slam winner revealed on his Facebook account that he underwent surgery in Switzerland on Wednesday and would miss a string of tournaments including the May 24-June 7 French Open. "As a result, I will miss Dubai, Indian Wells, Bogota, Miami and the French Open," he said. Federer, who has amassed 103 career titles, explained that he had intended to avoid surgery if possible but the problem in his right knee refused to go away. He will now target a return for the grass court season and an assault on a ninth Wimbledon title after reaching the final in 2019 where he had two championship points before losing an epic final to Novak Djokovic. "My right knee has been bothering me for a little while," added the world number three who reached the Roland Garros semi-finals last year.

"I hoped it would go away, but after an examination and discussion with my team, I decided to have arthroscopic surgery in Switzerland yesterday." "After the surgery the doctors confirmed that it was the right thing to have done and are very confident of a full recovery. "I can't wait to be back playing again soon -- see you on grass." Federer, French Open champion back in 2009, will miss Roland Garros for the fourth time in five seasons. His absence from Paris means his great rival Rafael Nadal, the 12-time champion, can draw level with the Swiss on 20 majors. Federer also underwent surgery on his left knee in February 2016 which allowed him just seven tournaments that season. However, that surgery-enforced absence eventually paid dividends with another Australian Open title and then Wimbledon six months later. He has only played one tournament in 2020, making the semi-finals of the Australian Open where he was defeated again by eventual champion Djokovic.

'Wise decision'
His last appearance on a court was an exhibition event in Cape Town earlier this month where his charity match with Nadal was played in front of 50,000 spectators, a world record for a tennis event. This year's Wimbledon runs from June 29-July 12 with the Tokyo Olympics tennis event following from July 25-August 2. Federer has yet to win a singles gold medal at the Games. He was a silver medallist in London 2012 while, four years earlier in Beijing, he won the doubles title with Swiss teammate Stan Wawrinka. Federer's decision to skip the French Open was met with understanding by organisers. "We are disappointed not to see Roger again," tournament director Guy Forget told France Info.

"If he had taken this decision, then it was the wisest." Russian world number five Daniil Medvedev said it was sad to see Federer forced to sit out the US hardcourt and European clay court seasons. "The news shocked me. I didn't know he was going to have an operation," said Medvedev who is the top seed at the ongoing Marseille ATP event this week. "It's a little sad for him in the sense that he misses tournaments when he is still playing well. I'm sure he's going to come back well at the grass court season. Fellow veteran Gilles Simon, who played Federer for the first time 12 years ago, said the great Swiss will be a serious contender on his return. "The last time it was hard but he still won the Australian Open in his stride after not playing for nine months!" said the 35-year-old Simon. "There's nothing else to say. We'll wait and see."