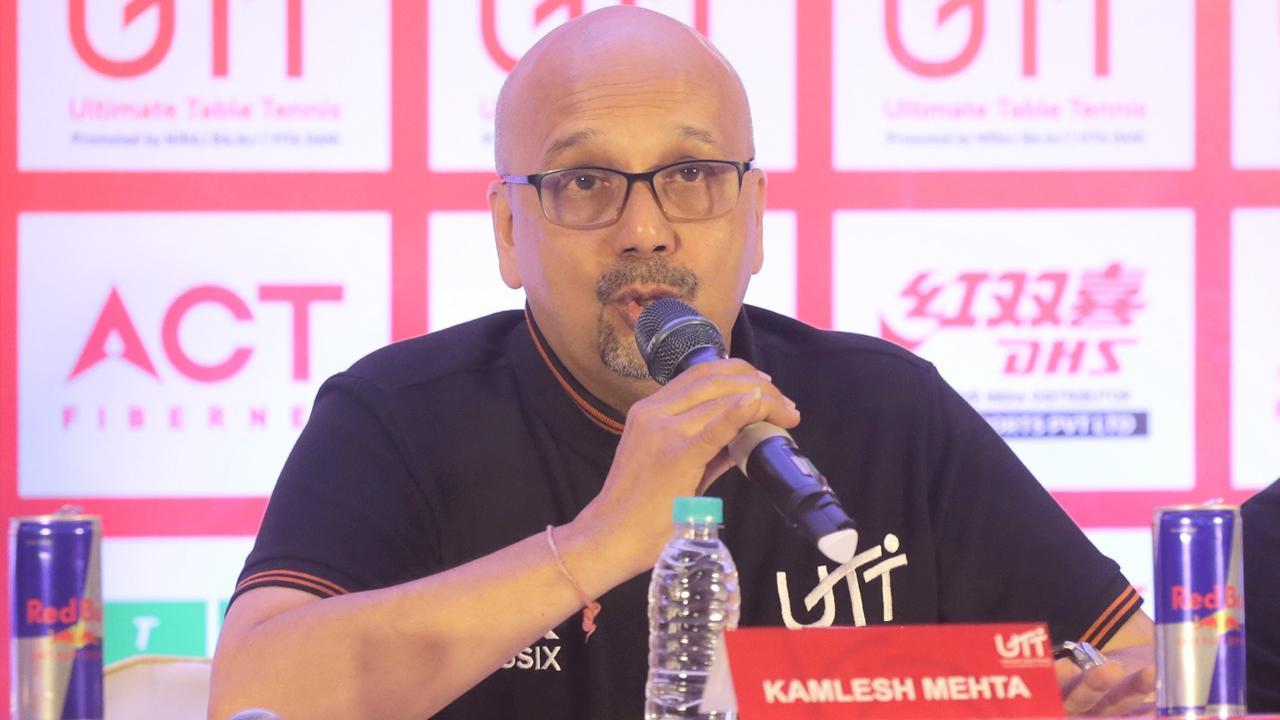 
April 6 was celebrated as World Table Tennis Day across the world and one of India’s most decorated paddler and Olympian, Kamlesh Mehta, 60, believes India’s TT landscape has seen a paradigm shift from his playing days.

The eight-time national table tennis champion, who started playing TT in the 1970s at Matunga Gymkhana  in Mumbai, stated that the sport in India has been constantly evolving and it has been good.

“TT landscape has changed drastically in India. The sport has seen constant changes and it has been good. The major change is that today, in India, there are four men’s players who are in the Top 100 rankings. And in women’s, there are two players in the Top 100.

Earlier, we only had one player in the Top 100, so this a major change,” Mehta told mid-day.com.
“Secondly, the amount of exposure we had at our time and the exposure now is very different. Thirdly, there are players coming up in all categories like seniors, youth, junior as well as cadet. In the U-12 to below, there are around 40 players who rank in the Top 100. It’s not just that your main players are doing well, but there is a chain of players, right from the age of 12 who are doing well at the international level.  And this is down to the exposure they are getting. These are the major factors that have led to a paradigm shift,” said the ex-paddler, who represented India in seven world championships, eight Asian championships, two Asian Games, four South Asian Federation games, and two Olympics.

The Arjuna awardee (1985) stressed the fact that professional round-the-year coaching is also playing a major role in helping the growth of players.
“Nowadays, a lot of round-the-year training camps take place for players and there are camps before tournaments. Then there is support from the government and involvement of corporates and NGOs who support individual players so that they focus on excelling at the international level,” the former India captain said.

“During our time, the objective of most players was to get into the Indian team. In that respect, I see a major change now. Now, even a junior player wants to do well at the international level,” said Mehta, who is also a Government of India appointed National Observer for TT.

In the current environment, for any sport and its players to flourish, a franchise-based league is crucial. Indian TT too has its own professional league—Ultimate Table Tennis (UTT) launched in 2017. Mehta reckons UTT has provided the required impetus for the sport and the players to reach new heights in the country.

“UTT has helped Indian players get exposure of playing against foreign players and give them the belief that they can beat them. It has also made India a TT destination. Earlier, foreign players had reservations of travelling to India. When it came to TT, India was not seen as an important destination,” said Mehta, who is the Director of UTT.
For Mehta, the UTT’s biggest achievement is the fact that Indian players have brought about a fear factor among the world’s elite paddlers. “Earlier, if there was an Indian player in the draw they were not concerned. Now, Indian players are taken seriously by foreign paddlers,” he explained.

“We have a strong and experienced team for the Tokyo Games. Sharath Kamal has been playing at the top level for a decade now. G Sathiyan and Manika Batra have done well all over the world. So they have the potential on the given day. But while they will be working hard, other players too will be preparing well too,” Mehta remarked.
According to Mehta, this is the best ever team to represent the nation at the Olympics, but the draw will be crucial.

“They have a good chance, but the draw is very important. There are certain players against whom you are not very comfortable and that matters a lot. Now, we have got the best of our best players who have qualified for the Olympics. Of all the Olympic teams, this one have the best chance to do well,” Mehta signed off.

Next Story : What are the odds!