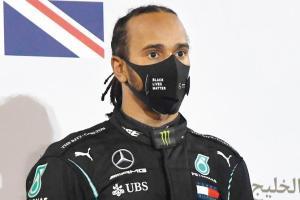 
Formula One world champion Lewis Hamilton, who was diagnosed with coronavirus this week, is struggling with the illness and is in doubt for next week's season-ending Abu Dhabi Grand Prix, Mercedes team boss Toto Wolff said on Friday The seven-time champion won the Bahrain Grand Prix last weekend and was ruled out of Sunday's Sakhir Grand Prix after waking up on Monday with mild symptoms. The 35-year-old is now in the process of isolating for 10 days according to the established protocols. "He is not great," said Wolff after Hamilton's replacement George Russell posted an outstanding time-topping lap in opening practice.

"Covid-19 is something you mustn't take lightly and he is in safe hands. That is the most important, but it is these early days that are not so nice." Speaking to Sky Sports F1, Wolff said Hamilton was still suffering from "mild symptoms" and a large dose of frustration at missing a race weekend for the first time in his F1 career since his debut in Australia in 2007. "As you can imagine, a race driver out of his car... combine it with Covid, he would rather sit in there (nodding towards the Mercedes garage)." When Hamilton completes his 10 days' isolation, he will need to undergo another Covid-19 test next Wednesday and Thursday to ensure he is given the all-clear ahead of the Abu Dhabi event starting on Friday. 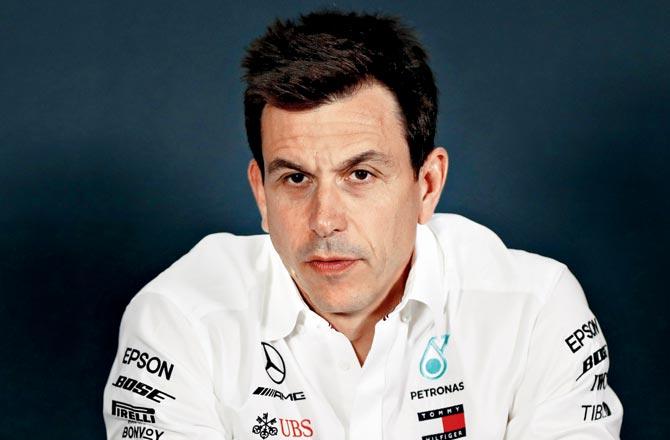 If he fails to make it, Russell looks to be in a perfect position to take advantage after outpacing Mercedes number two driver Valtteri Bottas by three-tenths of a second early on Friday. "He (Russell) delivered a really solid job in what we expect from him on a single lap. "It's difficult to establish a benchmark because Valtteri broke his car early on and it was difficult for him to stop it properly. "He even stopped running, so we didn't see Valtteri in the right car, but this is not to diminish George's performance for the first time in the car. It was good." Hamilton is the third driver this year to miss a race due to Covid-19, following Racing Point duo Sergio Perez and Lance Stroll.