Kulcha with a bit of India, bit of Pakistan 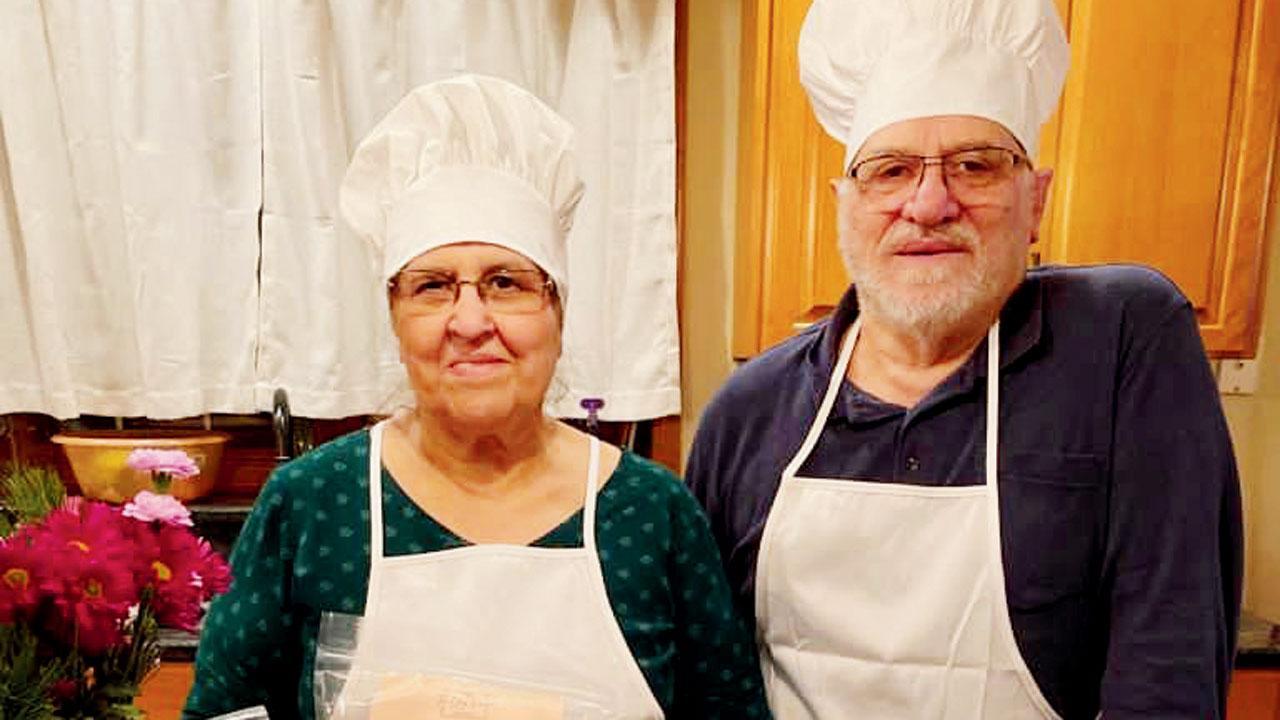 
They are Sufis, those who travel the world, spreading the message of peace and love. So, when Nouman and Shahnaz Sufi moved to the US in 2013, they took along with them, their family customs and tradition. The most adored among them was baking. It was their way to spread joy, albeit on a small scale. In June last year, they started a commercial setup, The Clay Oven Foods, that offers the famous hand-tossed Kashmiri roghni kulcha. For those who know, it is an absolute treat to the senses. A soft cloud like dough is kneaded with milk, and once risen, is given ample rest before gently stretching it by hand. Sprinkled with sesame seeds, it is baked in the oven, and when it comes out, the, soft, airy, golden goodness can be had as is, with nun chai or be dunked into a favourite curry or dips or with barbecued meat. In its westernised version, it can even be transformed into a densely flavoured pizza with an unusual pillowy base.

It has only been three months  since they took the venture online and they already have orders coming in from Virginia, California, and Oklahoma among other states of America. Made with organic ingredients such as milk from farm-grazing cows and ground organic wheat, the frozen kulcha is shipped all over the US, to some parts of Canada and is best to use within a week of refrigeration. All you need to do is splash a little water over it, and heat on a frying pan till it turns warm and fluffy.

Even today, the aroma  of the freshly baked roghni kulcha takes the couple back to the old, walled city of Lahore, where they were made at the Sufi Kashmiri Kulcha Shop. Their fathers would meet and reminisce about their own original outlet, Sufi Sultan Kulcha Shop at Hall Bazar in Amritsar, where they lived before the Partition. Over a telephone call, their son Salman Sufi tells mid-day, “We still walk down those streets when we are in the city. Both my grandfathers had such happy memories of Amritsar and Kashmir, where our roots are and where they learnt to cook in the picturesque beauty of copper sunsets and snow-capped mountains. Our freshly baked products are made with love, using a treasured family recipe that have been guarded for over a century. This is what they gave us, and what was passed to them.”

In the early 1900s, Sufi’s paternal and maternal grandfathers Sufi Habib Ur Rehman and Sufi Ghulam Hussain, both friends, put their ideas and recipes into work, to create some of the finest Kashmiri delicacies to be served to patrons. “Through collected savings, they invested in a small bakery where they made roghni kulcha and baqarkhani,” says Sufi, whose mother Shahnaz, decided to take the legacy forward. She had learnt by observing her father and later father-in-law. “That was her training ground. She, along with my father Nouman Sufi, developed a keen interest in building on these recipes through endless demonstrations as well as experiments in the kitchen to ensure that the kulchas tasted just as fresh as they were frozen, even after travelling a distance. To this day, each item is baked and made with ingredients that are fresh, natural, and guaranteed first-class quality because we personally source them from reputed traders,” he adds.

Sufi’s adopted son Haris has cerebral palsy and while he cannot speak or eat anymore, he feels delighted that the food from his family makes its way to tables across the world. “The warmth, love, and effort that goes into the food we bring is unmatched. This is not commercial food; it’s rich in flavour and a product of a century of perfecting recipes,” says Haris. Part of proceeds from the sales go to the Salman Sufi Foundation, an independently-run social welfare organisation that is dedicated to women’s empowerment (Women on Wheels) and sanitary initiatives (Saafbath) in Pakistan. In 2019, Sufi was in Mumbai to receive the prestigious Mother Teresa Award for his work on empowering women in Pakistan over the last four years.

At a glance, the kulcha may seem simple, but the taste is extraordinary. Sufi says, “What passes of for Kashmiri kulchas in most restaurants across the world is appalling. People don’t know the authentic taste; once they do, there is no going back. Back in the day, recipes of breads were guarded, passed down to a child in the family and the precious artisanal skills were mastered through immense dedication. We were always reminded to never forget the supreme Sufi motto—to spread love and stay down to earth. People often ask us if it is a Pakistani recipe or an Indian one and we say, it’s Kashmiri.
Let’s not make food political.”

Next up for the Sufis is taking the family recipes of goshtaba and Kashmiri biryani to their clients.