A German filmmaker, who has made India his home, pays cinematic tribute to Auroville's lush forest, the result of a unique 50-year-old afforestation project. 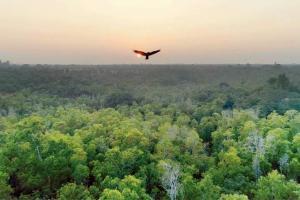 
When he was a high school student in Duisburg, Germany, Christoph Pohl wanted to travel to India. Ten years later, in 2004, when he graduated in media technology engineering, he got to live his dream. "In those 10 years, three friends spoke to me at different points about an international township in India. So, when I finally came here, I had to visit Auroville," he says. Pohl bought an old Bullet and travelled through South India, his first time on a bike. "I liked it so much that, I didn't sell it. I parked in Auroville and returned."

In 2008, Pohl was back, this time travelling overland by bus and train through Turkey, Iran and Pakistan. "The plan was to volunteer at Auroville Radio. I never left."

In the 1930s, Mirra Alfassa, spiritual guru, occultist and a collaborator of Sri Aurobindo, incepted the idea of a township that would come up on 20 square kilometres of barren wasteland in Tamil Nadu, 10 km north of Pondicherry. Auroville was finally built in the 1960s, with a vision to realise human unity in diversity. Auroville Radio records, collects, and broadcasts daily events occurring within the township. 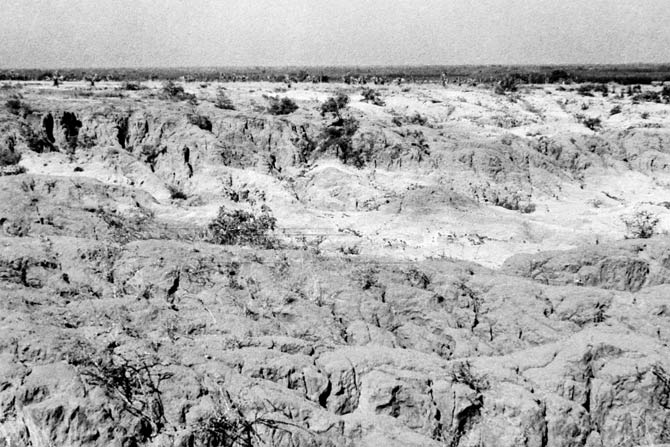 Pohl says one of the first aspects of his new neighbourhood that struck him was its forest, especially when he learned that it wasn't always there. "Auroville was a barren desert plateau. I had no idea that you could create a forest from scratch, and within the short time of 50 years." The result of an afforestation project, the Auroville forest is an example of eco-restoration that recreates and preserves a type of tropical forest that is on the verge of extinction.

Pohl decided he'd live in the forest community and volunteer. For the past two-and-a-half years, he has been co-steward of his Auroville forest community called Bliss Forest. The forest houses a collection of 44 communities, each headed by a steward or two. His experience in filmmaking and forestry, led to the making of his first feature film, Ever Slow Green.

The 56-minute-long film, which saw its world premiere earlier this month, features a team of 17 that's currently involved in Auroville's forest work. "The film tells the story of the forest through the diverse characters who have dedicated their lives to nurturing it. It's moving to see their love for the forest," he says about the film shot entirely in slow motion. "The technique in a sense, represents how slow the process of growing a tree and creating a forest is." The soundtrack is taken from North American musician Greg Davis' album Curling Pond Woods (2004).

Ever Slow Green will be screened at the Rishikesh International Film Festival this March.

Next Story : A musician in London