‘There is no such thing as modern Indian food’

Sunday mid-day catches up with Chef Himanshu Saini after his Tres Ind Studio in Dubai wins its first Michelin Star, making it to the World’s 50 Best Restaurants list 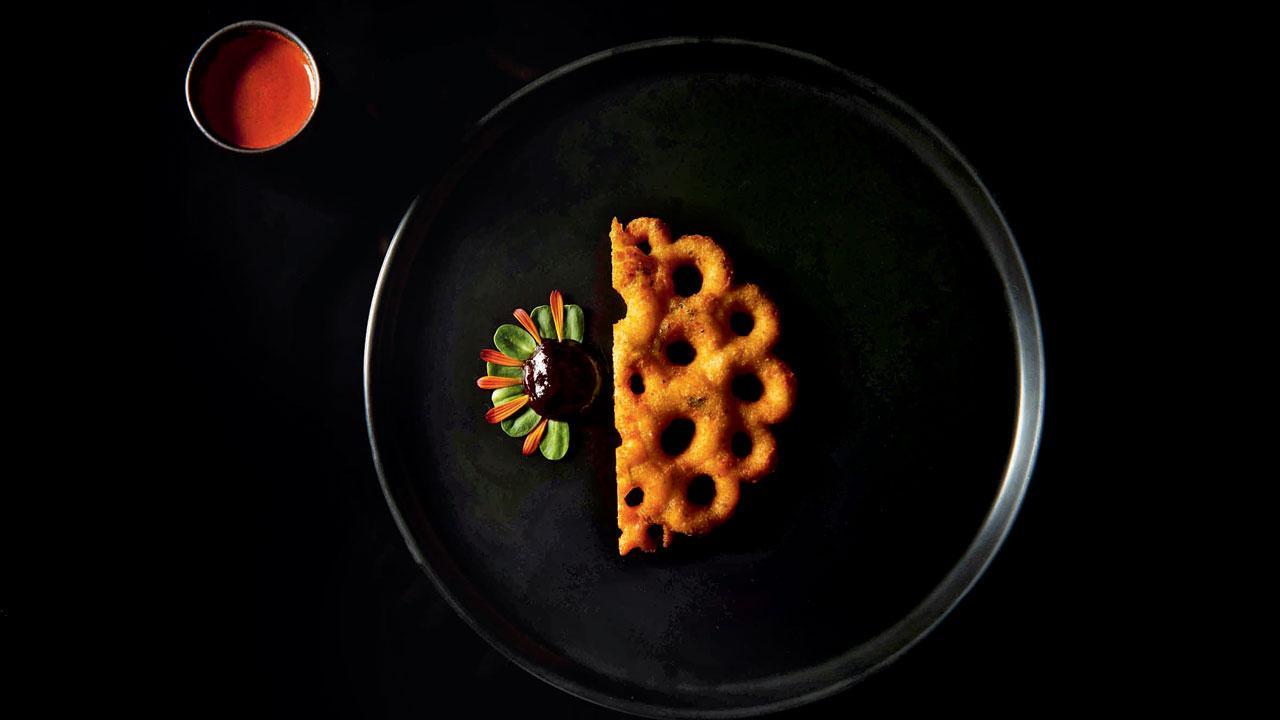 
Food is a form of art and chefs are artists whose medium is cooking in maverick ways. In the week that this writer experiences a meal by Chef Himanshu Saini—one that manages to rekindle the pleasure of a fine-dine, course-by-course presentation—our reading list includes a book titled Modernism by cultural historian Peter Gay. We’re gladdened by this serendipity.

There is an underlying connection, as we allow his culinary sorcery to charm our palate; be it the black lime chutney that accompanies the dal vada and bubbly carrot kanji, the raw banana varuval that comes cloaked under coconut lassi or the crispy banana chip that takes us by complete surprise.

The book traces the rise of artistic Modernism through the revolutionary path in Paris before it became a dominant cultural movement world over. Impressionist painters such as Van Gogh, Monet and Manet added a pop of light colour to their canvases, and writers such as Baudelaire infused blasphemous imagery in their poetry. 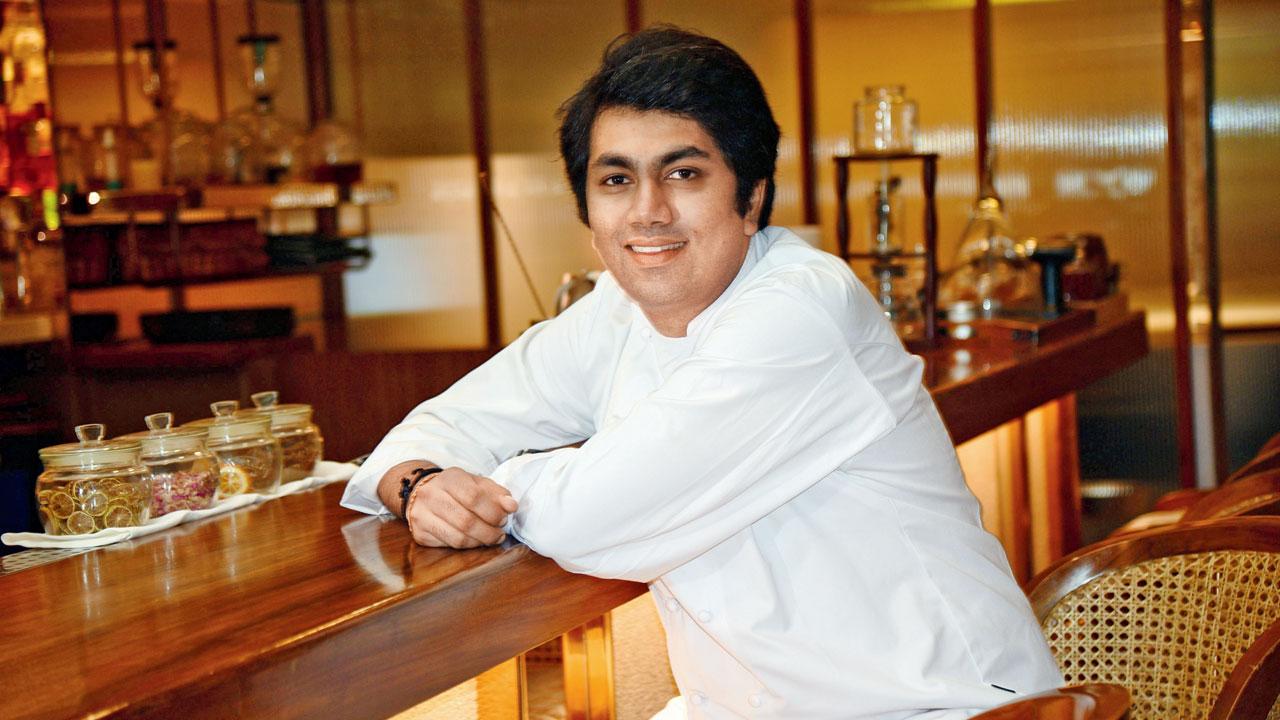 Modern artists had one thing in common—they wanted to steer clear of the classic; from the mundane and accepted. It began with a personal urge for self-exploration that redefined set approaches. In that sense, the representation of Indian cuisine overseas has also gone through its interpretive phases, with chefs taking outrageous steps to give the cuisine a makeover.

Chef Saini’s pet project, four-year-old Tres Ind Studio in Dubai, won its first Michelin Star and got a ranking of four on the World’s 50 Best Restaurants list in the Middle East and North Africa this year. Tres Ind, the restaurant, was number 18 on the same list. Saini, who began his career with Chef Manish Mehrotra at Delhi’s celebrated Indian Accent, has come a full circle, but only after shedding  his modern, post-modern and progressive approach to Indian cuisine. He even  goes so far as to say that there is no such thing as modern Indian food.

Edited excerpts from an interview:

What is the relevance of modern Indian food today?
In the last four years, we’ve developed a fresh philosophy around our cuisine. I spent 2021 travelling through Europe, giving talks and addressing people. Indian food is so layered that people outside of India find it complex. At one conference, I asked the audience to name five Indian dishes, and they couldn’t. What is the point of cooking modern food, when foreigners don’t get basic Indian food? We have restaurants such as Gaggan that have given Indian food a spin, but there is not enough market for understanding it. As Indians are evolving, so is our food. Today, I can say with confidence that the word ‘modern’ doesn’t exist. Instead, I call it ‘evolved’ Indian food.

What brought about this change?
When I started, I was in a very different space. The lockdown has given everyone wisdom and the time to reflect, think, and start over. My time with international chefs through collaborations and cookouts is what stirred this change; I spent time and cooked with mastermind chefs. Everyone was willing to work since Dubai had opened up [post the COVID-19 pandemic]. It was not about learning a recipe from them. If I can pick one per cent of their brains, it gives me a new in-road into my cooking. I had the pleasure to cook with Slovenian chef Ana Ros, Chef Jorge Vallejo and Torno Subito’s Chef de Cuisine, and a protégé of Massimo Bottura, Chef Bernardo Paladini.

Share some revelations...
Not every restaurant can be a Noma. They have studied fermentation, conducted research, and published books. We have been making kanji vada for centuries, but we never talked about fermentation. Why talk about it now?
Chef Andreas Caminada, whose IGNIV has won three Michelin stars in Switzerland, ate at the Studio after the lockdown. After the meal, he told me, “Leave the foie gras and truffle to us. Your food already tastes so good.” Today, we would use truffle, caviar or any other expensive ingredient only if I could justify it.

How have you refined or redefined your food?
I dropped all premium ingredients and focussed on accentuating Indian spices. European and Japanese food has one central animal protein; the vegetables are side dishes that accompany it. I reversed this. For example, one dish at the Studio is a corn curry with charred lobster tail. I tell my guests that the star of the dish is the corn. It has undergone three hours of cooking, and hence cannot be charred. So, the burnt lobster tail plays that role. Another is a crab ghee roast which we bake in Sri Lankan cinnamon bark. All the flavours of the cinnamon are absorbed by the dish. Here too, the spices are the star, not the crab.

Where are you now, mentally?
It may have begun with reinterpreting classic dishes, but my conscious effort is to create new dishes—new classics. The meetha achaar pork ribs at The Indian Accent or the blue cheese naan are new classics. The [old] classics have their place. I may make a dish that includes a little bit of various south Indian eats but the combination, proportion of spice used, and the pickle makes it stand out. How does a dish become classic? When it is fed to enough people. Sometimes, in a bid to stand out, we try to constantly change. But Massimo Bottura told me, that people don’t get it at one shot. Pick five dishes and serve them a zillion times. One day, someone will recognise [their quality] and your life will change. For me, I don’t call my dishes signature; that implies a dead end. If I want to create a new classic, I will serve it till someone takes notice (smiles).